At the Manning Conference, the conservative climate plan is a scrap of paper 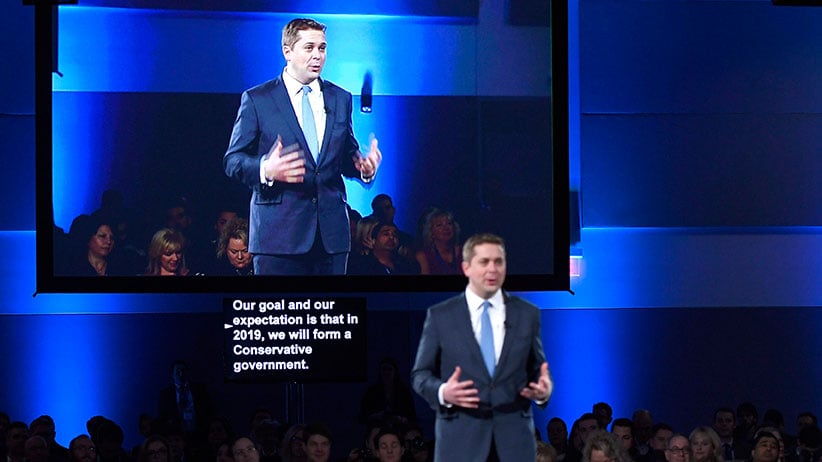 The conservative movement’s official list of carbon-reduction strategies is a mangled piece of paper ripped from a memo pad of the Westin hotel. On a panel in Ottawa on Saturday titled “development and sustainability,” moderator and energy executive Michael Binnion produced from his pocket a list of alternatives to a carbon tax, which he had officially scribbled down.

“I want to tell you right now that this official list for the conservative movement on the options that we’re going to discuss, I’ve just added one to it called ‘conservation measures and carbon sinks,’” said Binnion mid-discussion, holding up the paper while talking with three panelists who work in environmental policy or the oil and gas sector. “We’ve now got an agreed list.”

The panel was held in the last time slot of the last day of the Manning Networking Conference, a four-day, 10-year-running huddle of Canadian conservatives, brought to them in part by sponsors Enbridge, the Canadian Association of Petroleum Producers and CN Railways.

Former Ontario PC Leader Patrick Brown had pitched a carbon tax in his platform, called the “People’s Guarantee,” but after his resignation in January, all three of the new leadership candidates—Doug Ford, Christine Elliott and Caroline Mulroney—discarded the tax idea. The federal Tories do not have a climate strategy, but they oppose a carbon tax, which they say will financially hurt Canadians. And based on the final panelists of this year’s Manning conference, the conservative movement needn’t worry about getting distracted by climate policy.

Binnion, the president and CEO of resource exploration company Questerre, had to begin by recognizing climate change denial. “I’m going to take two issues off the table so that we don’t get into the debate that we had last year,” he said. “One issue is the idea that climate change is not real, that the globe isn’t really warming, that this is not an issue. I’m not saying that isn’t worth discussing somewhere by somebody, but there’s certainly no point in having a policy discussion with emissions if you don’t even believe there’s a problem.” 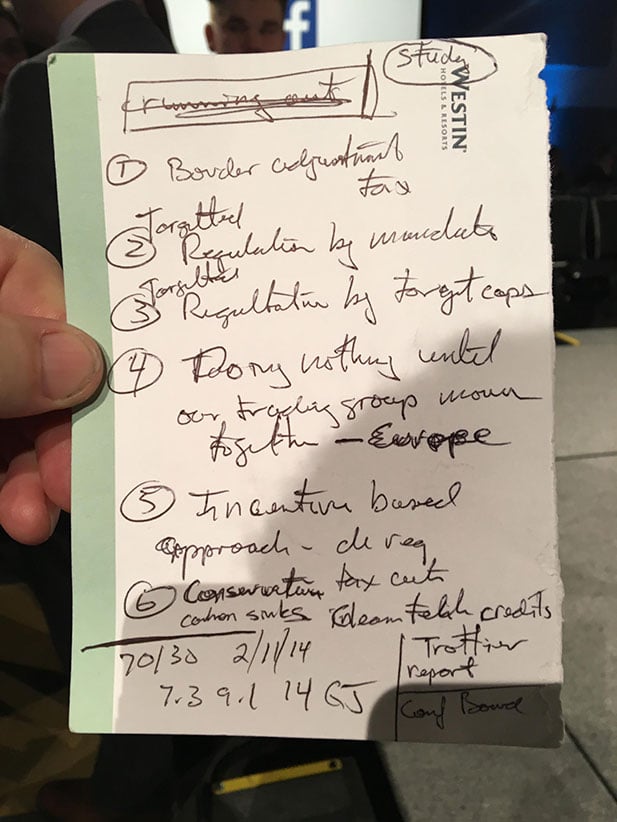 In a debate with two of same panelists at the 2017 conference, Binnion had said there was no evidence that carbon pricing would help the environment: “Incredibly, there is no comprehensive environmental study on this environmental policy. It doesn’t exist.” In response, David McLaughlin, the senior climate advisor for the Manitoba government, had said conservatives “refuse to do any thinking, any hard thinking, about any alternatives.” “Is it because they don’t believe in climate change or think it doesn’t really matter? Some days, I’m afraid so.”

Tories revisited the troposphere on the weekend with panelists Mark Cameron, executive director of the not-for-profit Canadians for Clean Prosperity, Jeff Gaulin, a vice president of the Canadian Association of Petroleum Producers, McLaughlin and Conservative MP Ed Fast. (The second issue Binnion took off the table was that they must reduce emissions simply because voters demand it).

McLaughlin introduced Manitoba as the only Conservative province with a climate plan, but he criticized the federal government’s imposition of a carbon pricing regime—“It costs more, gets less [reductions]. What the hell kind of a bumper sticker is that?” He argued for “carbon savings accounts,” by which Manitoba created three five-year targets, recognizing it may miss its specific deadlines but vowing to meet the cumulative end goal in 15 years.

Doug Ford has spoken against a carbon tax since his campaign launch, and Mulroney and Elliott followed him on Thursday. The list of alternatives, according to the sustainability panel, includes regulation by target reductions (such as Ontario’s target to reduce emissions by 80 per cent between 1990 to 2050), targeted regulation by caps, an incentive-based approach, conservationism (for example, protecting an area in southern Saskatchewan for carbon sequestration), green technology credits, or doing nothing until Canada’s trading partners demand it.

Former B.C. Premier Christy Clark joined the echo chamber against carbon taxes at the conference, as one who froze her province’s carbon tax in 2016 and argued on Saturday that the Trans Mountain Pipeline is needed to make Canadians richer. “Is anybody out here asking yourselves, ‘what the hell is a Liberal doing talking to the Preston Manning conference?’”

Manning himself wandered into the room to listen to the panel, stayed a moment and left. After his time slot, Binnion told the panelists they were “absolutely fantastic,” and he tucked the list back in his breast pocket.

Correction, Feb 13, 2018: An earlier version of this story misidentified Mark Cameron. He is the executive director of Canadians for Clean Prosperity.