Bill Blair gets a smackdown from Canada's information watchdog 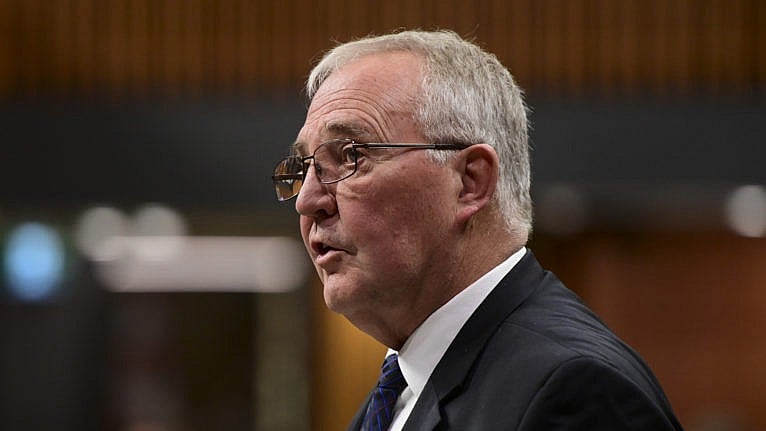 Minister of Public Safety and Emergency Preparedness Bill Blair answers a question during question period in the House of Commons on Parliament Hill in Ottawa on Monday, Nov. 16, 2020. (Sean Kilpatrick/CP)

Public Safety Minister Bill Blair found himself on the wrong side of a blunt message from the federal watchdog on government transparency. Information commissioner Caroline Maynard dropped a bombshell report into the Royal Canadian Mounted Police’s access-to-information operations. The Mounties, Maynard concluded, were failing their transparency obligations “by nearly every measure.”

The commissioner had harsh words for Blair. “He has ignored most recommendations and appears unconcerned by the [RCMP’s] failings,” she wrote. And in a letter to the minister, Maynard scolded Blair. “It is incumbent on you to take any necessary actions to ensure that our country’s national police force complies with the law on your behalf. Canadians expect it and deserve no less.” A watchdog telling a minister to force the police to follow the law. Seems like the public safety minister should have a response. For hours, Blair offered no comment and his Twitter and Facebook accounts remained silent.

The Tories tabled a motion yesterday that hoped to force the government into a decision on Huawei‘s potential participation in the development of Canada’s 5G infrastructure. For more than two years, the Liberals have hemmed and hawed on a decision to allow—or ban—the Chinese telecom giant. Three of the Five Eyes partners have already barred Huawei. The Tories want a decision within 30 days. They also want a plan, in short order, to “combat China’s growing foreign operations here in Canada and its increasing intimidation of Canadians.” Liberal MP Wayne Easter, the co-chair of the Canada-U.S. parliamentary group, came out in favour of a ban. His caucus colleague, Rob Oliphant, simply asked for the 30-day limit to be excised. The Liberals, it appears, want more time.

Prime Minister Justin Trudeau‘s ethical sin of the year was not recusing himself from cabinet discussions about a charity that had paid his mother and brother hundreds of thousands of dollars for speaking engagements. Now, the Globe and Mail has revealed former Tory boss Andrew Scheer, who railed against the PM’s family ties, employed his own sister-in-law until this week—and, for four years between 2008 and 2012, gave a job to his sister. Neither case violated existing ethics rules, but Scheer was forced to make a Trudeauian mea culpa: “I understand that in this case, following the rules may not have been enough.”

Industry Minister Navdeep Bains yesterday tabled an overhaul of its privacy law that protects Canadians’ personal information from misuse by private companies. The Liberals say Bill C-11, the so-called Digital Charter Implementation Act, will include the “strongest fines among G7 privacy laws“—up to five per cent of a company’s revenue or as high as $25 million. The new law would also give Canada’s privacy commissioner the ability to force companies to comply with orders from the watchdog.

The Commons government operations committee asked the parliamentary budget officer to estimate the cost of two brand-new replenishment ships built for the Navy by a Vancouver shipyard and the cost of two refurbished ships contracted out from a Quebec shipyard. The PBO found a $2.7-billion difference. The converted ships, one of which is already in service, would cost $1.4 billion compared to the $4.1-billion price tag for new vessels, which have faced years of delays. But these number crunchers aren’t defence specialists, so the PBO had no opinion on any capability gap between the new and used options.

Deep freeze: When Pfizer’s potentially game-changing COVID-19 vaccine recently made headlines, the world’s attention briefly turned to the need for especially cold freezers to store the stuff. You’d think any federally procured deep freezers would be targeted at the vaccine—but no, the Canadian Grain Commission is looking for its own “ultra-low temperature” freezer for its “living collection of biological material” that can maintain temps of -145 Celsius.

A 2019 Harley Davidson Sportster could be yours, courtesy of the federal surplus store. The motorcycle’s exhaust pipe was modified by Environment Canada for emission testing purposes.

Trump hypes Elections Canada: The outgoing leader of the free world attempted to frame an Elections Canada tweet about paper ballots as proof that Americans can’t trust their own electoral system—including the electronic Dominion Voting Systems, a platform founded in Canada, that’s at the heart of a largely debunked conspiracy theory about Biden-biased software glitches. “THIS SAYS IT ALL,” tweeted the president. Pity the Elections Canada social media team.