Politics Insider for July 23: The finance minister limps through an appearance at committee, the U.S. is no longer safe and the Maid of the Mist is packed—with Americans 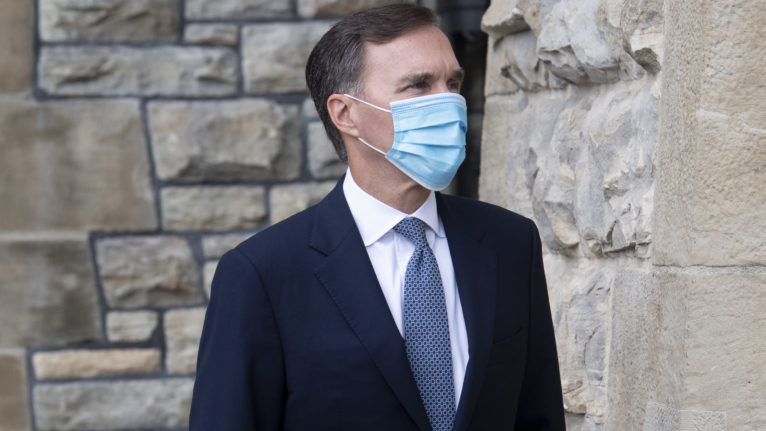 Who among us hasn’t lost track of $41,000? Yesterday, Finance Minister Bill Morneau admitted to a serious bout of fiscal illiteracy that reminded most people watching that he was wealthier than them—and then he apologized for it. Morneau was testifying at the Commons finance committee, which expected to grill him about his non-recusal on WE’s involvement in the fledgling Canada Student Service Grant. But the FinMin, for whom the old cliché “embattled” now sounds appropriate, gave them the red meat they never expected.

Morneau’s family embarked on two WE trips in 2017—one to Kenya and another to Ecuador. They repaid $52,000 in expenses for the Kenyan jaunt, but only yesterday did he cut a cheque for $41,000 in expenses related to the South American sojourn. He and his family had, Morneau said, not noticed that they hadn’t accounted for those expenses. If he’s telling the truth, that’s damning all on its own for a minister whose daughter works at WE, and whose family donated $100,000 to the charity over the past few years—including $50,000 last month.

The comparisons came at Morneau fast. The sum at hand added up to more than the average Canadian income in 2017, and more than 2,500 glasses of orange juice—perhaps the worst expense ever claimed in the Harper era—at London’s Savoy Hotel. Eventually, Morneau virtually limped away from the committee. The Tories are now demanding his resignation.

And then, in a split second, Morneau’s boss stole some headlines. The Globe broke new news at 3:38 p.m. Prime Minister Justin Trudeau, himself staring down a serious case of embattlement, will testify at the same committee. The date and time are still to be determined.

Speaking of ethics and the law, access-to-information commissioner Caroline Maynard submitted a special investigation into the Department of National Defence‘s poor record on disclosing public information. Maynard identified not one, not two, but nine serious concerns with the department’s conduct. And she referred a case of potential law-breaking, in which she alludes to possible destruction or falsification or concealing of documents, to Attorney General David Lametti. Anyone found guilty of breaking that particular law can face hefty fines or even time behind bars.

The U.S. is no longer safe: A federal judge has ruled the Safe Third Country agreement, a bi-national deal with the Americans, unconstitutional. The terms of the agreement say that refugee claimants must make their claims at the first safe country they reach. They can’t arrive in the U.S., and then venture north to make a claim at a Canadian port of entry. But the judge’s ruling—read it in full here—concluded that claimants who are turned back from Canada could face imprisonment in the U.S.—a violation of their Charter right to “life, liberty and security of the person.” Shall we start the countdown to the Trump tweet?

Jason Markusoff, writing in Maclean’s, observed that the judge was able to step in where the Trudeau government, wary of breaking the asylum pact with an unpredictable and anti-refugee White House, would simply not tread.

When the feds eventually wrestle with the massive deficit and look for “efficiencies” that are often code for “real people with jobs,” the famously recession-proof nation’s capital may be in for a reckoning. But for now, collective bargaining with annual pay increases is still on the table. Treasury Board president Jean-Yves Duclos announced a new tentative agreement with 10,000 public servants in “technical services” that’ll see their salaries rise by 6.64 per cent over three years. That agreement only extends to next July, though. The previous contract expired back in 2018.

Twenty-seven per cent of all federal workers—that’s 76,804 employees—took what’s known as “699” leave in the first 11 weeks of the pandemic. CBC News reported that specific absence, which covers workers who are “unable to report to work for reasons beyond their control,” cost the feds $439 million. The largest public servants’ union said school and child-care closures, which kept kids at home, forced parents to make alternative arrangements.

Buckingham Palace had no comment: The latest allegations of harassment at Rideau Hall has senior management in damage-control mode. CBC News reported that Julie Payette’s second-in-command, Assunta Di Lorenzo, sent an internal memo that committed to “fostering a healthy work environment.” Buckingham Palace sent a brief statement to CBC: “It’s a matter for the GG’s office.” NDP leader Jagmeet Singh has called for an independent investigation.

Mark your calendars: On July 28, our friends at Ottawa Magazine are hosting a fireside chat with Mayor Jim Watson. The order of the day is a conversation on how cities—including the nation’s capital—can recover from COVID-19. Sign up for the virtual event right here.

The Maid of the Mist, coronavirus and America’s ship of fools: Even as Canada’s coronavirus case count ticks up amid large-scale economic reopening, the impression persists that Canadians are treating the pandemic with seriousness and Americans are routinely more cavalier about it all. An image of duelling ferries beneath Niagara Falls—one has barely anyone aboard, the other is packed—tells the whole story.