Blanchet to Wexiters: No separatist tips for you

Politics Insider for Nov. 14: Blanchet's got Trudeau's back, Singh not so much and how Obama won Trudeau the election 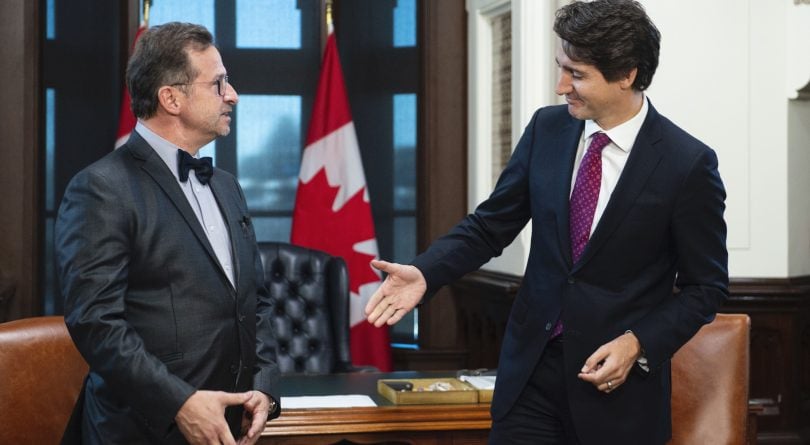 Separatism 101: On Wednesday Bloc Quebecois leader Yves-Francois Blanchet, took his place in the chair next to Justin Trudeau as the Prime Minister continued his brief chats with opposition leaders ahead of Parliament resuming next month. It was a chill affair, although Blanchet — arguably the recent election’s biggest winner — expressed zero interest in voting against Trudeau’s throne speech and toppling the Liberals.

Ultimately though, Blanchet wants Quebec to split from Canada, so don’t look to him to be “one that will fight to have a nice, beautiful and united Canada,” he said. But that doesn’t mean he’s eager to offer any handy tips to Wexiters who want out of Confederation: “If they were attempting to create a green state in western Canada I might be tempted to help them. If they are trying to create an oil state in western Canada, they cannot expect any help from us.”

Talking tough: Up next in the chair later today is the NDP’s Jagmeet Singh, arguably the election’s biggest loser, who saw the party lose one-third of its seats. So not surprisingly, Singh wouldn’t mind a do-over. “We are absolutely open to voting against the throne speech if it doesn’t include some of the priorities we know Canadians need,” he said, though exactly how the party could undertake another campaign with its finances in such rough shape was a question for another day.

Speak up: When Parliament does get back to work on Dec. 5, the first order of business will be for MPs to elect a Speaker of the House. The guy who held the job before the election is game if MPs will have him back. Halifax Liberal Geoff Regan has put his name in the hat. Or more precisely, he left his name in the hat — all MPs except party leaders and those in cabinet are automatically put on the ballot unless they ask to have their names withdrawn. (For more process nerdity around getting the job of Speaker, here’s process nerd Kady O’Malley.) So far, three other MPs are still in the running: Conservative MP Bruce Stanton, Liberal MP Anthony Rota and NDP MP Carol Hughes.

The foreign influence that mattered: If there’s one thing that turned the election tide back in Trudeau’s favour after the blackface scandal, it was that endorsement tweet from former president Barack Obama, Liberal insiders tell the National Post‘s John Ivison:

“It recharged the base – those people who had been embarrassed by Trudeau’s behaviour (in the ‘blackface’ scandal). Obama gave everyone the re-assurance that Justin was a great guy and not a racist,” said one campaign staff member.

In marketing terms, this was the cognitive dissonance moment, when people who had supported Trudeau, but been confronted with facts contrary to their beliefs, found a way to resolve that contradiction to reduce their discomfort. If someone of Obama’s stature was supportive, it allowed people to feel better about voting for Trudeau.