Politics Insider for July 11: The feds pledge support for Canadian beef, a Liberal escapes punishment for rule-breaking, and the Supreme Court gets a new nominee 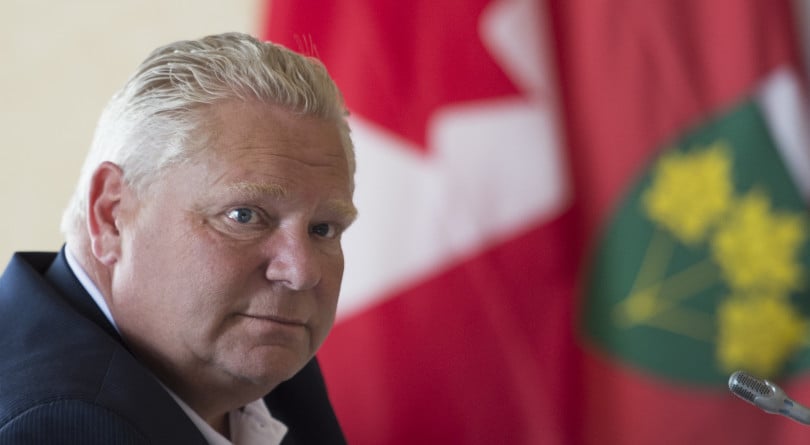 You sometimes get the feeling that Justin Trudeau Liberals and Doug Ford Progressive Conservatives relish a good scrap. When news leaked to the Globe and Mail—from a federal official—that Bombardier planned to lay off half its workforce at a Thunder Bay plant, nobody wanted to take the blame.

The company pointed to the “cyclical nature” of its business. Ford said the province had a plan to save the jobs, and asked for the whereabouts of federal dollars that could help workers. Team Trudeau’s Labour Minister, Patty Hajdu, said the provincial Tories hadn’t even applied for federal transit funding, and accused them of sowing “chaos, confusion and paralyzation.” To say things have derailed here would be both an awful pun and a total understatement. [Globe and Mail, CBC News]

Elsewhere in intergovernmental relations: Canada’s premiers want the feds to take a harder stance on negotiating exemptions to so-called Buy America provisions south of the border—which, they say, could help companies like Bombardier save jobs. [CBC News]

Where’s the beef? In the heart of Calgary, at an internationally renowned festival of western culture, Agriculture Minister Marie-Claude Bibeau (wearing, of course, a plaid shirt and cowboy hat) yesterday announced $8.3 million for Canada’s beef industry. The bulk of the money will be spent on marketing in European and Asian markets. A not-insignificant $1.7 million is earmarked for the creation of “new tools” for beef producers that will “build public trust” around the world. Bibeau claimed the funding was in no way related to China‘s recent barring of Canadian meat imports. [CBC News]

Ever heard of Nicholas Kasirer? The Quebec appeals court judge, sent there by the former Conservative government, is now in line to sit on Canada’s top court. Trudeau nominated him to fill an impending vacancy. A key passage from Kasirer’s job application, on how far judges should go when interpreting the laws before them: “Striking the right balance between … competing calls to caution and to courage is a central challenge in the exercise of judicial responsibility in a constitutional democracy. In my experience, they’re not incompatible.” [CBC News, Application questionnaire]

Anita Vandenbeld, a first-time Liberal MP in Ottawa’s west end, broke federal ethics rules when she voiced a robocall in support of her husband’s 2018 bid for a seat on city council. The only reason she won’t be punished by ethics czar Mario Dion is that said husband, Don Dransfield, lost that election. He finished a distant second to Theresa Kavanagh, and his “private interests” were therefore not “furthered” by the infraction. [CTV News]

A new Forum Research poll brings cautiously good news for pro-pipeline politicians and the lobbyists who lobby them. 54 per cent of Canadians support the Trans Mountain pipeline expansion, reports the Toronto Star. The results in B.C. piqued the interest of Forum president Lorne Bozinoff, who mused that Liberals might be counting on the votes of the silent majority of British Columbians—57 per cent of them—who support the project. [Toronto Star]

The PM’s agenda: Trudeau starts his day in Ottawa, where he’ll sit down for an “armchair discussion” at the Canadian Teachers’ Federation’s annual meeting at the downtown Marriott. Trudeau then flies west to Edmonton, where he’ll cap his evening with a campaign rally, joined by Natural Resources Minister Amarjeet Sohi, at the ornately named Grand Imperial Banquet and Conference Centre. [PM itinerary]

Not one, nor two, but three Liberal cabmins will be in Montreal today. Science Minister Kirsty Duncan will announce funding for “world-leading discovery work” at Polytechnique Montréal. At the same time, Small Business Minister Mary Ng (yes, that Mary Ng) will visit Startupfest at Parc Jean-Drapeau—and mingle with Shopify COO Harley Finkelstein. This afternoon, Mélanie Joly will head to the local Museum of Fine Arts to, yes, hand out some federal largesse. [Duncan, Ng, Joly]

If you happen to live in Ottawa, walk over to the Tin House courtyard in the ByWard Market and behold a new piece of federally funded public art. Two sculpted shepherds, standing atop their sheep, are joined by a long staff—”or maybe,” reads the announcement, “it’s a long Pinocchio-like nose.” A sculpture of two liars facing off, standing on the sheep that follow them? Apt, Ottawa. Quite apt. [This is the art]