Politics Insider for Feb. 19: An 'extraordinary' day in Parliament, NAFTA faces a final hurdle and the Royals have their own Martha's Vineyard 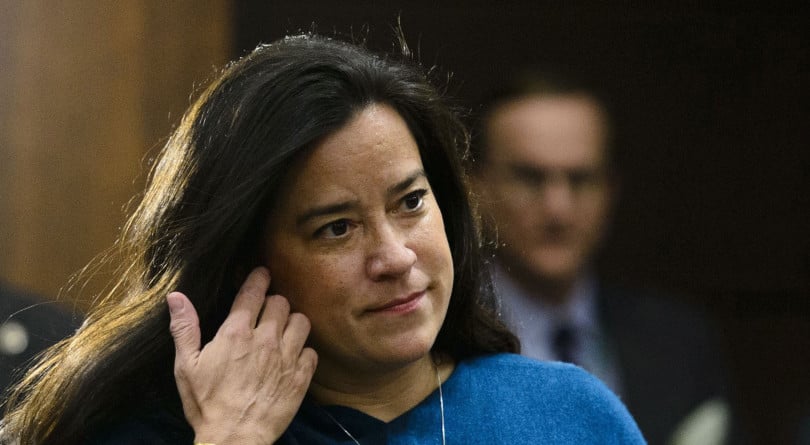 Jody Wilson-Raybould appears at the House of Commons Justice Committee on Parliament Hill in Ottawa on Wednesday, Feb. 27, 2019. (Sean Kilpatrick/CP)

Justin Trudeau called for patience from Canadians. Andrew Scheer rejected Trudeau’s plea as the “weakest response” to a national crisis in Canadian history. Jagmeet Singh denounced Scheer’s response to Trudeau’s speech as “absolute racism.” So the tenor of debate in Ottawa, as blockades in solidarity with Wet’suwet’en hereditary chiefs continued to strangle railways, tended toward the negative.

Justin Trudeau ejects a protester: Paul Wells remarked that yesterday was “one of the most extraordinary days I’ve seen in a long career on Parliament Hill.” There was a lot of action, which Wells unpacks, including the freezing out of an opposition leader from an otherwise all-party leaders’ meeting on this next tense chapter in reconciliation with Indigenous people. Wells concludes with some key questions:

Will Trudeau always be eager to put patience ahead of a smoothly functioning transportation network? Will there come a day when it’s, say, Jagmeet Singh whose attitude disqualifies him from Trudeau’s good graces? When even a Liberal government must act, more in sorrow than in anger, to make sure the trains run? I don’t know, and it’ll be best if this Gordian knot unties itself before we find out. But it wouldn’t be the first time this government has swallowed itself whole.

At the end of the day, former cabmin Jody Wilson-Raybould offered to serve as a mediator. Will the government listen to a pitch from a former colleague-turned-independent who told CTV News she was “surprised” she wasn’t invited to the leaders’ meeting?

Do we hafta NAFTA? Parliamentary committees, where eons of observers have said the “real work gets done,” are back in the swing of things this week. Over at #CIIT (that’s the international trade committee), the new NAFTA is under the microscope. When Chrystia Freeland testified yesterday, she turned politics upside down. The NDP, which fervently opposed free trade for many years, supported the Liberals in fast-tracking the bill that ratifies the trade deal. The Conservatives, who fought fancy themselves historic champions of free trade and fought the 1988 election on the issue, delayed their support—pledging to ultimately get out of the way, but not before closely studying the deal.

Among today’s #CIIT witnesses is Flavio Volpe, the candid president of the Automotive Parts Manufacturers’ Association. Volpe told Maclean’s his message is simple: the time to negotiate is over. He doesn’t oppose Conservative efforts to give the deal a closer look—”more information is good,” he says—but he doesn’t know what it would accomplish. “I’d be surprised to see any new stone unturned.” (Listen for the sound of garbage cans at committee. This tweet explains why; it’s apparently not totally a joke.)

Later this week, the House finance committee will, having heard from the requisite stakeholders and combed through 261 submitted briefs, hash out its pre-budget recommendations. Last year’s tome clocked in at 258 pages. But the committee has one major witness left on its docket: Finance Minister Bill Morneau, who testifies today.

Have a little respect: The auditor general of Canada found that neither the Correctional Service of Canada nor the Canada Border Services Agency had done enough to offer employees a respectful workplace. “We surveyed employees in both organizations and found that they had serious or significant concerns about organizational culture, and that they feared reprisal if they made complaints of harassment, discrimination, or workplace violence against fellow employees or supervisors.” Indeed, 26 per cent of CSC employees who filled out a survey reported harassment last year (down from 32 per cent in 2018).

Your newsletter correspondent wrote a story about the plan if disaster struck the nuclear plant on Toronto’s outskirts. Rest assured that systems are in place to mitigate the worst-case scenario. And, hey, international inspectors just stamped their approval on the Canadian Nuclear Safety Commission‘s various policies and procedures meant to keep radiation where it’s supposed to be. Breathe easy, folks.

Tomorrow, Paul Wells hosts his first Maclean’s Live conversation of 2020. Three senators—Denise Batters, Paula Simons and Jane Cordy—will talk politics with Wells at the National Arts Centre at 7 p.m. If you’re in Ottawa and would like to attend, RSVP here.

Talking to Americans: NBC News has discovered the chunk of B.C. known as Vancouver Island, and the network is here to say that Harry and Meghan, who’ve taken up residence there, might turn the place into the new Martha’s Vineyard. Because, of course, everything needs to be Americanized for an American audience.