For Canada to attract billions of dollars in foreign investment, the deepest pockets in the world must regard this country as an oasis of long-term stability. It's not clear they do. 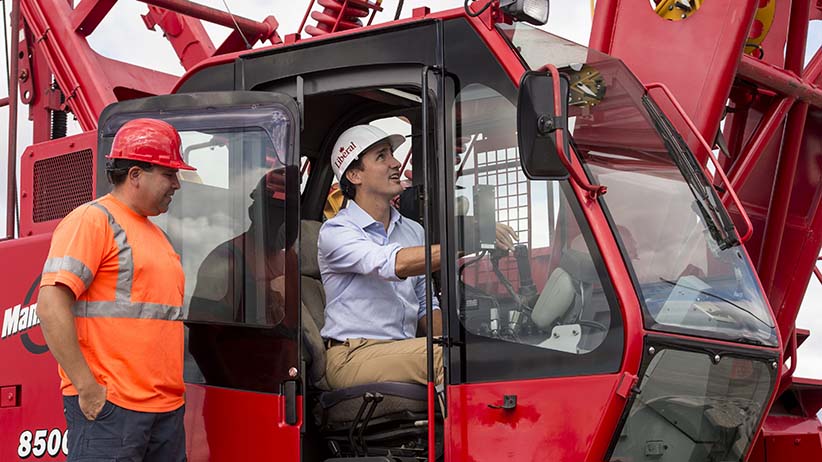 Saskatchewan premier Brad Wall said that “for the West to continue on like this in our federal system” amounts to “Stockholm syndrome.” Montreal mayor Denis Coderre gloated, which set Calgary mayor Naheed Nenshi off. Lisa Raitt pronounced Justin Trudeau a “disastrous” “failure.” In the Commons at Question Period, the Prime Minister was categorical: ’twas the low price of oil that killed Energy East, and meanwhile it’s not as though Stephen Harper could get anything done either.

Certainly the price of oil—and the availability of another outlet for TransCanada’s oil, the apparently-any-day-now Keystone XL pipeline running south into the land of our troubled American neighbours—must have factored into the Energy East decision. Not only were there quick analyses written to that effect on Thursday, there were predictions to that effect written before the National Energy Board changed its evaluation criteria.

But the main protagonist, TransCanada itself, is not mute. The proponent wrote to the NEB to throw in the towel. Its letter names one specific obstacle to continuing: “substantial uncertainty around the scope, timing and cost associated with the regulatory review of the projects [emphasis mine].” The “existing and likely future delays resulting from the regulatory process, the associated cost implications” — and unspecified other “issues and obstacles” facing the projects — were all TransCanada needed to call it a day.

That helps explain why Alberta premier Rachel Notley, who was elected on much the same sales pitch Trudeau used on energy files—energy and the environment need not be antagonistic, a cleaner government will have an easier time finding markets, and so on—had a blunt message for the NEB in her own statement: “Investors need confidence” and “We look forward to seeing that certainty in place soon.”

Living out here as we do in the world of the non-elected, you and I are not required to pick a single culprit for every decision. It’s possible that low resource prices and Donald Trump’s firm “probably” on Keystone had a lot to do with this decision, and that the NEB had a lot to do with it as well.

The current state of affairs—that large and controversial projects designed to achieve legal ends for legitimate businesses somehow never seem to end up getting built—has implications beyond the realm of oil and climate change.

The Trudeau government’s economic plans depend to a great extent on the hope that foreign investors with deep pockets will find Canada a congenial place to park their billions. This is most spectacularly true of the Canada Infrastructure Bank, so cherished by Bill Morneau that I’m told it was never the object of a memorandum to cabinet for general discussion (and potential dissent) among a large number of ministers. Morneau simply announced the Bank in a fall update in 2016 and bankrolled it in his 2017 budget, and from there, it’s up to the world’s pension funds to come shopping for ports, roads and railways to invest in. But the government also wants to make CETA real by attracting big European investments, and it is always hoping for some kind of breakthrough in trade with Asia, especially China.

For the kind of step change in foreign investment that the Trudeau government wants—investments on the scale of many tens of billions of dollars in the aggregate—to happen, the deepest pockets in the world need to be able to regard Canada as an oasis of long-term stability.

The Infrastructure Bank already comes loaded with some obstacles to the easiest and fastest investment decisions. For instance, it’s said to be aimed at promoting only “greenfield” projects, newly-built developments with their attendant risk of delays and cost overruns, instead of the already-existing “brownfield” projects investors prefer. And we don’t even know what will happen if all the projects that attract investment to the Bank are in one or two provinces, leaving the impression that you can’t count on global investors to play the regional-equity games so dear to our fragile federation.