Politics Insider for Nov. 19: A new threat assessment predicts foreign actors want the capability to disrupt critical infrastructure, the Tories are split on hiring family ties and a storied ship is finally scrapped 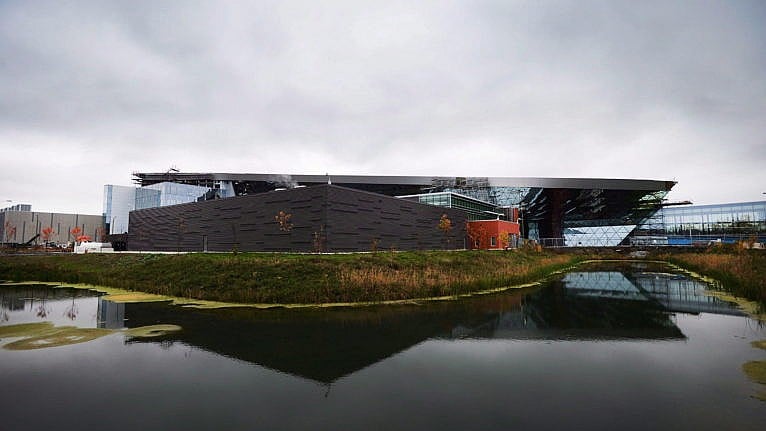 The federal Tories won’t wait for an in-person policy convention next August. Party president Scott Lamb announced a shift to a virtual event to be held March 18-20. With an election perpetually just around the corner, a refreshed policy book for the O’Toole era might just be ready in time for a spring trip to the polls—if, that is, the House loses its tenuous confidence in the Liberals just as temps start to rise.

Yesterday, Tory deputy leader Candice Bergen told reporters that she had no concerns with an MP hiring an in-law on the taxpayer dime (see: the case of Andrew Scheer). Others in her party, including Alberta MP Shannon Stubbs, disagreed with that assessment. All of them went after PM Justin Trudeau for failing to recuse himself in matters related to funding of a charity that paid his mother and brother. So what exactly is the difference between a direct relation and an in-law? (Your newsletter correspondent, for the record, sees his in-laws as family—and not just because they’re subscribers.)

The Senate’s national finance committee passed the government bill, C-9, that creates the new Canada Emergency Rent Subsidy. The committee’s report didn’t let Finance Minister Chrystia Freeland off the hook for a procedural flub that sparked fears that struggling businesses would have to paradoxically pre-pay their rent in order to be eligible for the subsidy. Senators also encouraged the government to expand eligibility for businesses “without a track record of expenses” and those that have suffered revenue losses but not been forced to close.

Health Canada has a new warning for Canadians: Don’t trust any ultraviolet disinfectant wands that claim to protect against COVID-19. The department “has not received evidence to support these claims.” A registry of diplomatically titled “advertising incidents” on Health Canada’s website includes two UV wand listings. The U.S.-based Food and Drug Administration doesn’t say the wands won’t stop COVID-19, but an extensive FAQ says “limited published data” prevents the agency from giving the green light.

The attack on WE led to an immense loss: Chip Wilson, an entrepreneur, philanthropist and the founder and former CEO of lululemon athletica, wrote an impassioned defence of WE Charity in Maclean’s. Wilson and his wife founded a charity that later merged with WE. Wilson writes the Kielburger brothers “deserve an apology from all parties, and they deserve to be brought back into the hearts and minds of Canadians.”

This summer, WE Charity became cancel culture’s latest victim. Headlines bent on selling advertising instead of reporting the truth, one party’s quest to win the next federal election, and another party’s questionable ethics not only destroyed its inspirational work, but stole the dream of Marc and Craig Kielburger to create impactful philanthropy on a global scale. This trifecta effectively colluded to kill off one of Canada’s greatest charitable success stories.

A rusted-out ship that has languished on the LaHave River in Bridgewater, N.S., for two decades is finally destined for a scrapyard. The vessel, once named HMCS Cormorant, still wears the Navy grey paint job that hints at its storied past. The Italian-built trawler was converted to a diving support vessel by Davie Shipyards in the 1970s. In 1980, the Cormorant was the first to allow women in uniform to serve aboard. The ship’s on-board submersible also once found the Breadalbane, a British ship lost in Arctic waters in 1853 while searching for the Franklin expedition—and helped salvage the bell aboard the wreck of the Edmund Fitzgerald. The Cormorant is, for now, still visible on Google Streetview.

Attn: political nerds: Former MP Barry Campbell, once the parliamentary secretary to then-finance minister Paul Martin, sent a note to Hill journalists about his Dictionary of Canadian Politics. Read all about parliamentary minutiae including the story of the bells that ring before votes, or brush up on vernacular like “the flying Taj Mahal” and chequebook federalism. Or just learn about the PM’s beard.