Maclean's is your destination for the 2015 election. Start with our in-depth primers on the issues that will dominate the election, like child care

Of Prime Minister Stephen Harper’s policy boasts, none riles his opponents quite like his claim to have shifted child care money from bureaucrats and academics “to the real experts. Their names are mom and dad.” NDP Leader Thomas Mulcair counters with a promise to partly fund hundreds of thousands of new daycare spaces across Canada. Many Liberals fondly recall the national child care strategy that the Paul Martin government cobbled together in deals with the provinces in 2005—only to have Harper scrap it after he won power the next year—but Liberal Leader Justin Trudeau hasn’t yet floated an early child care policy.

There are 5.7 million children under the age of 14 in Canada and 3.8 million families with children. The vast majority of Canadian women—more than 73 per cent—work outside the home. Conservatives have been accused of favouring two-parent households—especially by allowing income-splitting—over single-parent families. Statistics Canada says only 36 per cent of single moms or dads with children under five voted in the 2011 federal election, compared to 60 per cent of couples with children the same age.

Conservative:  Their signature program is the Universal Child Care Benefit, which pays $160 per month for each child under the age of six and $60 per month for children between the ages of six and 17. The monthly cheques are taxable, though.

—Establish optional parental leave of up to 18 months

NDP:  They promise to introduce a $15-per-day system that would create 370,000 new child care spaces by 2018-19 at a cost of $1.9 billion—and eventually rise to one million spaces. The plan would have a 60-40 funding formula between Ottawa and the provinces.

Liberal:  They would scrap the Universal Child Care Benefit and other related family benefits, replacing them with a new “Canada Child Tax Benefit,” which would pay even more to parents earning less than $150,000. At the upper range, a low-income family with one child under six would receive $5,400 tax-free.

—Establish flexible parental leave of up to 18 months 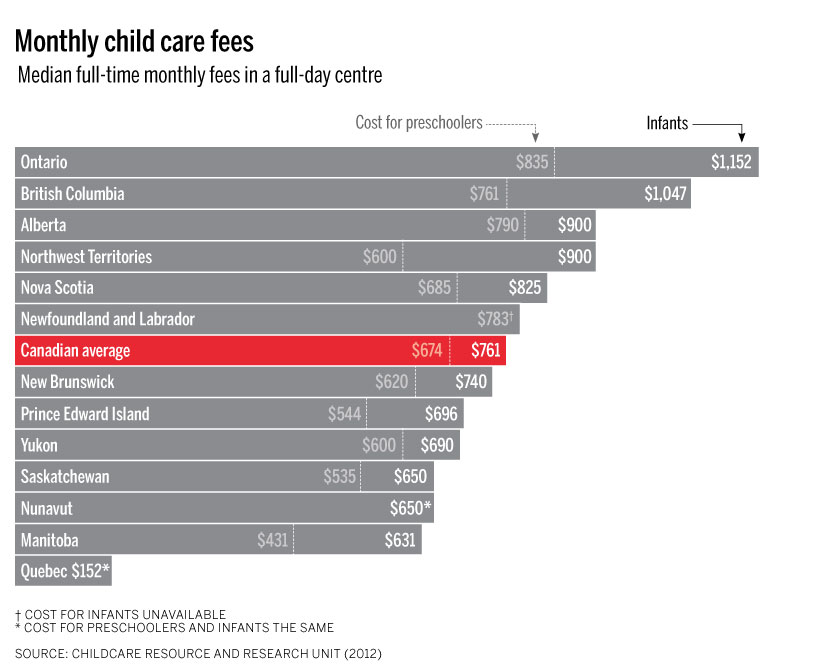 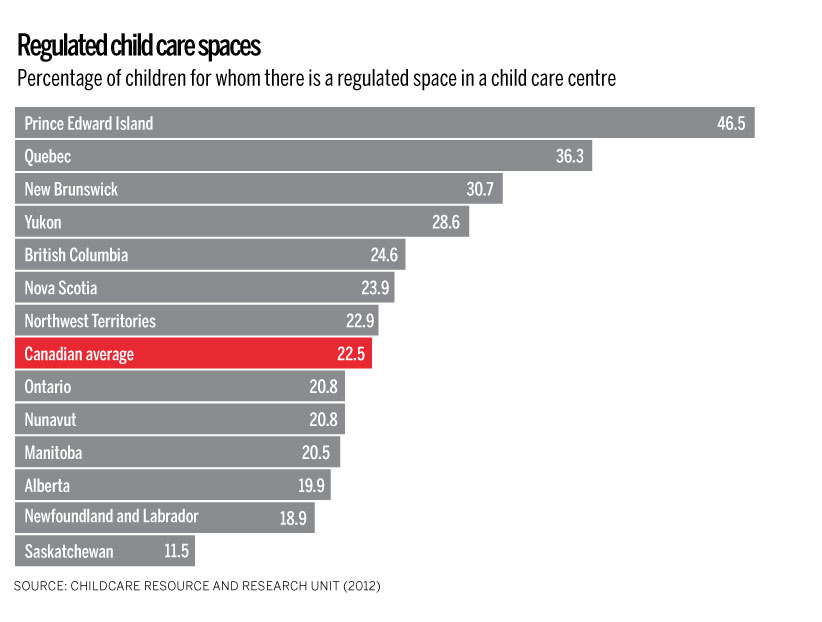 “Canadians should ask themselves what types of families are best served by the platforms each party is putting forward. They are directed at different kinds of families, helping some but not helping others, at least not as much. Policies oriented toward children almost always either encourage mothers to be employed or to stay at home, to use regulated child care or to use other types of care. Canadians need to feel comfortable with the direction of these incentives. Canadians should also ask whether the benefits that are likely to come from the policy changes are worth the costs, and who will gain the benefits and who will bear the costs.”
—Gordon Cleveland, University of Toronto economist, child care policy consultant