Chretien, Romanow and McMurtry attack Ford's use of the notwithstanding clause - Macleans.ca 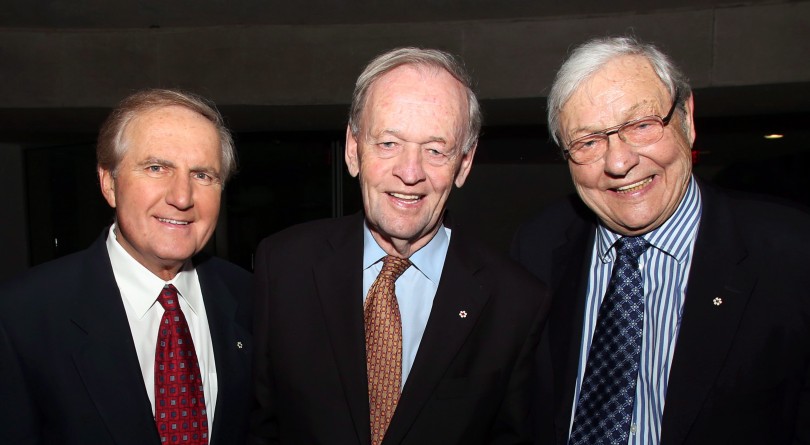 Roy Romanow, Jean Chretien and Roy McMurtry (left to right) are honoured at the Institute on Governance at the Modern Makers of Canada Awards dinner in Ottawa, Monday Dec. 10, 2012. (THE CANADIAN PRESS/Fred Chartrand)

Former prime minister Jean Chretien, former Saskatchewan premier Roy Romanow and former Ontario attorney general Roy McMurtry—the three people who negotiated the addition of the notwithstanding clause in the Charter of Rights and Freedoms in 1981—released a statement today condemning Ontario Premier Doug Ford’s use of the provision.

Ford this week became the first Ontario premier to invoke the clause while pushing through legislation to shrink the size of Toronto’s city council. A judge had earlier ruled that the legislation violated the Charter.

READ MORE: The path to a one-term Doug Ford

Chretien, Romanow and McMurtry say they “condemn” Ford’s action and “call on those in his cabinet and caucus to stand up to him.  History will judge them by their silence.”

Here is their full statement:

“The three of us, representing our respective governments, negotiated the inclusion of the Notwithstanding Clause in the Charter of Rights and Freedoms in 1981.

The clause was designed to be invoked by legislatures in exceptional situations, and only as a last resort after careful consideration. It was not designed to be used by governments as a convenience or as a means to circumvent proper process.  That was clear at the time, and it has been clear ever since.  That is one reason it has never been used – even once over the last 37 years – by the Ontario legislature – a point of pride with the people of Ontario.

We agree with former Ontario Premier Bill Davis, who played such a vital role in patriating the Constitution, and providing Canadians with a Charter of Rights:  Doug Ford’s use of the Notwithstanding Clause does not meet this criteria.

We condemn his actions and call on those in his cabinet and caucus to stand up to him. History will judge them by their silence.”