Cities are billion-dollar winners in Budget 2019 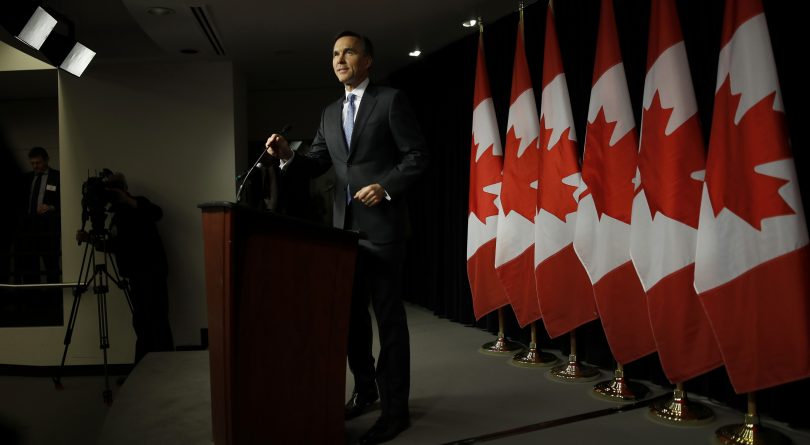 Most pundits predicted a pre-election budget filled with delicious treats for every type of Canadian who might conceive of picking up a voting-booth pencil come October. But rather than shovelling big funding at programs aimed at, say, Millennials attempting to buy their first homes or a national pharmacare program, the Liberal government opted instead to back up a couple of dump trucks full of money to the loading docks of Canada’s municipalities and flip open the tailgate.

The biggest single new spending item in the budget that Finance Minister Bill Morneau tabled in the House of Commons on Tuesday is a $2.2 billion “one-time transfer” through the federal Gas Tax Fund. That money doubles the usual federal-municipal transfer through that mechanism. The windfall is intended to address “serious infrastructure deficits” in municipalities and First Nations communities, the budget—entitled Investing in the Middle Class—says.

“In 2015, the Government made a commitment to ensure that promised infrastructure investments in communities would be kept,” the government says in the document. “Prior to that time, too often, money that had been budgeted for investment in communities was left unspent and unallocated—shortchanging cities and towns that needed those funds…”
That type of funding can get stuck behind a bottleneck based on criteria such as matching requirements or eligibility categories. So, the government has opted this time for a straight unencumbered transfer with few conditions attached to moving it out the door. To that end, Budget 2019 lays out a vast and varied list of “local priorities” this money could be used for. Eligible projects include local roads and bridges, highways, short-line rail, regional and local airports, broadband internet, public transit, drinking water, waste management and brownfield redevelopment, as well as projects that are less typical for infrastructure funds, including sport and recreation, cultural and tourism projects and disaster mitigation.

What’s more, this money is earmarked for the fiscal year 2018-19, meaning it will be doled out as soon as the budget receives Royal assent, likely in June.

In his prepared remarks to the House when he tabled the budget, Morneau took the trouble to highlight specific community infrastructure projects that have benefitted from gas tax funding, including a concession building in Dawson City, Yukon and an amphitheatre in Tracadie, N.B. Conspicuously, however, he did not cite the dollar figure associated with this one-off funding windfall. “Our communities are a priority,” he said. “We promised this help, and we’re delivering it.”

A second big tranche of money that will flow through local governments across the country is $1.01 billion intended to increase the energy efficiency of residential, commercial and apartment buildings. That funding will be administered by the Federation of Canadian Municipalities through the Green Municipalities Fund.

“The FCM has been the national voice of municipal government since 1901 and is a trusted partner in delivering federal funds directly to local governments,” the government says in the budget. The organization’s membership includes Canada’s big cities, small towns and rural communities, along with 19 provincial and territorial municipal associations.

The funding provided through FCM will be divvied up into different buckets aimed at goosing the energy efficiency of three distinct types of buildings. There is $350 million for “Collaboration on Community Climate Action,” intended to retrofit and improve energy efficiency in large community buildings, along with pilot and demonstration projects. Meanwhile, $300 million goes to “Community EcoEfficiency Acceleration” for municipalities to encourage home owners to make efficiency improvements to their homes. And $300 million goes into “Sustainable Affordable Housing Innovation,” which will provide funds to make affordable housing developments more energy efficient.

On this line item, Morneau was similarly fulsome on its purpose and bashful about dollar amounts in his prepared remarks for the House. “To make monthly electricity bills more affordable, we will enter into a partnership with the Federation of Canadian Municipalities to offer funds to make homes and businesses more energy-efficient,” he said. “This will help support retrofits—like new hot water systems or rooftop solar panels—that can help lower monthly bills,” he said.

There is also a smaller bit of funding within that $1.01 billion, in the form of $60 million earmarked to help municipalities “get skills training on how to catalogue, grow and maintain infrastructure assets.”

That $1-billion is also earmarked for fiscal year 2018-19, meaning it will flow out immediately. It will be administered through the existing Green Infrastructure fund, which provides different forms of funding—including loans—to eligible projects selected by an advisory panel and evaluated for the specific ecological goals each project claims it will accomplish.