Does Theresa Tam ever get a day off?

Politics Insider for March 11: The feds hope to head off an economic downturn at the pass, the toilet paper shortage is all about anxiety and Mark Carney gets ready for Canada 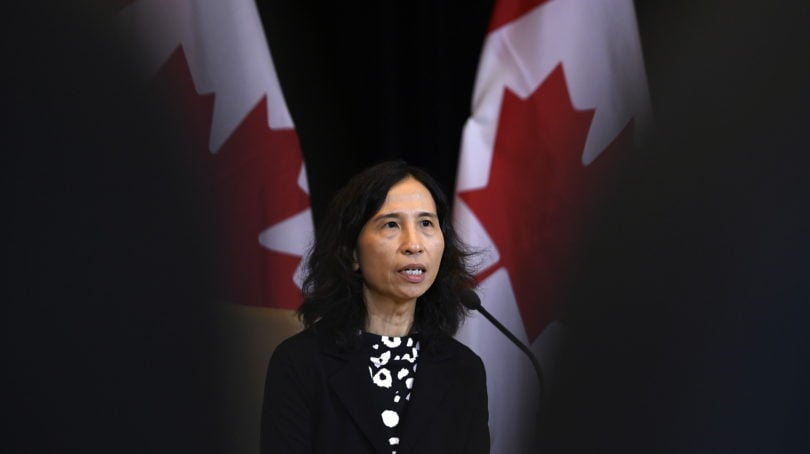 COVID-19 hasn’t yet hit Canada in big numbers, but the federal cabinet isn’t twiddling its thumbs as the virus spawns outbreak clusters around the world. CBC News reports that Prime Minister Justin Trudeau will today announce the first phase of a funding package designed to mitigate the financial impact of the coronavirus on the economy. It’ll be aimed at those feeling the most immediate pain, with more targeted announcements to follow. Last night, the PMO announced that Trudeau would speak t reporters in Ottawa this morning at 9 a.m.

Canada needs a coronavirus stimulus plan: Finance Minister Bill Morneau has insisted recently that his government has the fiscal capacity to respond to a coronavirus-inspired economic downturn. But what specific steps should he take? Jason Kirby asked four economists to design their own plans. Their ideas range from a “full-blown package for health care” to a “massive fiscal project” that would help Alberta through the latest crash in oil prices.

Still on COVID-19, Kirby wrote about the fear and anxiety driving the apparent global rush to hoard toilet paper. Even if respiratory illness doesn’t create demand for TP, the internet can whip up a false shortage in no time at all. Then, of course, there’s that latent personal anxiety with which we’re all familiar:

Everyone across the toilet-papered world has at some point been in the situation of reaching for a roll only to realize the cardboard is empty and no one else is home to get you more. The prospect of being left toilet paperless at a time of a looming pandemic taps into that feeling of helplessness.

Theresa Tam and Bonnie Henry are becoming household names in Canada. They are the calm, science-driven voices of reason as the COVID-19 pandemic threatens to sicken Canadians. But public health officials are human, too, writes Marie-Danielle Smith, and health care workers on the frontlines—the unsung heroes of any crisis—can live isolated lives and even face shunning because of their chosen line of work.

Bruce Aylward, the Newfoundlander who led a World Health Organization mission to contain the Chinese outbreak of COVID-19, gave a glimpse of his day-to-day agenda to a CBC interviewer: “I got to bed at about 2 o’clock, 3 o’clock this morning and I got up at 7. I’ve been speaking with Iraq, communicating with China, I was on the phone with Italy this morning, as well as some of our internal teams and senior advisors, and I’m running into something else in about 15 minutes.”

Tam, Canada’s chief public health officer and someone who barely goes a day without updating Canadians on the extent of the COVID-19 crisis, will testify today at the House committee on health. Patty Hajdu will also appear, ostensibly to talk about her mandate and the latest supplementary spending estimates.

At the same time, Defence Minister Harjit Sajjan will face MPs on the defence committee (also on the subject of spending estimates). Yesterday, notably, CF-18s joined their American counterparts in “intercepting” and “escorting” Russian reconnaissance aircraft along the outskirts of North American airspace. Recall that top military brass told an Ottawa conference last week that Russia is the greatest military threat to Canada.

Just down the hall from Sajjan, Information Commissioner Caroline Maynard will give a briefing to MPs on the access to information and ethics committee.

Mark Carney heads to Ottawa: The George Clooney of global central bankers, a Goldman Sachs alum who saw Canada through a financial crisis and the U.K. through a Brexit, will soon make his way back to Canada. As Carney wraps up his extended term as governor of the Bank of England, Leah McLaren found her way into his inner sanctum, atop a literal pile of gold, for an hour-long interview. They talked about a lot. Here’s one snippet that captures the man’s calculated reticence:

Inevitably, conversation turns to his loyal pet elephant, the one sitting quietly behind him in the governor’s office. So, what of it? Does he want it? Is he going to deny it? Little crinkles appear at the corner of Carney’s eyes. He is, quite literally, twinkling his answer across the 17th-century boardroom table. I feel a meaningful understanding has been exchanged between us. He will run. Of course he will. What else is he going to do? Host a podcast? He’s Mark Carney! The next day, listening to the tape, Carney’s silence is as blank and unreadable as a freshly painted wall.