Politics Insider for Sept. 5: A new ambassador to China, the comedic mauling of Trudeau and Trans Mountain back in court 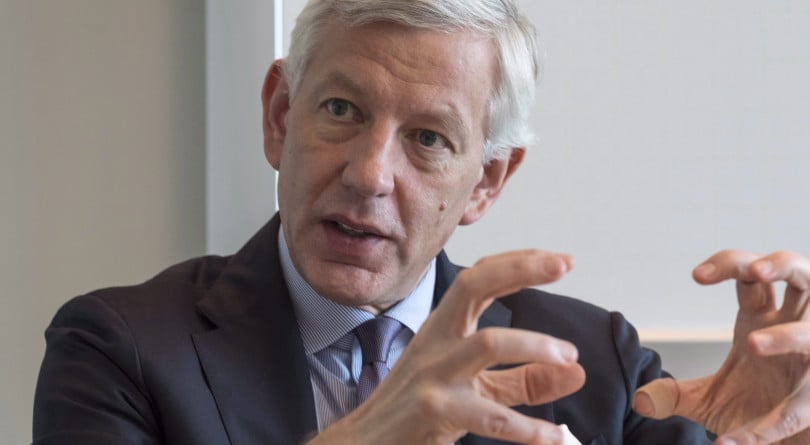 The replacement: After 220 days with no Canadian ambassador to China and relations between the two countries seriously strained, the Trudeau government named Dominic Barton — the former head of Justin Trudeau‘s economic advisory council —  to the post. Business leaders cheered the news. The last guy to hold the post is less effusive. “Obviously Dominic Barton is a very able person but I really don’t want to comment,” former ambassador and longtime Liberal MP-turned-Liberal diplomatic headache John McCallum told the Globe and Mail. (Globe and Mail)

Who knew: Beijing was given a heads up about the Barton pick by Chrystia Freeland last month. The foreign minister spoke with  her Chinese counterpart Wang Yi at the ASEAN summit in Bangkok last month and floated Barton’s name to make sure Beijing wouldn’t oppose his appointment. That’s more notice than the Liberals gave the NDP or Conservatives opposition parties, according to sources who spoke to CBC News, who were kept in the dark despite the announcement coming just weeks before the federal election. (CBC News)

Here’s a look at Barton’s views on China — and his belief that Canada could exert influence on China on issues like human rights if only we had deeper economic ties — from the more halcyon days of 2016 when, you know, that country wasn’t arbitrarily detaining Canadian citizens and launching retaliatory blockades of Canadian agricultural exports.

Patriot ACK!: Maybe it was Justin Trudeau’s endless pursuit of celebrity cool that led him to appear on Netflix’s Patriot Act, hosted by left-wing American comic Hasan Minhaj. (You can watch it here.) Whatever the case, the flaying he received in the episode titled “The Two Sides of Canada” should be a wakeup call.  As Andrew MacDougall writes, did the Trudeau braintrust not realize that any fatal blow—if one is to come—will come from someone who is ideologically simpatico?

For one, it proved that even though Justin Trudeau is indisputably politician cool, he’s not celebrity cool. Or comedian funny. He’s just a good-looking bloke who happens to be a politician. A politician with a record. A spotty record at that.

To his credit, Minhaj went through that record and found that, once you strip away the rhetoric and spot-on social media presence, there isn’t as much there as you’d expect from someone who was branded as the saviour of global liberalism. Indeed, there’s a lot of the opposite. Hard questions on the environment, Indigenous relations, Quebec’s Bill 21, and Saudi arms sales elicited nothing but waffle from Trudeau. Minhaj’s trenchant critique shows just how beatable Trudeau could (and should) be to a competent progressive politician. (Maclean’s)

Up for a challenge: Construction on the taxpayer-owned Trans Mountain pipeline project may have resumed last month, but a Federal Court of Appeal decided Wednesday to allow six of 12 court challenges against the pipeline to go ahead. The challenges are restricted to Ottawa’s consultation with Indigenous communities since August 2018 when the court tossed out the Trudeau government’s earlier approval of Trans Mountain. The court isn’t letting the challenges drag on though — “The court has ordered that the challenges proceed on an expedited basis. Short and strict deadlines for the steps in the litigation will be set,” it said in a statement. (CBC News)

The race in New Brunswick: The decision by 14 members of the provincial NDP in New Brunswick along with a national party executive to switch to the Green Party on Tuesday was a blow to Jagmeet Singh‘s efforts to turnaround his party’s flagging fortunes, but much of the attention since has focused on their motives. While the party-swappers chastised Singh for failing to ever visit the province in his two years as leader, Jonathan Richardson, a former executive with the federal NDP who defected, also said some candidates were reluctant to run because they doubted people in the province would vote for a guy in a turban. “That was probably a major, a reason that they felt people wouldn’t want to vote for them because that would hold them back.”

Singh fired back Wednesday: “[Elizabeth May] is taking in candidates that have kind of openly expressed their concern around someone looking differently and that being a challenge. If she is accepting people that are suggesting things that are not accepting of people’s diversity, then the Green Party has a lot to answer for.” And just like that May, who a day earlier had been boasting about her party’s feat, was forced to issue a statement Wednesday saying “there is no room for any kind of racism” in her party. Speaking on CBC’s As It Happens later in the day Richardson tried to recast his earlier comments, stating he wished Singh would have come to the province because “a lot of the people in that region may not have had any exposure to people from different cultures. … If he would have taken the time to come in and meet in these different communities, after meeting him myself, I know that that would have made a difference.” (CBC News)

Max finds a floor: For those wondering how low People’s Party leader Maxime Bernier might be willing to go after calling 16-year-old Swedish climate activist Greta Thunberg “mentally unstable,” Bernier seems to have found his limit amid an intense backlash over his comments. He attempted to walk back his earlier tweets with a new series of non-apology apology tweets calling her “brave” and saying that his “goal was absolutely not to denigrate her” but still ended up calling her a “pawn” in the climate debate. (Twitter)