Every world leader who has addressed Canada's Parliament 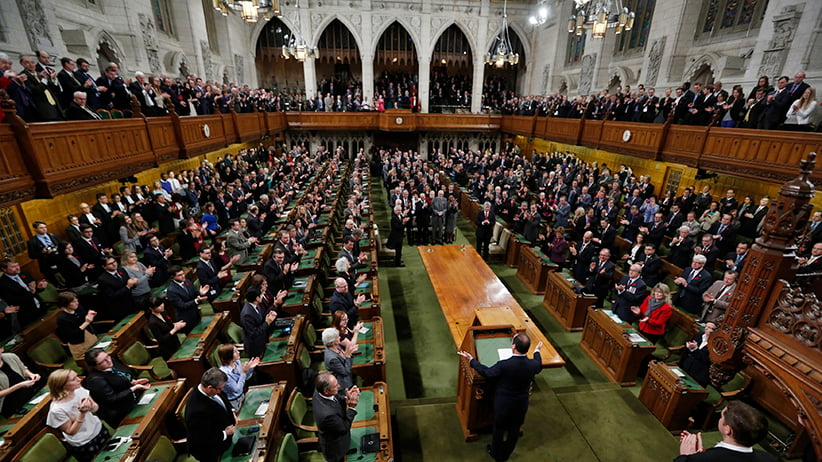 In 1941 British Prime Minister Winston Churchill stood in front of Canada’s Parliament and gave his “chicken” speech: “When I warned [France] that Britain would fight on alone whatever they did, their generals told their Prime Minister and his divided cabinet, ‘In three weeks England will have her neck wrung like a chicken.’ Some chicken; some neck.”

And we’ve been inviting heads of state to speak ever since.

Today, American President Barack Obama will address a joint session of Parliament. He’s in Ottawa for the “Three Amigos” summit—with Justin Trudeau and Mexican President Enrique Peña Nieto—and will take the opportunity to impart words of experience to the Senate and House of Commons. While his presence in Canada isn’t particularly notable, this planned talk is significant. The last U.S. President to speak to Canada’s Parliament was Bill Clinton, over two decades ago.

Below, we chart all 56 leaders of government or heads of state that have addressed joint sessions of Parliament. Interestingly, only two African leaders have delivered such speeches, and the list includes not a single leader from Central or South America.

If you want to see the names in their entirety, visit the Parliament of Canada website. 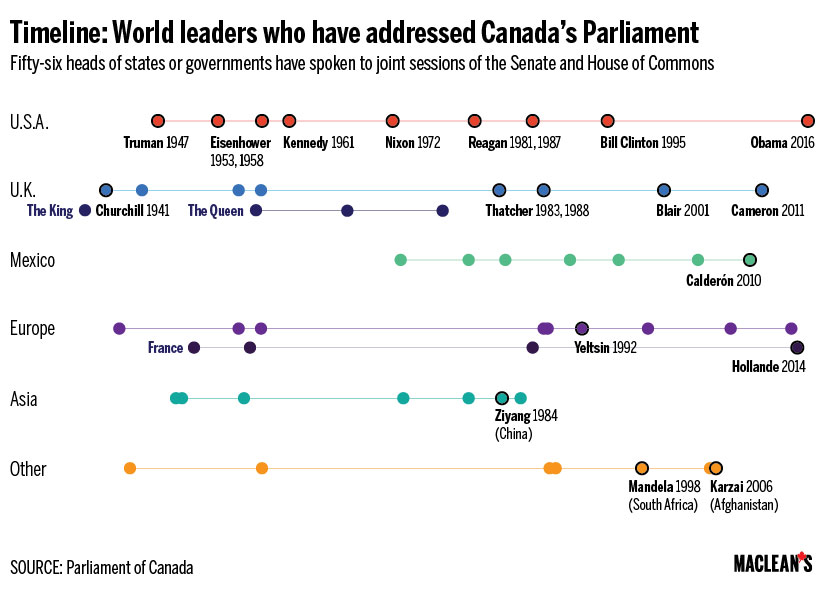