Where might Trudeau be most vulnerable? And other big questions.

Maclean's election-modelling wizard, Philippe J. Fournier, discusses the parties' best- and worst-case scenarios, and answers the big questions at the start of the campaign 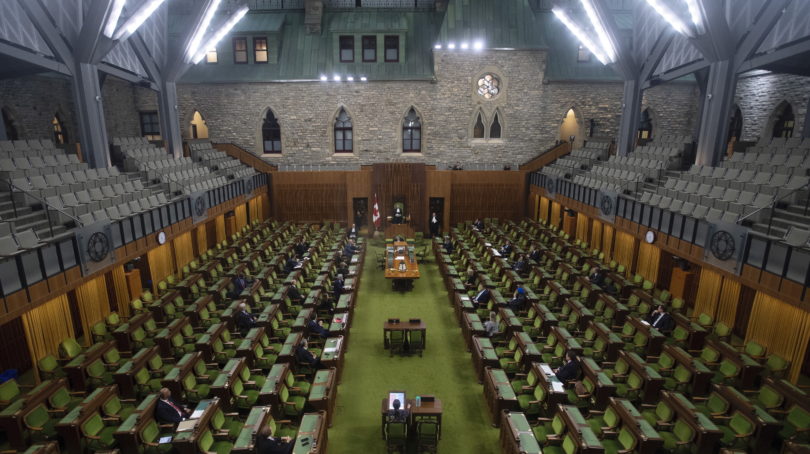 Philippe J. Fournier doesn’t want to sound cynical. “But the reason we’re having a fall election is because the Liberals want to have a majority,” says the political polling analyst from 338Canada. “This will be the focal point of the election.”

With the parties out of the starting blocks of Canada’s 44th federal election, many eyes will fall on Fournier, an astrophysicist by training who has applied his skills to election modelling with remarkable proficiency. Since 2018, he has called seven elections correctly (six provincial, one federal), identifying seat-winners with 90 per cent accuracy.

Fournier is a contributing editor to Maclean’s, and will be writing three columns per week for us throughout the election campaign. We spoke to him about the best and worst case scenario for each major party, the potential impact of a fourth wave of COVID on the election and the odds of a Liberal majority.

What numbers are you watching now?

The numbers in Ontario and in Quebec look very similar to what they were in 2019. The Liberals are still leading in both provinces. The Bloc Quebecois is in healthy shape, although it’s not leading. And the Conservatives, even though Erin O’Toole from Ontario, have not been able to grow their support in Ontario.

Can the Liberals get their majority?

Right now, it looks like the Conservatives have no shot at winning. I mean, their campaign matters, and it could very well change. But right now, if the election was held this week, the Conservatives wouldn’t have any chance of winning unless all the polls are wrong. Not just a little bit wrong, but very wrong.

So there are only two scenarios right now: a Liberal minority or very razor thin Liberal majority.

​​If the numbers in Quebec and Ontario are roughly similar to what they were in 2019, which is the case now, the Liberals could win maybe five more seats in Quebec at the expense of the Bloc Quebecois. Perhaps they can win one or two more in Ontario. But that doesn’t get them to the majority. The Liberals will need more seats from Western Canada.

Looking at the numbers right now, he’s not weaker in any place compared to 2019. I would say the Bloc Quebecois could be a problem for him. That could be a blind spot. But the Conservative premiers  in Ontario, Manitoba and Alberta haven’t really performed very well and the numbers really show this.”The Resistance” are really not helping Erin O’Toole.

What numbers do you find most surprising?

The NDP right now is a surprise. The party is polling at on average 20 per cent from coast to coast, even though Jagmeet Singh has terrible numbers in Quebec. When you’re not doing well in the second most populous province and you’re still at 20 per cent nationwide, that’s pretty good. However, a caveat: the NDP was polling on average around 18 per cent last election, and they got 16 per cent of the vote. That two-point gap cost them maybe a dozen seats. So the NDP is doing well right now in polling, but it’s only theoretical support. It has to become real support with ballot boxes checked.

What do you see as the best- and worst-case scenarios for the NDP?

According to their numbers right now—and I’m talking to realistic scenarios—the upper bracket for the NDP is to win 45 to 50 seats. They could secure maybe their lone seat in Atlantic Canada and their lone seat in Quebec. Then they had six seats in Ontario last election, and they could double that easily. They could do very well in British Columbia, especially since B.C. Premier John Horgan won a majority.

The worst thing that could happen early on for Jagmeet Singh would be the Conservatives suddenly becoming competitive. If the race tightens between Erin O’Toole and Justin Trudeau, suddenly many Canadians might vote for the Liberals to block the Conservatives. We’ve seen that many, many times in the past.

But the worst-case scenario right now looks like the result of 2019. If you remember 2019, Jagmeet Singh was dancing all the way to the podium on election night. Winning only 24 seats again, however, would be a disappointment for the NDP.

The Green Party has also gotten a lot of news coverage lately—not much of it favourable. What are its prospects?

At the height of the SNC-Lavalin story in 2019, we had polls showing the Greens at 10 to 12 per cent nationwide. But it didn’t materialize. Now their internal strife is really not helping their numbers. Right now, they would be really happy to win the two seats that they already hold. Fredericton is probably already lost, to the Liberals. Elizabeth May’s seat should be safe. Paul Manley is the favourite for his seat, but it’s very close. But there’s no potential for growth for the Greens right now.

The best case scenario right now for the Bloc Quebecois would be to win the most seats in Quebec. How many seats? It could be 40. It could be 42. They have not won the most seats in Quebec since 2008. That would be a minor victory for them, Right now, they’re trailing the Liberals by about seven or eight points. But the NDP is not gaining any traction in Quebec, so the Bloc Quebecois would really like to win over some of the NDP votes.

The worst case scenario for the Bloc Quebecois would be if the Liberals were to take off to win maybe 45 seats in the province.

The Conservatives, as the second-place party at dissolution, should be aiming to win the most seats this election. How realistic is that right now?

We have numbers not only of voting intentions, but also appreciation of the leaders. And Erin O’Toole has the worst numbers, over and over, from several polling firms. He is not even very much appreciated by his own party supporters. O’Toole has a net negative impression in Alberta. That’s stunning to me.

To his credit, Mr. O’Toole is trying to bring the party closer to the mainstream. This is the right strategy for him. You could lose 15 points in Alberta, and if he wins five points in Ontario compared to two years ago, there would be a net gain of seats. But here’s the thing: he did lose the support in Alberta—and he’s not gaining anything in Ontario.

When you have a leader that’s so unpopular, it brings down the ceiling of your party. So they would be happy to repeat the 121 seats from 2019.

And for the Liberals, is their best-case scenario a strong majority?

Let’s say the polls underestimate the Liberals by a modest margin, maybe two points, then they could win 190 seats, beating their seat count in 2015. That’s the best-case scenario.

But the best or the worst-case scenarios are not as likely as the middle case scenarios, which have the Liberals just at the threshold of a majority. If they win, hypothetically, 168 seats, then they could govern like a majority. The opposition would have to be unanimous to bring them down. Or they could win maybe 175 seats and then they would have to treat their backbenchers really nicely to make sure nobody becomes an independent or crosses the floor.

Right now they are in the driver’s seat. They lead in the three most populous provinces: Ontario, Quebec and B.C. They still have a stronghold in Atlantic Canada. And they’re projected to make some modest gains in the prairies. Add this up, you have very close to a majority.

But the Liberals barely winning a minority is still a possibility. If the Bloc Quebecois  and the NDP do very well and the Conservatives hold their own, we could see a reduced minority for the Liberals.

With respect to the Maverick Party or the People’s Party of Canada, do they have a chance to win a single seat?

With the Maverick Party, we’ve seen diverging numbers. The Angus Reid Institute has them around six per cent in Alberta, whereas other pollsters have done one or two per cent. But it’s a new party and they’re not part of all the polls, so there’s some significant uncertainty with the Maverick Party.

The PPC, however, is polling better lately. They need a four per cent threshold, on average, to be at the debate. That’s what we will be looking at: will Maxime be at the debates?  Bernier also has a shot in Beauce, his riding south of Quebec City. He lost by nine points two years ago. It was not an overwhelming loss, but it was a deciding loss. Could he win Beauce this time? He’s not the favourite, but it’s possible.

Other than that, it’s impossible to see the PPC take over because no other  PPC candidate in 2019, won more than six per cent of the vote, other than Maxime Bernier. They would need a riding with a star candidate that would join Bernier and we haven’t seen that yet.

Lastly, now that a fourth wave is underway in Canada, what impact do COVID numbers have on polling at the federal level?

But it’s also going to be a story about where those waves come. If they come to Alberta, for example, I would say that the premier of Alberta will be blamed for it more than the Prime Minister.