Grappling with the hardest questions on assisted dying

An interview with Sen. Kelvin Ogilvie, co-chair of Parliament's committee on physician-assisted dying 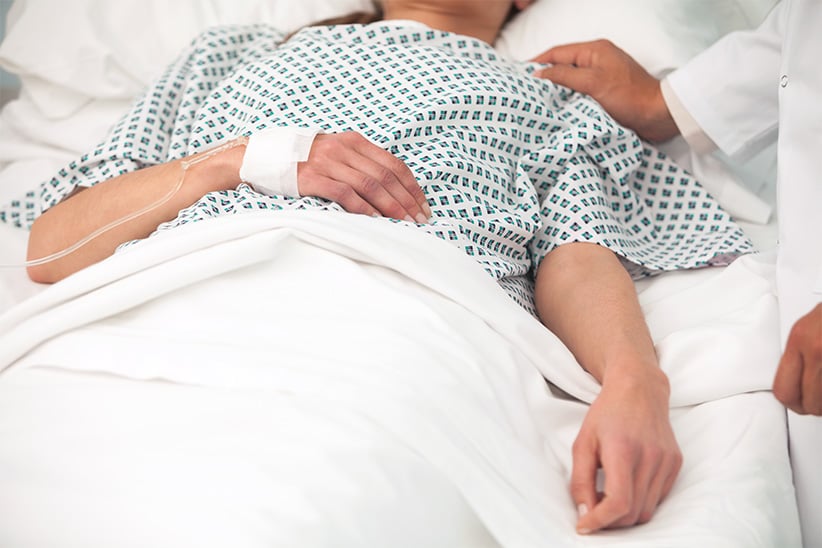 Should doctors ever help mentally ill people, who ask for help dying, end their lives? What about teenagers who are suffering from terrible diseases? These are among the troubling questions a special committee of MPs and senators grappled with for a report released today, advising the government on how to write a new law on physician-assisted dying.

The Supreme Court of Canada struck down the ban on physician-assisted suicide last year, and more recently gave the Liberal government until June to come up with legislation to put that ruling into effect. The government asked the Special Joint Committee on Physician-Assisted Dying to hold hearings and then offer detailed proposals on what to do.

It was jointly chaired by Liberal MP Robert Oliphant and Conservative Senator Kelvin Ogilvie. A former president of Acadia University in Wolfville, N.S., appointed to the Senate in 2009, Ogilvie is an expert on biotechnology and genetic engineering. He spoke with Maclean’s about today’s report. This is an edited version of the interview:

Q: One of the toughest issues your committee had to grapple with is how to deal with cases where people suffering from mental illness—rather than physical pain and discomfort—want help in dying. How would you describe your answer to this very fraught question?

A: This was a very challenging area. We had a tremendous amount of testimony and reports, and this issue has been covered a great deal in the various background materials. First of all, the committee recognizes that psychiatric illness can meet the [Supreme Court’s] test of “grievous and irremediable medical condition causing enduring suffering.”

Then it becomes the issue of making certain that the procedure recognizes the psychiatric condition of the individual requesting this process. The additional safeguard the committee has in there is the ability of the physician who receives the initial request [from a patient who wants help dying] to consult with another physician…

Q: Let me ask  you about this in the way I think might occur to a lot of Canadians. If a very depressed person wants help in dying, isn’t it possible the reason they want to die is the same reason they aren’t competent to make that decision? The fear is that they might not be capable of properly weighing the possibility of their suffering being alleviated.

A: If you look at the way we’ve set it up, there’s the initial request for consideration [for physician-assisted dying]. Let’s say it’s approved. Then there has to be a waiting time, appropriate to the circumstances, for final approval. And we have been assured, through various testimony, that psychiatric conditions go through phases of impact, and clarity, and competence, and so on. Finally, the requirement is that those making the decision to grant approval of the request must ensure that the person is competent at the time. And so I think that covers the issue that you’re raising—competency has to be recognized.

Q: Another tough question is what to do about so-called “mature minors,” patients younger than 18 who might want help dying. Your committee says at some point that should be allowed, but not right away.

A: With regard to testimony from various experts, there was pro and con. The argument was very articulately made that many provinces allow mature minors—minors capable of making the decision—to make decisions on their own treatment in very serious cases, including cancer. They are given the right to ask for medical treatment to be withheld, so long as they understand.

A: We didn’t put an age on it, but, yes, obviously. So there were tremendous arguments that it should be, and will eventually be, extended in that area. But the committee faced enormous challenges on the contrary arguments being made. Our recommendation tried to find a way through this, to stick, in the initial phase, to the Supreme Court’s decision [as applied to adults], and then to require the government to undertake a thorough study on the issue of mature minors, and to deal with that in a second stage.

Related: A Q&A with Murray Rankin, the NDP’s justice critic and representative on the committee

Q: Another difficult issue is how to handle early requests for physician-assisted death, made by patients looking ahead to the prospect of prolonged illness. Your committee would allow that. When would the patient have to make the request?

A:  After you are diagnosed with a condition that is reasonably likely to lead to intolerable suffering and eventually cause loss of competence. An individual in this situation is going to be followed closely, and if they’ve made this advance request, and had it approved, then obviously it’s up to the medical team advising them to follow the legislation.

Q: You’re a former chemistry professor. Did a scientist’s way of thinking help you on this committee, or did you find yourself having to come at these ethical questions in a different way?

A: My long training and experience as a scientist is enormously helpful in approaching any difficult question. I attempt to identify what the real issue is—not what is the mandate, superficial issue, but what is the underlying issue that we’re dealing with. It gives me great guidance on identifying the problem, clarifying it, and evaluating evidence. And I have some decades on my odometer. I would say my life experience has involved dealing with people very close to me that have died—

A: I’m 73-plus. So you would anticipate that I’ve dealt with the reality of these issues, and have followed them as a societal interest.

Q: What do you say to people who have deep religious or ethical concerns about suicide and are never going to be able to accept physician-assisted dying?

A: Well, there are two very important points. The obvious one is, this is a decision of the Supreme Court of Canada and it dealt directly with constitutional rights and law. Let’s say that our committee refused to recommend on these issues: the Supreme Court has already put a process in place and every Canadian has a right to it. So I argue that it would have been irresponsible for us to refuse to give the guidance to the government.

With regard to individuals with deep spiritual concerns in this area, we live in a pluralistic society. I have always had deep concerns about anyone’s philosophy being imposed on the entire community.

And, finally, if you could read some of the stories that we had before us of parents of children dying of, let’s say, bone cancer. Or people who dealt with family members drowning in their own bodies, in the end, suffering without any hope of modern medical science easing their pain or offering any comfort. With the absolute knowledge that they were going to die anyway. I can’t quite comprehend how we could want those people to continue to suffer that extreme agony on the understanding that it is the will of a creator or some other philosophical concept. In my own mind, I don’t have difficulty dealing with the request that the two houses of Parliament put on us.