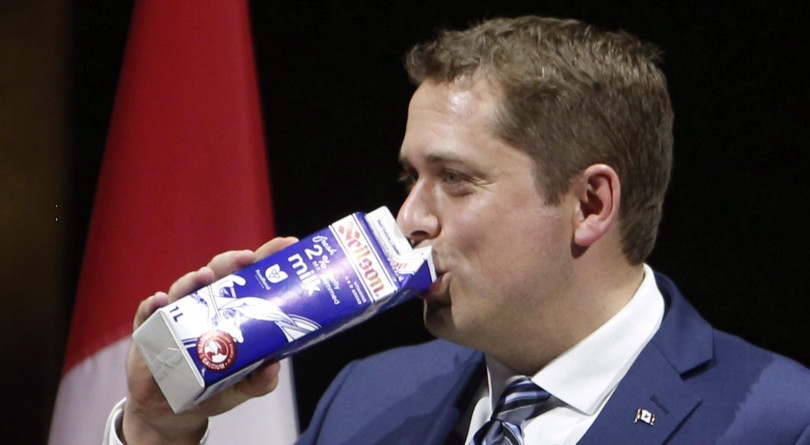 So many polls, such little consensus: With at least a dozen polls released since the start of summer all seeming to send a different message about the electorate’s views, it can be overwhelming. Cue Philippe J. Fournier, founder of poll aggregator 338Canada, who cautions against getting caught up in the findings of any single poll: “We compile the results, keep our eyes on the big picture, and we don’t let one single poll set the narrative.” (Maclean’s)

Hashtag inflation: On Tuesday it seemed like all of Canada was tweeting #TrudeauMustGo, with the hashtag appearing on Twitter’s trending list for much of the day. But analysis by the National Observer found that a lot of those accounts joining in the anti-Trudeau tweetfest had only been set up days earlier, and some were posting messages at an un-human rate of 200 to 300 a day. (National Observer)

Settled: The federal government will pay $900 million to settle several class-action lawsuits that claimed the Canadian military was “poisoned by a discriminatory and sexualized culture.” It’s expected that tens of thousands of victims who allege they experienced sexual misconduct will file claims in the settlement. (Global News)

The settlement comes four years after a report by former Supreme Court justice Marie Deschamps found an “underlying sexualized culture” in the military and that the forces were hostile to women and LGBTQ2 members. However allegations of assault and abuse date back decades. In 2014 Maclean’s and Quebec’s L’actualité magazine partnered on a months-long investigation into sexual violence in Canada’s military:

Lise Gauthier doesn’t have enough fingers to count the number of times she was raped, assaulted or sexually harassed by fellow soldiers.

The 51-year-old, from Sherbrooke, Que., spent half her life in the Canadian Forces. When she signed up at 18, she was young and idealistic, and couldn’t wait to get her hands on the engine of a fighter plane. For the next 25 years, she wore the blue uniform of the Royal Canadian Air Force proudly, like it was a second skin, convinced she was serving a greater cause.

Yet the whole time, she was actually waging a private war. And the battlefield was her own body. (Maclean’s)

Tone deaf: A feel-good ad produced by Chinese telecom giant Huawei and targeting Canadians is not going over the way the company would like. Its message — with Huawei’s 5G network “your friends and family have never been closer” — has clanged on social media, writes Matt Gurney, what with China’s retaliatory detention of two Canadians after the RCMP arrested Huawei executive Meng Wanzhou on a U.S. warrant:

Canada has honoured the American request, as it is bound by treaty to do; Meng is out on bail in Vancouver while fighting extradition. China, in turn, has arrested at least three citizens on questionable charges. Diplomat-on-leave Michael Kovrig and entrepreneur Michael Spavor have been jailed for over six months now without access to their friends or family or lawyers. China has also re-sentenced a Canadian previously convicted of drug charges to death, and has blocked exports of Canadian agricultural products.

The responses to Huawei Canada’s ad, as you can imagine, did not fail to note this connection. (Maclean’s)

Boiling over: While Andrew Scheer launched the first volley in his fight against the food guide, calling it “ideologically driven” and not based on science, now dieticians and scientists are firing back. Scheer’s comments were “intensely stupid,” the University of Ottawa obesity expert Dr. Yoni Freedhoff told the Canadian Press. “[The current food guide] is biased in favour of health, evidence and science. And that is the way it should be.”

Seeing an opportunity, Justin Trudeau grabbed a fistful of KD and lept into the food fight: “[The food guide] is there to serve Canadian families. It has nothing to do with politics. But I’m not surprised the Conservatives don’t get that. We all remember they declared war on the long-form census, now they seem to be declaring war on the Canada Food Guide.” (CBC News)

A different Green revolution: Elizabeth May‘s plan to support the oil sands by using only Canadian oil during the transition away from fossil-fuels is not going over well with a lot of people in her party, who want the oil sands shut down immediately. Alex Tyrrell, leader of the Green Party of Quebec, is leading a dissident campaign to force the federal party to change its platform. “It’s very important for us as a Green party that we oppose the tar sands in the strongest way possible,” he told the Toronto Star. “The Green party didn’t get this far by moderating itself.” (Toronto Star)

More small party woes: The entire board of one of the People’s Party of Canada’s Winnipeg ridings resigned en masse, arguing in a letter to Maxime Bernier that the party has  abandoned its principles and given prominence to “racists, bigots, antisemites and conspiracy theorists.” The Elmwood-Transcona riding board added, “We are appalled to see it encouraged with a wink and a nod now.” (CBC News)

Mea culpa: As he has done several times before, Trudeau admitted last week to having occasionally goofed during his first term. Speaking at a Canadian Teachers Federation event he said, “I’m more than willing to admit that, like any good teacher, I’ve made mistakes and I have learned a lot through this process.” Is that a good strategy, asks Aaron Wherry over at the CBC:

That prime ministers make mistakes is fairly self-evident. Great amounts of time and energy are devoted each day to cataloguing every possible example of failure or disappointment. But public admissions of personal failure by politicians are still relatively rare — perhaps because there is relatively little to be gained from acknowledging the obvious. (CBC News)

Money talks: The money from third-party advertisers has started to roll out. Elections Canada records show two groups have spent to get their messages to voters, one a pro-energy, anti-carbon tax group, the other advocating for electoral reform. (Canadian Press)

You border on the Adriatic: Former prime minister Stephen Harper really is everywhere, this time speaking at a conference organized by the Iranian dissident group MEK, at its headquarters in rural Albania. The group is a “a violent, thuggish, corrupt cult,” one Middle East expert told iPolitics, and even Harper’s own government once labelled it a terrorist organization. Apparently Harper, who has spoken at a MEK event once before, was a hit, drawing cheers when he told the audience, “I am delighted to be here, because there are a few causes in this world today more important, at this moment, than what you are pursuing: the right of the people of Iran to change their government and their right to do it through freedom and the power of the ballot box.” (iPolitics)