How to change the channel on SNC-Lavalin? Let's attack a judge!

Politics Insider for March 26: Chief justice drawn into SNC-Lavalin saga by leaks, SNC disputes its own CEO and the ethics committee gets its turn 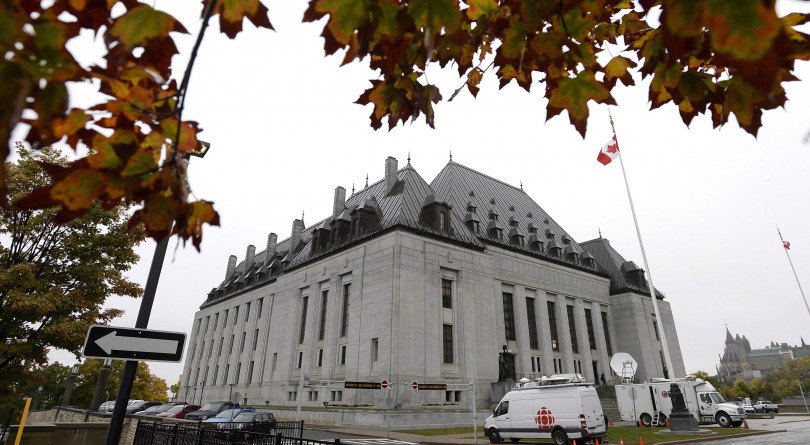 Understanding what transpired between former attorney general Jody Wilson-Raybould and the Prime Minister’s Office has been, at the clearest of times, a process of two steps forward one step back. Monday was like trying to learn the cha-cha-cha and box step waltz at the same. In the dark.

Coming after a weekend when multiple Liberal MPs, all women, attacked Wilson-Raybould and former cabinet minister Jane Philpott for not using their parliamentary privilege to clear the air over the SNC-Lavalin controversy, Prime Minister Justin Trudeau appeared to be in a mending-fences mood early in the day. When asked about the saga, he said he experienced a “cordial” conversation with Wilson-Raybould when they last spoke last week. “I look forward to continuing to engage with both Jody Wilson-Raybould and Jane Philpott as they make their way forward,” he said in B.C. “They have both indicated they look forward to running again as Liberals in the next election and I look forward to continuing to have their strong and thoughtful voices as part of our team.” (Canadian Press)

Then two separate news reports emerged claiming that relations between Trudeau and Wilson-Raybould began to deteriorate in 2017 after she picked a conservative judge, Manitoba Justice Glenn D. Joyal, to fill a vacancy on the Supreme Court. The multiple sources who leaked the details claimed Trudeau opposed the appointment because he felt Joyal wasn’t committed to LGBTQ and abortion rights. In response, Wilson-Raybould denied there was any conflict, and pointed out in all-caps that communications about Supreme Court appointments are typically “CONFIDENTIAL … I do however find it extremely worrisome why you are even asking such questions and where you received any such information. Commentary / reporting in this regard with respect to a SCC appointment(s) could compromise the integrity of the appointments process and potentially sitting Justices.” (CTV News, Canadian Press)

The sources also claimed Trudeau overruled Wilson-Raybould to reject Joyal. Yet in a statement, Joyal said he withdrew his application for the Supreme Court position himself because of his wife’s metastatic breast cancer. “Regrettably, that detail was omitted from the now published media reports … I fear that someone is using my previous candidacy to the Supreme Court of Canada to further an agenda unrelated to the appointment process. That is wrong.” (Twitter)

Not okay: Legal scholars and lawyers wasted little time in expressing their outrage about the stories. “Joyal should *never* have been put in the position of responding publicly to the scurrilous stories published today,” tweeted UBC law prof Dr. Emma Cunliffe. Added constitutional scholar Emmett Macfarlane: “That anyone would leak this in an attempt to discredit Wilson-Raybould says a lot of troubling things.”

In other thoroughly-confusing narrative threads in the SNC-Lavalin story, the company at the centre of the controversy threw its own chief executive under the bus. Last week CEO Neil Bruce said he’d never raised fears about the loss of 9,000 Canadian SNC-Lavalin jobs in arguing for a deferred prosecution agreement that would allow it to avoid a criminal fraud and corruption trial. On Monday the company posted a “clarification statement” that it remembered things differently. While SNC-Lavalin “never threatened” Ottawa with the prospect of job losses, “the company had made it very clear to the government through its advocacy campaign that the implementation of a remediation agreement … was the best way to protect and grow the almost 9,000 direct Canadian SNC-Lavalin jobs… . The company still asserts this position.” (SNC-Lavalin)

For weeks senior Liberals have been at pains to explain where the 9,000 jobs figure came from. Now we know. Maybe.

Remember back in the day when the Wright-Duffy affair seemed confusing?

Trudeau has only one way out of the SNC-Lavalin controversy—admit mistakes, call an inquiry and ask for forgiveness, writes Tom Parkin:

Yes, it will hurt. More PMO staff may resign. There could be a finding that Trudeau broke the constitutionally-embedded legal principle of non-interference in prosecutions.

But the alternative is more painful. The Trudeau Liberal government isn’t just facing weeks of more damaging evidence with a loser communications strategy. An election is seven months away. Based on polls today, the most likely outcome of is some sort of minority Parliament. And that opens the door to the justice committee—even if the Liberals continue to govern—investigating the scandal fully, calling witnesses and issuing subpoenas. (Maclean’s)