Hy's: Where secrets were swapped over supper

For years, Ottawa journalists and politicians traded gossip at Hy’s steakhouse. In 2016, it closes its doors. John Geddes on the end of an era. 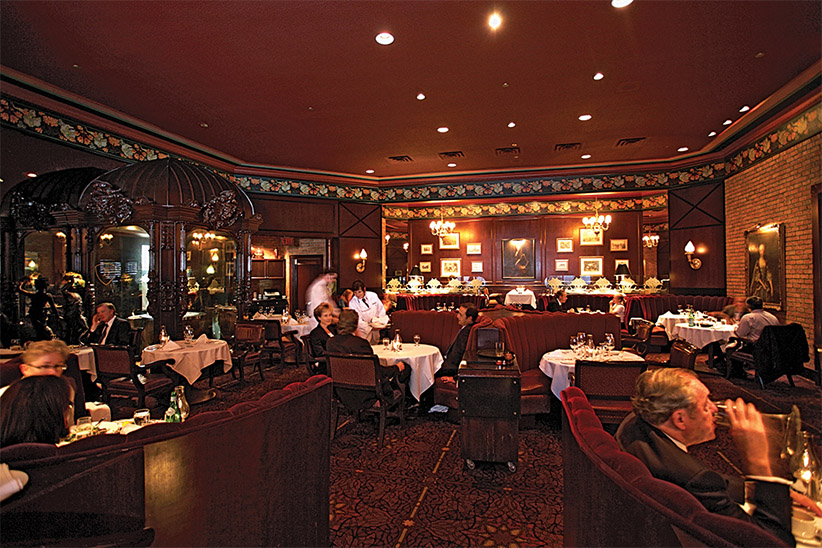 Like a bar nut carelessly plunked into a glass of merlot, news this week that Ottawa’s Hy’s Steakhouse & Cocktail Bar will be closing next February sent ripples through Parliament Hill social networks. Truth be known, though, the plush Queen Street bar and restaurant is a few years past its storied heyday as a hangout for politicians and journalists.

Still, Hy’s place in the capital’s power-brokering lore is secure. It opened in 1985 and soon attracted a well-connected crowd. I was never a habitué, but I called Greg Weston, who was once among the regulars, to ask why Hy’s—and places like it—matter. A former investigative journalist on the Hill, Weston is now a strategic communications adviser at the polling firm Nanos Research.

Q: How did Hy’s fit in the scheme of things around Parliament Hill?

A: There has always been a Hy’s. Before Hy’s, it was Clair de Lune, in the Byward Market, a place where it just happened that politicians, senior staffers and, of course, journalists, would go. Before that, for decades, it was the Press Club. I have a saying that journalism in Ottawa starts at 5 p.m. I don’t remember breaking a lot of stories sitting at my desk.

Now, more than ever, you need to get people in government out of their environment. When they’re at their desks, when they’re in their offices, no matter whether they’re in a political office or a bureaucratic office, they are in a bunker.

Q: And you believe it’s become even more the case lately than in earlier eras?

A: It’s a strange thing. You’d think that if you’re paranoid talking with somebody on the phone in your office, you’d be ultra-paranoid being seen with somebody in a place like Hy’s, where you’re almost automatically going to be seen. But I think it was the nature of the place. They’d always have the cover of saying, “Well, I just ran into him.” And a lot of times that’s what did happen. Nobody’s there handing out brown envelopes, but to sit and have a relaxed chat about the how and why of what’s going on in town.

Q: As a reporter, you’d get some context, some background.

A: Or maybe what you’d get is an offhand comment and you’d just pick up the phone the next day and say, “I know that was just casual conversation, but could we follow up on this?”

Q: From the current era of Tories, or maybe the one just past, I think of Jim Flaherty and John Baird, and their staffs, as having been among the more prominent Hy’s guys. Is that right?

Q: The late Jim Flaherty, as finance minister, institutionalized a tradition of drinks at Hy’s on the evening after he’d delivered a budget. Did that add to the Hy’s lustre, or diminish the sense of it being a sort of exclusive hangout?

A: That was a pretty extraordinary evening. In the Harper years, I don’t think there was another occasion where you had free mixing of senior cabinet ministers, journalists and staffers. Really free mixing. Anybody could go. I can’t think of another event in the year where that happens.

Q: What about the annual Politics & the Pen gala, put on by the Writer’s Trust of Canada?

Q: Some critics of the Ottawa swirl would say the Hy’s sort of mixing is bad. It creates a cozy relationship, rather than adversarial one we sometimes like to think press and politicians should have. What would you say to that?

A: Well, since you’ve used the word cozy, I’ve got a lot more information that I’ve been able to convey to the public over the years being cozy than being adversarial.