I think this Parliament is broken

Paul Wells: We're heading toward an irreconcilable difference between a hard-to-believe government and an opposition that's being even less useful than the Liberals 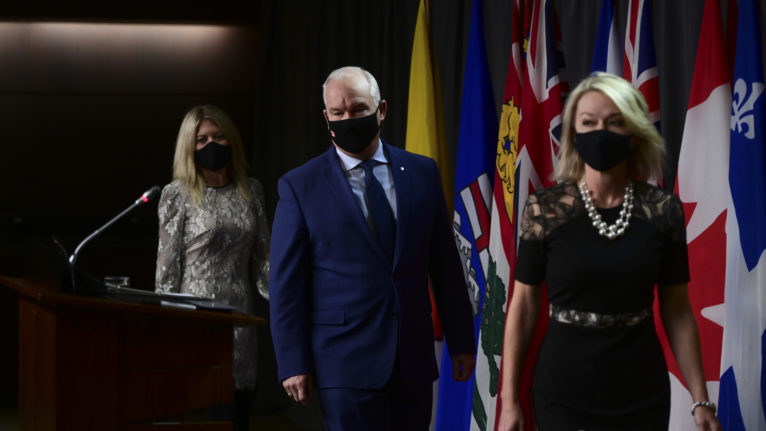 A reporter was unfortunate enough to ask Anita Anand how MPs are supposed to know whether the government’s getting value for money on its COVID-19-related procurement.

This was more than Anand, who is the minister of public services and procurement, could take. “I find the phrase ‘value for money’ really quite interesting,” she said. “What is on the table here is the lives of Canadians.”

The occasion was a news conference in the increasingly precariously named Sir John A. Macdonald Building, where Anand and Treasury Board president Jean-Yves Duclos were explaining their problems with the latest opposition motion.

The motion, which is in 28 parts and asks for everything the government ever did, thought, wondered or hoped in regard to COVID-19, would chase away government contractors, including potential suppliers of an eventual vaccine, the ministers said. This story sums up Anand’s arguments. They have much merit, as do other criticisms of the motion from outside observers not widely known to be in the Liberals’ pocket. I’ll be getting back to the motion and its critics shortly.

And yet I want to pause for a moment to consider the distinction Anand drew—distinction? Open antagonism—between “value for money” and “the lives of Canadians.”

It strikes me as significant because Anand and Duclos had just spent 40 minutes assuring everyone that, while now is a lousy time to seek what the opposition is seeking, full accounting is on its way. I guess I’m not sure why I should expect that full accounting, if the responsible minister plainly believes the cost of any accounting is human lives.

“The value,” Anand said indignantly, “is the protection of Canadian lives that we are ensuring occurs…. These procurements did not happen overnight. They were not easy. It was an incredibly difficult summer”—her tone was rising, her voice becoming more strained—”and we managed to come through it with procurements for Canadians. It hurts my heart to think that they might not be realized.”

As proof of the government’s good faith, Anand offered a page on her department’s website detailing $6 billion of emergency-related procurement to date. There’s a lot of information on the page, and also much that’s missing.

For reasons that make sense to me—including the need to protect suppliers’ information in a globally competitive market for ventilators and personal protective equipment—41 companies’ names are hidden, as are the values of about a dozen contracts. So we don’t know anything about “Company F,” which got $144 million for nitrile gloves. Or “Company Y,” which got $173 million for H95 respirators. Sometimes the hidden names and the protected contract values intersect, so we actually don’t know how much money “Company P” got for respirators. On top of not knowing who Company P is. But somebody got money for something.

The argument against demanding more information now is coming, not only from Anita Anand and Jean-Yves Duclos, but from outsiders who are still able to draw a distinction between the national interest and the Liberal interest. David Naylor, for instance. The former U of T president has written big policy reports for Stephen Harper’s government and for Justin Trudeau’s, and he argued over the weekend that the opposition motion would divert needed resources and scare off skittish companies. And David Fisman, the epidemiologist, whose Twitter rant you can read for yourself.

What we’re heading toward, then, is an irreconcilable difference between government and opposition. The Liberals believe they should determine which information to divulge and which to withhold. The opposition, led by the Conservatives—health critic Michelle Rempel Garner moved the motion at hand, seconded by the party’s new leader Erin O’Toole—prefer, in Naylor’s colourful term, to dredge the harbour.

The Liberals have spent five years energetically making the case, through their actions, that they must not be trusted with a monopoly on information. WE and SNC-Lavalin and the Aga Khan vacation and Morneau’s Chateaus and Safaris and the transformation of the tool shed at Harrington Lake into a Fortress of Solitude were all things this government hoped you wouldn’t notice. This is a government that just fired its finance minister for ethics violations, after all, and not because the Prime Minister found them unacceptable on their face, but because he found they too closely resembled his own. So spare us the sanctimony when we wonder how everything’s going.

That being said, Rempel Garner and O’Toole are managing, in this instance, to be less helpful than the Liberals. Rempel Garner’s motion is a farce. Take another look. It calls for  the Health Committee to study every imaginable aspect of the COVID response, “including, but not limited to,” rapid testing; vaccine development and distribution; federal public health guidelines “and the data being used to inform them;” long-term care; the GPHIN early-warning system; protocols for travellers; “the adequacy of health transfer payments to the provinces;” emergency stockpiles, the COVID Alert smartphone app, contact tracing, and more and more. It’s a breathtaking list but it’s not even exhaustive: the “including, but not limited to” wording means that anything else that pops into any member’s mind or inbox could be added at any time.

How shall this committee undertake its work? By calling on six government offices to provide “all memoranda, emails, documents, notes and other records” on “plans, preparations, approvals and purchasing of COVID-19 testing products including tests, reagents, swabs, laboratory equipment and other material.” That’s just one of seven wide-scale fishing expeditions listed in the motion. All requiring massive deployment of government resources. All with potentially zero utility even to the motion’s stated purpose, because if this committee sat until Doomsday it would not be able to examine or discuss the thousandth part of the haystack this motion would order up.

Rempel Garner spent some time this weekend congratulating herself for doubling the time the motion would allot for production of this mountain range of documents. Instead of giving the government two weeks, she’s now pleased to give them a month. This gesture of farcical magnanimity is best understood as a kind of performance art. It’s like suggesting that somebody shove a Buick up his nose—but expecting to be congratulated for giving him an extra two weeks to do it.

Taken alone, each paragraph of the dozens in this motion would be debatable and may have merit. Taken  alone, each of the dozens of topics is interesting. Claiming to want to examine them all, all at once, in the same venue, is evidence of bad faith. That Rempel Garner imagines an army of functionaries could feasibly pack up thousands of boxes with the relevant “memoranda, emails documents, notes and other records” and drop them off at the virtual offices of a committee that’s meeting by Zoom; or that the committee’s members could feasibly digest that information before Rempel Garner reaches retirement age; or that the committee could get even half-way through a discussion of that information before the sun goes nova and burns the earth to a cinder; suggests an imagination unbounded by any real-world constraint.

That Erin O’Toole seconded Rempel Garner’s motion casts similar doubt on the new Conservative leader’s own judgment. That the other opposition parties have hitched their wagons to this Macy’s parade of a motion helps to explain why the Liberals rebound so smartly in the polls after each of their missteps: because an election is never a referendum on the incumbent but a choice among alternatives, and if none of the alternatives can even pretend to be serious then voters will simply send everyone back to their previous spots on the gameboard.

So where are we? We’re in a fix. On one hand, a government that is shocked at the news that anyone would believe it capable of doing the sort of things it does all the time. On the other, an opposition that advertises its incorrigible frivolousness with its grandest gestures. The rest of us at least have the luxury of ignoring them. They’re stuck with one another. But not for much longer. Sooner or later, and sooner than I would have expected even a few weeks ago, they’ll be back on the campaign trail, demanding that we settle their differences for them.