Inside the explosive Conservative Party fight over Rick Dykstra 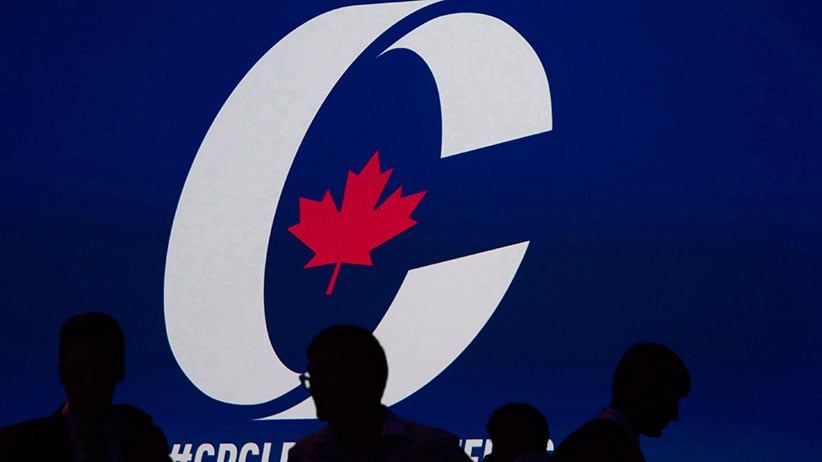 UPDATE: This story has been updated to include a public statement from former prime minister Stephen Harper.

Dykstra was allowed to remain as a candidate over the objections of campaign manager Jenni Byrne, who angrily referred in an email to the sexual assault allegation against him.

Dykstra, the MP for St. Catharines, lost the election and went on to become president of the Ontario Progressive Conservative Party. Last week he resigned from that position after Maclean’s asked him to comment on the sex assault allegations. He says that he “categorically denies” the allegations, which have not been proven in court.

On Friday, his lawyers—John Kingman Phillips and Chris Murphy—reiterated that denial in a statement.

The email exchanges between Harper’s top aides took place Sept. 6-8, at a difficult time for the Harper campaign. Harper had just sent campaign manager Jenni Byrne back to Ottawa, apparently angered by difficulties with the campaign being knocked off message by disclosures about candidates.

At 10:40 p.m. on Sept. 6, campaign chair Guy Giorno forwarded to other top aides a CBC story about a candidate, Jerry Bance, who had been captured on a hidden camera urinating into a cup in a family’s kitchen.

Giorno sent the story to Byrne and senior campaign officials Ray Novak and Lynette Corbett with the question: “Is there any reason not to recommend to the PM that he be dumped?”

At 7:08 a.m. the next morning, Byrne replied: “We’re all sitting with the knowledge that one of our MPs is a — .” Here Byrne used an explosive term to describe the alleged sexual assault by Dykstra. Maclean’s has opted not to use the word in light of the fact that Dykstra was never charged or convicted of a crime. “As much as this is disgusting and embarrassing—Jerry is not the biggest candidate concern we have.”

Minutes later, Novak replied: “I will just note, on the assumption this exchange is likely to come to light in a discovery process should the matter go to court, that I have no such knowledge. I am aware of allegations, I have never met the complainant, and I am assured that those who did interact with her at the time urged her to take the matter to authorities.”

Giorno agreed with Novak: “This is correct. I am aware of no evidence either. However, I do think there is a case for Arthur or other counsel to be asked to review and report on the matter,” he said, referring to Arthur Hamilton, the Conservative Party lawyer.

On another email chain that included the same officials and another campaign staffer, Giorno argued that the candidate who urinated in a cup should be dropped, and suggested Dykstra should as well: “Jenni I saw your other email as I’m typing this and my answer would be drop them both, or drop them both as each allegation is proven.”

Byrne replied: “So—our bar is so low re: the other case that even though a girl would file a police report and go swear an affidavit we don’t think that’s enough to drop someone as a candidate. We’ve dropped ppl for a lot less. Why don’t we bring that case up at the morning meeting today and see what ppl think. We’ll compare it to the bar that Trudeau set with Paccetti and Andrews.” (Trudeau had suspended two Liberals MPs in 2014 after complaints were made about their conduct.)

Giorno replied: “Well, the other case should be raised with PM in a smaller group, again, and maybe he should do what Trudeau did. We sent Arthur [Hamilton] to BC several times to interview Liv Grewal and other witnesses. Maybe he should be sent to grill the incumbent candidate we’re talking about and gather information. Or maybe the lawyer designated by the Caucus (Erin Kutz, isn’t it?) should do so.”

Party lawyer Arthur Hamilton did speak to Dykstra about the matter.

Corbett emailed Byrne, Giorno, Hamilton and Novak the next day with a report on the conversation: “Arthur connected w rick. He said he was called by the Ottawa police about the incident which he termed ‘allegations of sexual misconduct’. He went in and was interviewed. 5 days later the police contacted him and said the matter was being closed and the records sealed. Has not heard anything about it since. Denies the accusation. Arthur says he was fully cooperative in answering the questions. Arthur can answer any additional questions you may have.”

On Friday night Stephen Harper released a statement saying that during the 2015 campaign he was made aware of allegations against Dykstra. “When allegations were brought to my attention during the 2015 election campaign, I understood that the matter had been investigated by the police and closed a year prior. Given this understanding of the situation, I did not believe that I could justify removing him as a candidate. Recently, much more information has come to light, including information to the effect that the original investigation may not have been complete. In my view, it is essential that criminal allegations, including this one, be fully investigated and prosecuted if warranted.” (Read his full statement here.)

Giorno said this week, “I was the one who proposed dumping him and proposed investigating further so we could dump him.” He believes Dykstra should not have been allowed to carry the Conservative banner in the election. “He should have been dropped. He should have been dropped. Not getting charged is not the criteria by which the party or Canadians would expect their elected officials to be judged. There should be a higher bar than the police closing the file.”

Novak says it would be “misleading and false” to suggest the matter was taken lightly by the campaign staff. “During the 2015 campaign we learned that police had investigated a complaint against MP Rick Dykstra the previous year, and that the investigation was closed without any charges having been laid,” he said in an email Friday. “The campaign asked the party’s lawyer to investigate further but unfortunately the facts available at the time were few: a closed investigation with no charges and a complainant asking for privacy.”

Novak now believes the campaign made the wrong call. “This was an extremely difficult decision that ultimately turned on whether a closed investigation without charges was sufficient grounds for firing. Certainly, with the benefit of hindsight and additional information, Rick Dykstra should have been fired as a candidate. But campaigns don’t get do-overs. To this day I have hoped, particularly so in light of recent media reports, that the alleged victim presses charges so this matter can be fully investigated and prosecuted by the police and the courts.”

Byrne said in an email that she looks forward to the investigation. “Conservative leader Andrew Scheer indicated the party plans to conduct an independent third party investigation into whether Rick Dykstra should have remained a candidate for the party in the last election,” she said in an email. “I look forward to participating in that process.”

The alleged assault appears to have come to the attention of the Harper campaign because the young woman’s lawyer sent a series of five letters to senior Conservatives beginning in August 2015 and ending in October, just days before the federal election.

The letters paint a portrait of a woman persistently trying to bring the matter to officials’ attention. Almost 50 days elapsed between the first inquiry, asking about the existence of a file on the allegation, to the final one, just shortly before the October, 2015 election.

“They never once asked what I really wanted,” the woman said in an interview last week. “It was all about just making sure that nothing got out and their public image was OK. As if they were just trying to put it off until after the election.”

The letters may be helpful in the independent third-party investigation that Scheer announced on Wednesday after members of his caucus demanded answers.

The young female staffer for another MP alleged that Dykstra forced her to perform oral sex on him in his Ottawa apartment after a budget party on Feb. 11, 2014.

The woman, who spoke to Maclean’s on condition of anonymity because of concerns about her career, reported the incident to police two weeks later but ultimately asked them not to lay charges. She spoke to her boss about the incident and to Kym Purchase, chief of staff to the party whip. The whip is the official in charge of organizing MPs for votes and handling some disciplinary and Human Resources questions, including harassment.

She eventually left the city and found work elsewhere. She agreed to talk with Maclean’s after learning the magazine had obtained one of the letters.

In August 2015, she received new information about the case that led her to consider asking police to reopen the investigation. She hired a lawyer, who wrote to the party whip’s office to ask for the file created after her conversation with Purchase.

In the Aug. 26 letter, the woman’s lawyer told the whip’s office she had met with Purchase to “discuss an allegation concerning an assault committed by Mr. Rick Dykstra.”

The next day, the letters indicate Hamilton appears to have called her to tell her that Purchase did not create a file.

Purchase has said that there was no clear policy on how to proceed and in her recollection, the woman did not want a file created because of concerns about privacy.

Hamilton did not reply to that letter. On Oct. 2, the young woman’s lawyer sent another one.

“Our client is quite upset that no materials have been provided to her in relation to this matter and it seems the matter is not being given the consideration it ought to in the circumstances…” She also asked “what steps are being taken in relation to the candidacy of Mr. Dykstra?”

Hamilton replied after the weekend to assure the young woman’s lawyer that he was continuing to look for a file or text messages. “We are continuing our search for all relevant documents,” he wrote. “At present, the initial answer from the Whip’s office is that there is no file, and specifically no memo from Ms. Purchase as you have described it in your correspondence.”

On Oct. 9, the woman’s lawyer wrote again, demanding documents. On Oct. 13, Hamilton replied, 48 days after the first letter, to report that he had spoken with Purchase, and there were no records.

Party spokesman Cory Hann said in an email Friday that the third-party inquiry into how Dykstra was kept as a candidate would respect the privacy of the young woman, who does not want to be named.

“We’re still consulting investigators to provide professional recommendations on the process so it remains to be seen whether any victim or accuser would be asked to participate, however if that was the case, obviously the party would require the third party investigator to ensure their privacy remains protected.”