Canada loses its bid for the UN security council 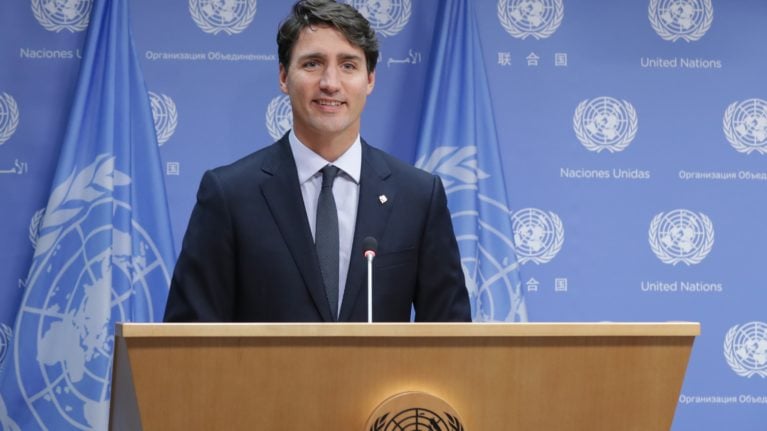 UPDATE, June 17, 2020: Canada lost its bid for the UN security council, receiving only 108 votes. Norway and Ireland were both elected, receiving 130 and 128 votes, respectively.

In the mad dash to the security council finish line, the Prime Minister’s office whipped out a couple of last-minute “readouts” that were added to Justin Trudeau‘s public itinerary after its initial release that already included four conversations with world leaders and a final pitch to UN reps. Yesterday, Justin Trudeau spoke to Imran Khan, the prime minister of Pakistan, and João Lourenço, the president of Angola. Those chats ostensibly focused on the COVID-19 pandemic, but no one’s fooling anybody when it comes to the magic words—”You have our vote”—that Trudeau really wanted to hear.

The PM also spoke to Indian PM Narendra Modi as part of a last-ditch effort to flip a vote the Hindustan Times reports India has already committed to both Norway and Ireland. India, for its part, is running unopposed for an Asia-Pacific seat on the security council. Closer to home, Mexico is running unopposed for the Latin America and Caribbean seat. (Not that anyone at Global Affairs is jealous or anything.)

Eight more weeks of puns: Outside Rideau Cottage, the PM announced an extension for another eight weeks of Canada Emergency Response Benefit payments for Canadians who “still can’t work because you’re unable to find a job or it’s just not possible.”

The Parliamentary Black Caucus, a group of federal parliamentarians, called on governments across Canada to take concrete action in the fight against systemic racism. The statement was signed by four Liberal MPs: Greg Fergus, Emmanuel Dubourg, Hedy Fry and cabinet minister Ahmed Hussen. NDP MP Matthew Green also signed on, as did three senators: Rosemary Moodie, Wanda Thomas Bernard and Marie-Françoise Mégie. Dozens of other MPs, including several cabinet ministers, signed on as “allies.” The statement outlined an exhaustive list of policy changes, including an end to mandatory minimums and police carding, as well as a reallocation of police budgets. No Tories signed on, but the party told the Hill Times none of them was asked.

Very few documents portend literary dullness quite like Supplementary Estimates (A) 2020-21, but don’t be deceived by the title of parliamentary budget office’s latest report. MPs have only four hours to approve a batch of billions in proposed spending, and the PBO’s analysis of the state of play borders on advocacy. “It will be difficult for parliamentarians to perform their critical role of properly scrutinizing proposed government spending in a four-hour window,” reads the report, which also points out that unlike more typical times, MPs either have to approve or reject the spending all at once. Very few experts will answer questions. And no amendments are allowed.

Canada and the U.S. once again extended the land border closure to non-essential travel. The measures still don’t apply to Canadians who fly to the U.S., Americans who say they’re driving to Alaska or, apparently, American boaters who simply prefer to sail in Canadian waters.

The National Post is here to remind you that the feds might have a cheque you forgot to cash. Employment and Social Development Canada is holding $133 million in uncashed cheques, the largest of which are undeposited pension payments. We’ll re-up the Post‘s advice: If you think you might have a miniature windfall owed to you, perhaps a GST rebate you forgot all about, contact Service Canada.

Yeah, he–you know who we’re talking about—got a haircut. But no one was as surprised, not even close, as this headline suggests.