Sometimes when they say they want to spend more time with family, they mean it 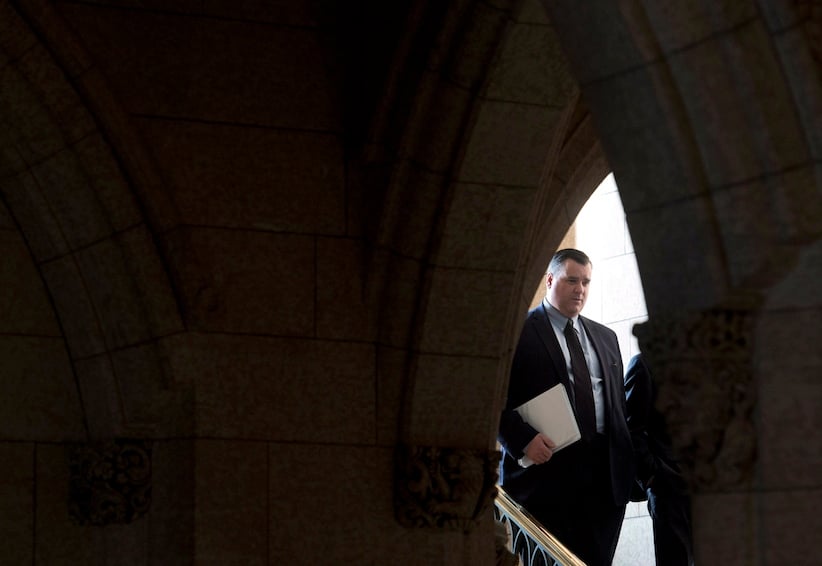 Thirty-nine is young to end a career in politics, and while Industry Minister James Moore could well return to public life some day, it was natural that he raised a lot of eyebrows when he announced today he won’t be running for re-election in October. Yet another rat fleeing a sinking ship, some said, as Moore’s announcement followed others, by Conservative figures as prominent as John Baird, Peter MacKay, James Rajotte and (OK, less prominent) Christian Paradis.

But Moore tipped his hand a bit when he wrote, on his web page, about “difficult news about the health of our beautiful son Spencer.”

For a small circle around Ottawa, news updates about young Spencer have been an occasional occurrence for two and a half years.

News reports on Friday revealed Spencer has “a form of skeletal dysplasia that requires extensive care.” Moore has never spoken in public about his son’s health problems. He knew there would be some challenges before Spencer was born in October 2012, and sent his first update to a range of friends, including me, in December of that year. (I’ve known Moore since he arrived in Parliament after the 2000 election. We have dinner a few times a year.)

Doctors didn’t reach a final diagnosis of Spencer’s specific condition until late last year. He is growing up more slowly than others his age, will never reach average height, and needs frequent medical attention along the way. He is a happy, alert little boy, and the photos that accompanied his dad’s updates have reliably been a high point of the days on which they arrived.

Spencer has made very occasional visits to Ottawa: with his mom on the day in 2013 when Moore was sworn in as Industry minister at Rideau Hall and, before that, on the Centre Block lawn for Canada Day celebrations when Moore was at Heritage. Moore has never spoken about his son’s medical condition, because he did not want to be seen to be making politics. He spoke at the March dinner of the Canadian Organization for Rare Disorders in Toronto, but only a few of those in attendance knew why he takes a special interest in the organization’s work.

When the CBC fired Evan Solomon on June 9, just about half of Ottawa started emailing the other half to express astonishment and vent. Moore sent me a note. I wrote back, noting that Ottawa is full of odd relationships. “It gets a bit close around here sometimes,” I wrote. (Yes, I’m entirely aware that this entire article may be a good example of that.)

“All very true,” Moore wrote. “I need to get out of this place soon, too.” I didn’t think he meant this soon.