Politics Insider for March 6: 'Political context' sucks billions more from the energy sector, Navdeep Bains takes on the telecoms and robocalls are on Parliament's hit list 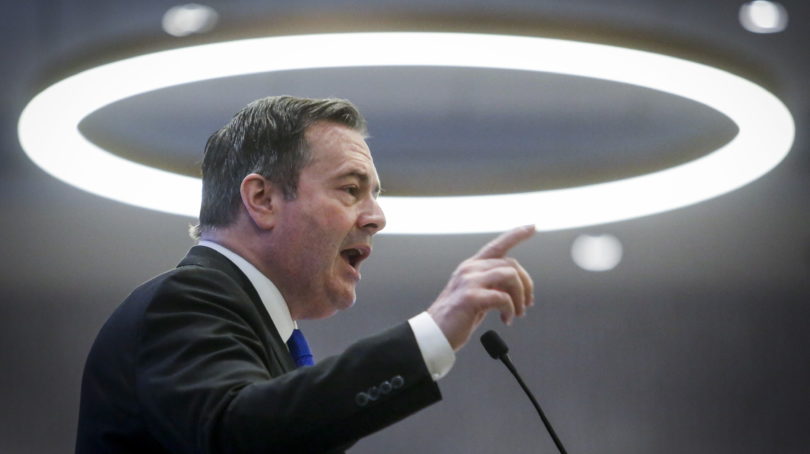 Even if endorsements don’t really matter in leadership campaigns, Jason Kenney‘s endorsement must still mean something. The Alberta premier, one of the most important conservative politicians in Canada, took sides in the federal Tory race. And he didn’t pick Peter MacKay. Kenney picked “a leader who will unite our party, who speaks French, who can win in suburban Ontario, and who will fight for a fair deal for Western Canada.” That all apparently adds up to Erin O’Toole.

Kenney came out hard against MacKay, swiping at his “stinking albatrosses” assessment of the last federal campaign. Indeed, Jason Markusoff writes about what appears to be “deep animosity” between the premier and the frontrunner. And that fraying comes with consequences—and, for O’Toole, a big boost.

Kenney’s nod will have substantial sway among Albertans and sympathetic westerners, although in a race where each riding is weighted equally, racking up the votes in Oil Country isn’t of massive value. But across the country, Kenney can also bring along social conservatives by the church busload; plus, he retains great support networks among immigrant communities that he cultivated the suburbs surrounding Toronto, Montreal and Vancouver.

Innovation Minister Navdeep Bains says Canada’s telecom giants might be charging customers less for more, but they’re not cutting rates fast enough. Bains is giving Bell, Telus and Rogers two years to slash the cost of their packages by 25 per cent. So if you’re paying $50 for a 2-gigabyte plan, CBC News reports, that should come down to $37.50. If the carriers fail to comply, Bains says “accountability measures” are in place in the form of regulatory changes that force the issue.

Another victim of “political context”: No less an investing giant than Warren Buffett has been swept up in Canada’s national debate over energy resources. Buffett’s firm, Berkshire Hathaway, has pulled its $4-billion investment in a liquefied natural gas project in Saguenay, Que. A spokesman for the company behind the proposal, GNL Québec, blamed “instability” caused by the “current Canadian political context” that is making foreign investors nervous.

One of the more bizarre tugs of war in federal politics is the four-decade fight over an airport that doesn’t exist just to the northeast of Toronto. Way back in 1972, Pierre Trudeau‘s Liberals bought a huge swath of land and set it aide for a new airport. It still hasn’t been built, and Transport Canada is a landlord to the remaining tenants. (Their numbers are dwindling, and they live in veritable ghost towns.) Business leaders and local mayors still want to build a Pickering airport. A vocal group of opponents, Land Over Landings, vehemently opposes the project. Now, a new government-commissioned KPMG report says the GTA doesn’t need a new airport until 2036—but might need one after that. Naturally, both sides are claiming victory.

A conservative-launched carbon tax: Manitobans will notice a new price on carbon emissions this July, at $25 a tonne, after Premier Brian Pallister moved to avoid a federal levy–the “Trudeau tax,” in Pallister’s words—and implement the province’s own lower rate. The province will also hack a point off its sales tax. This isn’t a declaration of peace, exactly. The feds want a higher price per tonne, and Manitoba remains an intervenor in Saskatchewan’s legal battle with Ottawa that will soon have its day at the Supreme Court.

B.C. Finance Minister Carole James announced she was diagnosed with Parkinson’s Disease as she was putting together the NDP’s budget earlier this year. She told doctors last year about a few “odd symptoms,” and further tests confirmed the diagnosis. James won’t seek reelection but also won’t step down—a decision that didn’t surprise Premier John Horgan, who said James is “tougher” than the disease she’s now fighting.

This afternoon, Public Safety Minister Bill Blair will visit a Boys & Girls Club in his riding in Scarborough, Ont. Blair will announce an “innovative sport initiative to help the integration of newcomer children.” Blair’s visit follows Trudeau’s own drop-in to another club on the other side of the same suburb yesterday. Surely that organization’s heavy pre-budget lobbying had nothing to do with this week’s big-name exposure.