A new poll shows that among Canadians who are following the controversy, nearly three quarters think Wilson-Raybould has the most credibility 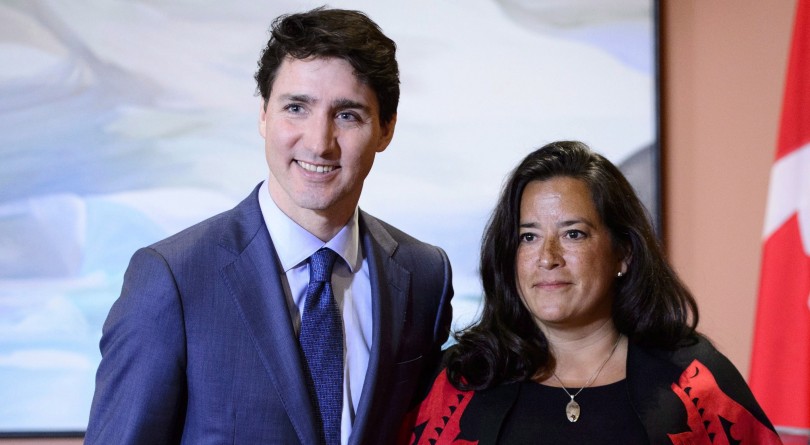 Trudeau and Wilson-Raybould attend a swearing in ceremony at Rideau Hall in Ottawa on Monday, Jan. 14, 2019. (THE CANADIAN PRESS/Sean Kilpatrick)

A large majority of people following the controversy over Justin Trudeau, Jody Wilson-Raybould and SNC-Lavalin say the former justice minister has the most credibility, a new online poll says.

The online panel survey of 1,500 adults, taken Wednesday and Thursday by Public Square Research, showed that 43 per cent have followed the controversy since a Globe and Mail story cited anonymous sources who said the Prime Minister’s Office pressured Wilson-Raybould to avoid a court trial for the Quebec engineering firm SNC-Lavalin. Twelve per cent said they “know a lot about” the story, while 31 per cent  “know a little bit” about it. A further 27 per cent say they’ve heard about the controversy but “don’t really know what’s going on,” and 30 per cent have heard nothing about it.

Of the 43 per cent who’ve followed the story enough to know a lot or a bit about it, 73 per cent say Wilson-Raybould has the most credibility, compared to only 27 per cent who say the prime minister is more credible.

When presented with a series of statements and asked whether they agree or disagree, 81 per cent of those following the story agreed that “there are too many backroom deals going on with this government,” whereas only 25 per cent agreed that “the prime minister should have been helping SNC-Lavalin avoid court.” Asked whether they agree that “Jody Wilson-Raybould was treated fairly by the prime minister,” only 34 per cent agreed.

Respondents were inclined to believe the SNC-Lavalin story is significant. Again, among the 43 per cent who are following the story, only one-third, 33 per cent, agree with the statement, “This kind of thing doesn’t really matter—they all do it.” Sixty-six per cent disagreed, 32 per cent of them strongly.