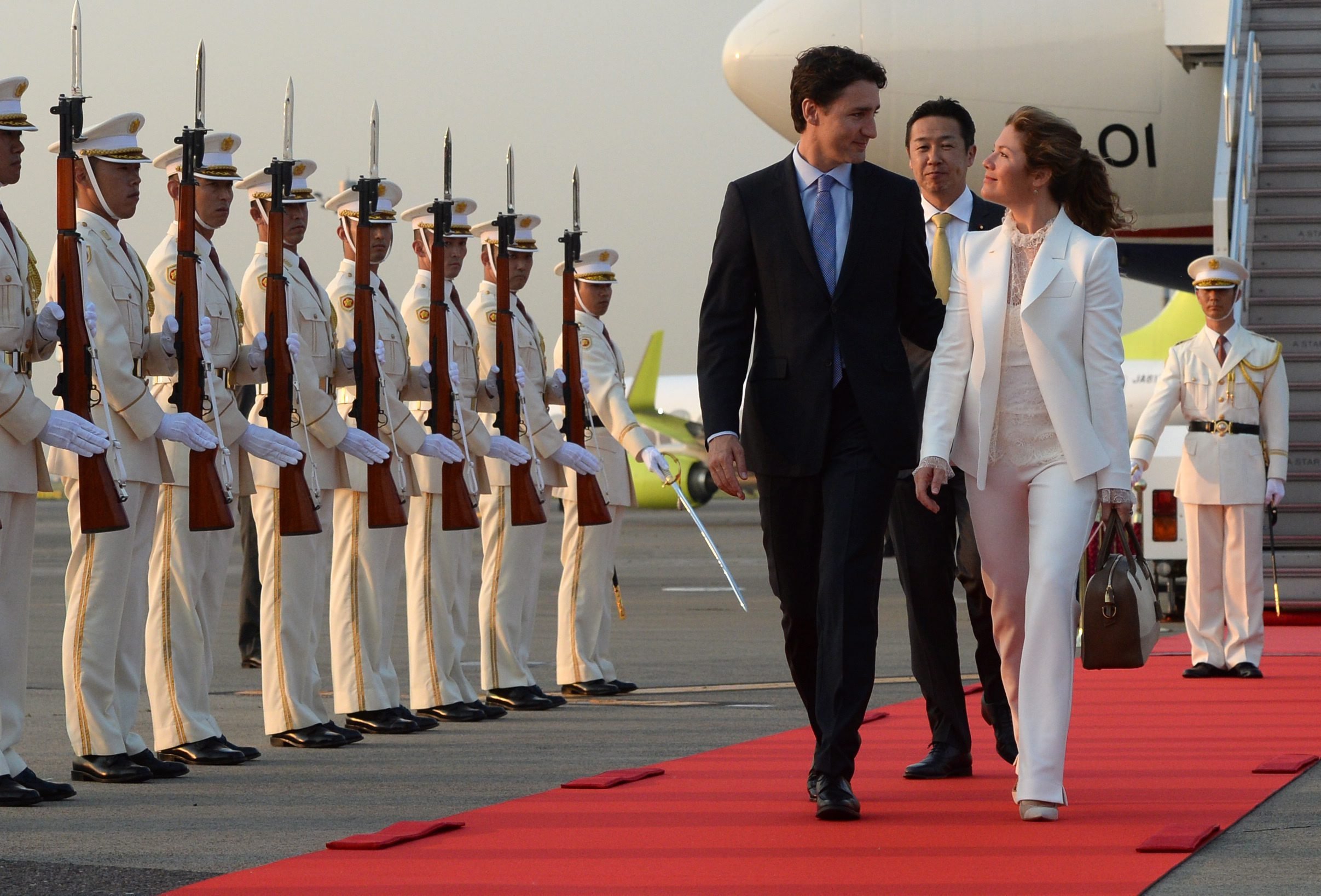 May 25 is not actually the Trudeaus’ wedding anniversary. The actual date is May 28, when the Prime Minister will be at the Liberal convention in Ottawa. Yet, the couple will be leaning back from work in Tokyo to celebrate 11 years of marriage, just before the G7 summit and just after meetings with executives of Japan’s auto sector (coincidentally, 11th anniversaries are associated with giving gifts of steel). To critique the 24-hour holiday, Maclean’s talks with three experts.

Tim Iles, associate professor of Asian and Japanese studies at the University of Victoria

Q: How would the Japanese perceive Trudeau’s day off?

A: It’s a question of it coming across as quite irresponsible. It’s putting someone’s private life ahead of public duty. This wouldn’t even happen in a private company. Taking a day off, it’s generally not done unless you have an extremely good reason—illness in the family, death in the family. I’ve never heard of a Japanese head of state taking a day off for that really personal reason. They have vacation days; it’s necessary, but [the anniversary] is something that’s really a personal thing. To say, “the business of running the country is fine, I’m going to take one day off” … they’re supposed to be on the job basically all the time with the proviso that there’s time off, carefully arranged. To tell the nation that a private issue is more important than the business of the nation … I don’t think there’d be a public expression of critique. But I think behind closed doors, there’d be some eyes rolling.

Q: How do the Japanese celebrate their relationships throughout the year?

There are two days. On Valentine’s Day on Feb. 14, young women give chocolate to men. There are two types of chocolate: “duty chocolate,” which is given to bosses. Then there’s the real deal. On March 14, on “White Day,” the men return a gift. You don’t have public officials on White Day saying, “I’m going to give my wife flowers.”

Q: Tomorrow is not the Trudeaus’ real anniversary date. It’s on Saturday, during the Liberal convention. Does that make the situation worse?

How do Canadians at home feel to have the Prime Minister doing something private instead of devoting time to the country, when he’s travelling on behalf of the country? … He should take the Liberal convention off.

Q: What do you think about Trudeau’s day off?

A: It’s much like the idea of putting the oxygen mask on yourself first on an airplane … the oxygen of a good and healthy relationship could be for the good of our country as well … There has been research to suggest that two people experiencing something different, like an adventure, where there is a little bit of an adrenalin rush, in a culture that’s not very familiar to them, might be more of a bonding experience than, you know, say, going to a restaurant in Ottawa.

Q: How does an anniversary celebration compare to other efforts for maintaining healthy relationships?

If he and his wife are in one place, [they could] even start the day off with breakfast or tea or coffee together. Even if it is through a Skype call or Facetime call, it’s great to have eye-to-eye connection. They can speak, but if they have eye-to-eye connection, it definitely gives it a little bit of intensity. Often we think we’ll take a vacation in two months or a weekend in two weeks. Instead of thinking of things in future, there are things we could do every day. They could just hug a little bit longer than they normally would or sit and talk for a few minutes each day … or maybe they have a bond over food, so they could cook together or grocery shop together.

I’ve read articles about President Obama and [the] emphasis they make on their family. Michelle’s mother lives with them to keep a kind of normalcy. I know they go to church. If President Obama can do it, I’m sure the Trudeaus can figure something out for themselves, too.

Phil Upshall, advisor to the Mental Health Commission of Canada

Q: What do you think about the Prime Minister taking the day off work?

A: Good for him. Send him a Happy Anniversary. I think it’s a really good idea … particularly when you look at the stress that exploded in the House of Commons with the Prime Minister elbowing the lady. If he’s enjoying his time in Tokyo and spending some time resting his brain, I think it’s really good for [his] mood and ability to think clearly. It helps to reset the mental clock. If he’s taking the day off, he’s setting a good example.

Q: How do anniversary celebrations compare to those for other occasions?

Q: What mental health supports are available to members of Parliament?

Politicians have available a very nice EAP [employee assistance program]. There are psychological services available. All they have to do is pick up a phone. All the parties encourage them to do that. There are very few politicians who, once they’re elected, take the time to rest and recover, whether you look at John Tory’s schedule or Kathleen Wynne. Minister [Catherine McKenna] has said she goes home at 4:30 or 5:00 and turns electronics off and spends time with the family. Sadly, [relationships] are breaking down because of the long hours and long-distance travel … They’re usually gone for four years.