Politics Insider for Aug. 11: The former Bank of Canada governor is back in Ottawa, the Tories want another WE probe and New Brunswick's latest political gambit 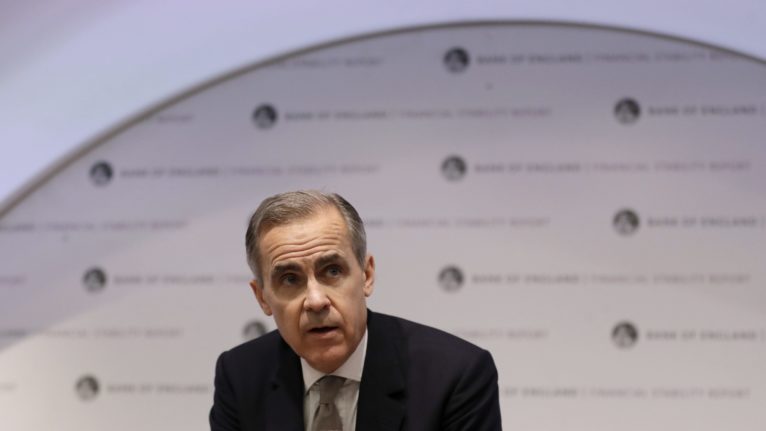 Those of you who had August 10, 2020 circled as the day Mark Carney would return to Ottawa’s political scene can now claim victory in your office pool (surely at least one geeky office around here had a pool). Bloomberg News reported that Prime Minister Justin Trudeau has enlisted Carney on an informal basis “as a sounding board for what officials are characterizing as an ambitious economic recovery plan.” The PM is also reportedly listening to Michael Sabia, formerly of Quebec’s pension fund and now the head of the Canada Infrastructure Bank.

Will Carney’s advice end up politicizing a former Bank of Canada governor who, in his past life, fiercely defended his independence from government? Or is he just a really good get? And what does it all mean for Bill Morneau, who is still, right now, the finance minister? Time to go double-or-nothing in a new office pool.

When even Liberal voters start to ask questions about their own party’s ethical conduct in government, those seeds of doubt help explain why Conservatives are throwing everything they have at the WE scandal. The Angus Reid Institute found nearly three-quarters of Canadians say the facts aren’t all on the table, and “there are more revelations to come.” That includes 48 per cent of Liberal voters (and 94 per cent of Conservatives).

Perhaps that’s why Tory MPs are blanketing parliamentary committees with investigations into WE’s short-lived administration the failed Canada Student Service Grant. The Commons finance, ethics and government operations committees are already probing various angles, and now the Official Opposition wants the official languages committee to launch its own set of hearings. The Tories want to study “serious concerns about the way the government works and the federal government’s compliance with the Official Languages Act.” Last week, La Presse reported that WE had tapped National, a public relations firm, to deliver the CSSG in Quebec because the charity lacked the capacity and resources in that province.

Trudeau’s foreign policy is perfect—for the 1990s: Terry Glavin, writing in Maclean’s, laments the federal government’s ambition on the world stage as befitting of the immediate post-Cold War era, not the modern day when multilateralism is taking a back seat in places like the U.S. and U.K., where politicians and their people are struggling to salvage their own world-leading reputations. In Canada, Glavin says, impatience with the status quo is growing.

Ben Rowswell, who served as Canada’s ambassador in Caracas while Freeland was leading global attempts to salvage Venezuela from its Bolivarian catastrophe, is among a growing number of foreign policy intellectuals calling for a root-and-branch remaking of Ottawa’s approach to Canada’s place in the world and a closer alignment with other liberal democracies in facing challenges like Beijing’s aggression and the retreat of key democracies into rightist isolationism.

Truce? New Brunswick Premier Blaine Higgs wrote to the province’s Liberal leader, Kevin Vickers, to propose every party in the province’s legislature avoid a general election until 2022 (or, if the global pandemic ends, they’d wait at least 30 days to go to the polls). The agreement would formalize an all-party COVID-19 committee and promise to implement policy ideas from all sides. One hitch: the province would still hold by-elections, but the agreement would withstand any change in party standings. Is this a power grab? A gambit to force an early election? A good-faith olive branch? You be the judge.

Canada: Leader or laggard? Does anything rile or rouse Canadians quite like a world ranking? Ryan Emgrund, a biostastician who tracks the global pandemic’s growth in Ontario, painted a relatively rosy picture of Canada’s international standing in its average weekly cases per capita (which, for the record, is 6.9 cases per 100,000 people). Irfan Dhalla, a doctor and vice-president at Unity Health Toronto, flipped the stats upside down and looked at all the countries outperforming Canada. (They both politely agreed that all the data are relevant.)

The Navy’s sixth and final Arctic and offshore patrol ship has a name: HMCS Robert Hampton Gray. The warship’s namesake was the last Canadian to be awarded the Victoria Cross. Gray flew Corsair fighters in the Pacific theatre in the last months of the Second World War. On his last mission, Gray scored a direct hit on a Japanese escort vessel with a 5oo-pound bomb. His aircraft, damaged by anti-aircraft fire, plunged into the ocean, and Gray was never seen again. That was Aug. 9, 1945, the same day an atomic bomb destroyed Nagasaki.

In 1989, the town of Onagawa built a monument to Gray (which was damaged after the devastating earthquake and tsunami in 2011), the only foreign soldier to receive that honour on Japanese soil. The inscription reads: “Now former enemies have become friends. It is hoped this will contribute to the repose of the souls of those who died for both sides and be a lasting symbol of peace and friendship between our two nations.”