Politics Insider for February 4: The Meng Wanzhou mess won’t end well for Canada, the problem with trying to catch all foreign election interference, and there are big shoes to fill in the Auditor General's office 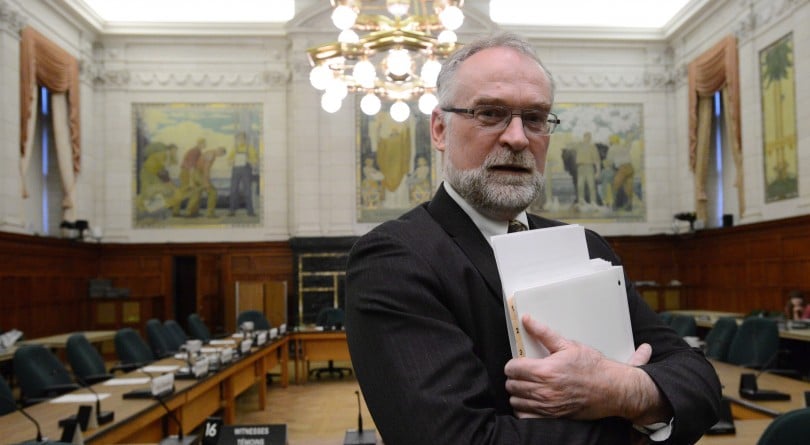 The Meng ultimatum: The arrest of Huawei’s enigmatic CFO Meng Wanzhou has landed Ottawa in the middle of a dangerous fight between its closest ally and a rising superpower in China. A new longread at Maclean’s looks at how Meng’s arrest went down, and why the shockwaves for Canada will be felt for a long time to come:

A New York court issued the warrant for Meng’s arrest last Aug. 22, but Trudeau first learned of what would be his biggest diplomatic headache more than three months later in Argentina. On Nov. 29, he landed in Buenos Aires for events scheduled around the annual summit of the Group of 20 nations. He must have expected the trip’s most memorable moment to be the planned Nov. 30 signing of the new NAFTA trade agreement at the Palacio Duhau hotel. Instead, that same day, his top aides briefed him on developments in Ottawa: the Canadian Department of Justice’s International Assistance Group had received a formal request for Meng’s arrest from the U.S. Department of Justice’s Office of International Affairs.

Justice officials had quickly grasped the sensitivity of the request, senior government sources say, and alerted their counterparts at Global Affairs Canada (GAC) and in the Privy Council Office. Even with top politicians and their aides in the loop, however, federal officials say the process unfolded exactly as it would in less sensitive cases. The Justice Department issued what’s called an “authority to arrest,” which allowed lawyers working for the RCMP to seek an arrest warrant from a B.C. judge.

On Dec. 1, Trump and Xi—also in Buenos Aires for the G20 summit—had a private dinner meeting during which the two talked themselves down from the ledge of a trade war, at least temporarily. It was, in Trump’s telling, “an amazing and productive meeting with unlimited possibilities for both the United States and China.” By the time the two men cut into their grilled sirloin, Meng had been taken into RCMP custody. (Maclean’s)

Ottawa has spent a lot of its time of late complaining about things it can’t really do much about, writes Paul Wells: “I’m not sure of the precise moment when Parliament turned into an old man yelling at clouds, but I suspect it has something to do with a dawning sense of how hard it is to influence actual things and people.” (Maclean’s)

Paper fail: With the criminal trial of Vice-Admiral Mark Norman unfolding, we’ve heard once again of senior officials conveniently not having any written notes about key conversations. The Ottawa Citizen looks at the many ways bureaucrats and politicians have found to avoid leaving a paper trail, from the illegal—as in the case of Ontario’s gas plant scandal—to the merely dubious, such as the use of code words, personal phones and refusing to write anything down. (Ottawa Citizen)

Canada’s retirement age millstone: Peter Shawn Taylor argues the Trudeau Liberals made a terrible economic mistake when they undid the Harper government’s proposed increase in the retirement age from 65 to 67, a mistake that becomes more impossible to correct with each passing year. (Maclean’s)

RIP AG: One of Canada’s most dogged champions of accountability is gone. Michael Ferguson, the auditor general since 2011, died of cancer on Saturday. His office said Ferguson had been undergoing treatment since November but had not taken leave from his duties. When the AG’s fall report was released that month, Ferguson’s usual press conference was cancelled for health reasons. Nevertheless, his report reliably skewered the Trudeau government over its fighter jet purchase plan, exposed security gaps at several Canadian embassies and warned of shortcomings of inmate release programs. (Canadian Press)

On Ferguson’s passing NDP MP Charlie Angus tweeted: “I am deeply saddened by the death of … Michael Ferguson. He was a passionate fighter for accountability in public life. His denunciation of the ‘incomprehensible failure’ of government in relation to First Nation kids wasn’t about numbers it was a moral challenge.” Many other politicians past and present also took to Twitter to share their condolences, some of whom have found themselves on the receiving end of his biting audits at one time or another: Justin Trudeau, Andrew Scheer, Jagmeet Singh, Harjit Sajjan, Stephen Harper, Jean-Yves Duclos, Catherine McKenna.

Here’s what you might have missed if you weren’t watching or listening: