Why the PM should call an inquiry into missing Aboriginal women

Editorial: At very least, an inquiry would serve as a blueprint for government action 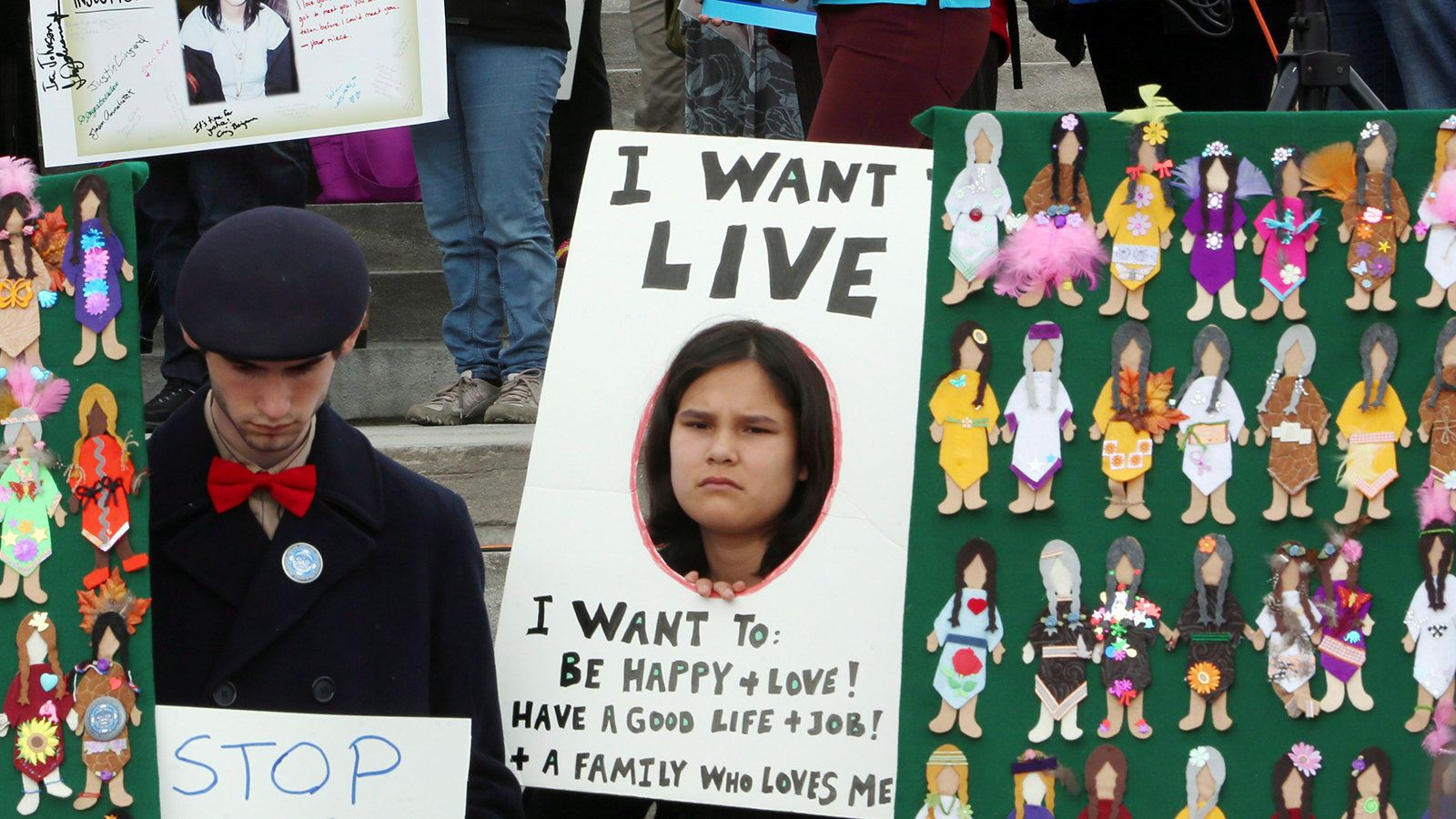 An Aboriginal girl born in Canada today will die up to 10 years earlier than the national average. She is more likely to live in a crowded home without access to clean running water. She is more likely to be sexually or physically abused, and stands a far greater chance of becoming addicted to tobacco, alcohol and drugs. She is more prone to a host of life-threatening ailments like diabetes, heart disease and cancer. Worse yet, as a recent RCMP report showed, she is five times more likely than her non-Aboriginal counterpart to meet a violent end at the hands of another.

Much of this has become part of the troubling status quo facing Canada’s Native women, and Aboriginal people in general. Yet the outsized murder rate of Aboriginal women should shake even the most disinterested soul. Sadly, it apparently hasn’t had this effect in the highest echelons of the federal government, which has long rebuffed calls for an inquiry into missing and murdered Aboriginal women.

“We should not view this crime as a sociological phenomenon. We should view it as a crime,” Prime Minister Stephen Harper infamously said, in reaction to the death of 15-year-old Tina Fontaine, whose body was recently pulled from the depths of Winnipeg’s Rouge River wrapped in a plastic sheet.

Clinical nearly to the point of cruelty, Harper’s notion that Fontaine’s death is a murder like any other misses the point. It is true that, as the RCMP report notes, solving Aboriginal murders is no more or less challenging than in non-Aboriginal communities; in both, according to the report, police have a “solve rate” of almost 90 per cent. Police will likely find the perpetrator or perpetrators of Fontaine’s death, as they have thousands of others. But the problem isn’t solving the crime. It’s unlocking the riddle behind why a staggering number of this country’s Native women end up dead, violently, well before their time.

In 1984, Aboriginal women accounted for eight per cent of all female homicide victims in Canada. Today, some 23 per cent of female murder victims are Aboriginal. This fact alone warrants an investigation that is beyond the scope of any police force.

Further particularities sketched out in the RCMP report only bolster this argument. One-third of Aboriginal women, or nearly twice the non-Aboriginal average, died as a result of a physical beating. Female Aboriginal victims were more likely to have been sexually assaulted prior to death, and more often died at the hands of an acquaintance. Aboriginal murder suspects were under the influence of drugs and/or alcohol in 71 per cent of the cases of 1,017 murdered Aboriginal women between 1980 and 2012.

There are any number of reasons behind these ghastly statistics. Certainly, the lack of real employment opportunities, and the resulting cycles of poverty, has created a sense of perpetual despair on many of Canada’s 617 First Nation communities. Inadequate governance on every level, from band councils to Parliament Hill, has stifled progress and bred a sort of institutional cynicism amongst Aboriginals and non-Aboriginals alike. Rampant addiction has further rotted out the core of too many communities, making victims of their youth even if they make it out alive. “Our generation stopped parenting,” as a resident on the northern Ontario reserve of Pikangikum, home to the world’s highest suicide rate, told Maclean’s in 2012.

The RCMP is to be commended for documenting the plight of Canada’s murdered and missing Aboriginal women. But the venerable police force acknowledges what the Harper government can’t or won’t: “While this matter is without question a policing concern, it is also a much broader societal challenge,” reads the report.

A comprehensive, well-funded national inquiry, mandated to recommend solutions, could very well help Canada tackle that societal challenge. The familiar government rationale for not holding an inquiry—that the resulting report would only gather dust—is self-defeatism at its worse. It seems ridiculous to have to say it: the disproportionately high homicide rate of a specific gender within an identifiable community in Canada should be a high-ranking priority of the government.

Though an inquiry isn’t a solution in and of itself, at the very least it would serve as a blueprint for government action in the coming years. It remains frustratingly unclear why the Prime Minister refuses to hold such a thing. Often, the Prime Minister’s obstinacy is born of partisan interest; if this is the case here, perhaps the opposition’s very vocal support of an inquiry will be its death knell. But as Stephen Harper himself found out in the case of the continuing Senate scandal, obstinacy can have a political price. Perhaps the key to forcing action on this national tragedy lies in the Canadian public reminding the Prime Minister of this fact as often as possible in the coming election year.