A new premier in Nova Scotia, a stalled Kabul evacuation, and that Wonka ad

Politics Insider for Aug. 18: There's a new premier in town; Canada's Kabul evacuation is faltering; plus all the election hits and misses 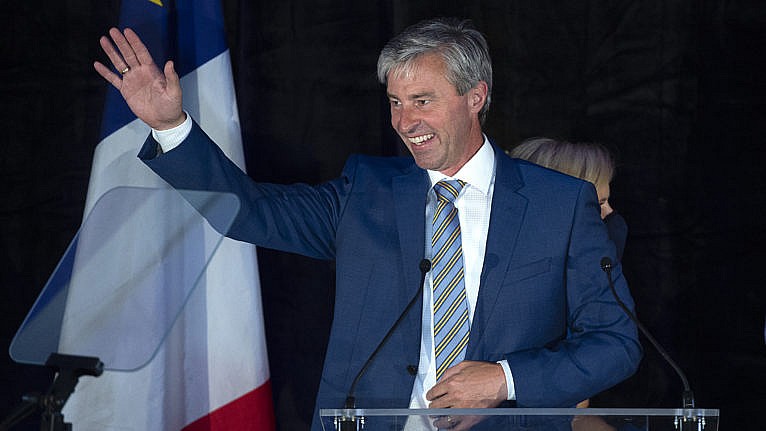 The Nova Scotia Progressive Conservatives have come from behind in the polls to secure an upset victory, the Canadian Press reports. CP and the networks were projecting a PC government, but it was unclear Tuesday night whether they will have a majority. Tim Houston, a red Tory, promised to spend more on the province’s health-care system, which is widely seen as failing rural Nova Scotians.

The result has to be seen as a rejection of untested Iain Rankin, 38, who took over from Stephen McNeil in February and who failed to instill confidence in voters.

The result will also be disquieting for the Liberal federal campaign, since it breaks a streak of successful pandemic elections for incumbents, and represents a victory for the kind of moderate conservatism that is not that different from that on offer from Erin O’Toole.

Stalled Kabul evacuation: Taliban checkpoints are hampering the evacuation of expats and Afghan support staff from Kabul, the Globe reports. About 800 former Afghan workers and an unknown number of Canadians are hiding in the city.

“The Taliban have taken control of approaches to the airport, which is making it extremely difficult for people to get to the airport in order to get out. That is something we continue to work on,” Justin Trudeau said Tuesday.

Adding to the fear is frustration with Canadian government red tape and federal bureaucrats who are inundated with requests to rescue hundreds of people following the swift collapse of Afghan security forces.

Mohammad Qasim Popal, a Canadian citizen who went to Kabul on Aug. 3 to visit his ailing mother, has been frantically trying to contact Global Affairs for help to board a Canadian or Western military flight. “They said they couldn’t do anything for me,” he told the Globe. “I even asked to contact one of the superiors, and they told me he was too busy.”

CTV Calgary has a story about how the collapse of the Afghan government is hitting former Canadian soldiers and the family of the first Canadian journalist killed in the war. “I’m very depressed over the news, disgusted with how Afghanistan has been abandoned,” said Arthur Lang. “My wife Sandra and I are heartbroken for our daughter and all the others who were killed and wounded and maimed and damaged. This has all been for nothing.” Lang is the uncle of Calgary Herald reporter Michelle Lang, who was killed along with four soldiers in 2009 by an IED.

Your correspondent, who was in Kabul in 2013, has a column in Maclean’s on Canada’s Afghanistan failure. The lesson? Don’t accept this kind of mission.

Consequences? On the campaign trail in Markham, Ont., Trudeau said Tuesday that unvaccinated federal public servants will face repercussions, CBC reports. Trudeau, who appears to want to wedge the Tories on the issue, rejected Conservative claims that his policy is the same as their policy: “We’re unequivocal that civil servants must be vaccinated. If anyone doesn’t have a legitimate medical reason for not getting fully vaccinated—or chooses to not get vaccinated—there will be consequences.” He did not say what sort of punishment is possible, and a yanked public service letter seems to give credence to the Tory claims.

The Treasury Board Secretariat … posted a letter online recently saying bureaucrats who refuse vaccination can instead undergo rapid testing before starting a shift. O’Toole, who is firmly opposed to mandatory vaccination, has proposed a similar policy, saying all Canadians should be allowed to choose whether they get vaccinated. O’Toole said that, rather than requiring that public servants and travellers get the shot, a government led by him would require them to pass a rapid test before going into work or, in the case of travellers, boarding a bus, train, plane or ship. The Treasury Board yanked the message from its website late Monday after the Conservatives held it up as evidence that Trudeau’s hard line on vaccinations was all for show, and accused him of trying to mislead Canadians about how the vaccine mandate would be enforced.

After an event in Aurora, Trudeau got heckled and crowded by a small number of vocal and angry anti-mask and anti-vaccination protesters, CTV reports. There’s video of the ugly scene, from CTV’s Rachel Aiello. Trudeau responded to the protesters by yelling at them: “please get vaccinated.”

Unwise attack: In the Star, Chantal Hebert has a column looking at O’Toole’s platform. She doesn’t think he is wise to propose ending the Liberals’ child care plan, which the premiers seem to want.

But by choosing to fight the Liberals on their child-care plan, O’Toole—like Scheer on carbon pricing—is offside with a policy that is not only popular with voters but also enjoys the support of the other main parties. It is a battlefield on which he cannot count on most premiers to have his back. More than half the provinces have already signed child care funding agreements with the Liberals.

In Maclean’s, Andrew MacDougall thinks Trudeau is struggling out of the gate and O’Toole has hit a winner with the housing policy in his platform.

Meanwhile, over in Camp Conservative, Erin O’Toole and his team have done a most unusual thing (for Conservatives): burst into full sprint by releasing the entirety of their platform. Even better, it has some genuinely interesting policy on key questions like housing and innovation, two files which will have to see progress if Canada is going to grow at a rate to help it burn off the debts accumulated by the Trudeau government’s pandemic response. Housing in particular has hardly ever featured in recent federal campaigns but O’Toole has put his finger on an issue that is causing genuine distress for a huge (and growing) segment of the population.

Wonkaed: Josh K. Elliott of Global News deserves a free coffee for his amusing lead on this story about Twitter yanking a CPC attack ad after the studio behind Willy Wonka and the Chocolate Factory complained that a scene from the film was used without permission.

And Global B.C. anchor Neetu Garcha deserves credit for remorselessly grilling O’Toole about the advertisement at length when he would prefer to have been talking about his plans for Canada.

Facing a charge: Maj.-Gen. Dany Fortin, who became familiar in the COVID-19 vaccine roll out, is facing one count of sexual assault, the Citizen reports. An arrest warrant has been issued for an alleged incident from 1988. He will present himself at the Gatineau police station this morning.

Check the Bulldog: Have a look at the Bulldog, Maclean’s live blog, featuring a cast of all stars, which is updated throughout the day. Today there are items on Santa O’Toole, the Liberals’ vaccine passport app, and O’Toole’s silence on race.