Politics Insider for Nov. 24: Pierre Poilievre's rhetoric on 'The Great Reset' is a 'mixed blessing,' Don Iveson won't go for a third term and a Wikipedia prankster in the federal bureaucracy 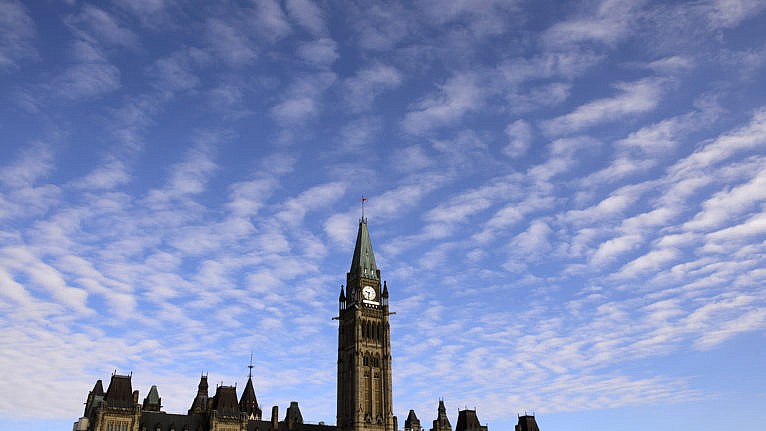 Way back in May, when the pandemic’s first wave was starting to cool off in Canada, the department known as Innovation, Science and Economic Development put out a call for bidders. Deep in the appendix of the document meant to tell prospective bidders what the work would entail, ISED’s instructions to the winner were to “undertake analysis of key strategic industrial sectors” and “spark big ideas.” The project involved “modelling the medium- and long-term impact of the COVID-19 pandemic and assessing opportunities and vulnerabilities for Canadian industry.” The feds wanted “options for the ‘art of the possible’ for an overarching, strategic Canadian industrial response to spur digital and sustainable sector growth.”

ISED appeared to be planting the seeds for a plan to “build back better” in a post-pandemic world. Yesterday, a winner of the $452,000 contract emerged: McKinsey, the global consultancy headed by Dominic Barton—a top economic advisor to the young Liberal government—until he took up a gig as Canada’s ambassador to China.

The Great Reset is mostly just Liberals blowing off steam: Mostly. Paul Wells, writing in Maclean’s, takes a hard look at the Trudeauian take on “build back better” rhetoric. And he casts a critical eye on Tory MP Pierre Poilievre‘s own amped-up takedown of the PM’s worldview. Sure, Liberals aren’t engaged in the socialist world-government conspiracies that float around the internet. But Poilievre, writes Wells, isn’t always wrong.

Pierre Poilievre is “often a mixed blessing.” He goes too far, he plays to the bleachers, and I believe that if he were, say, a U.S. Republican Senator, he would be encouraging Donald Trump’s assault on democracy, for the sake of the team, rather than discouraging it, for the sake of the Constitution. For that reason I hope he won’t be Canada’s finance minister. But neither is he always wrong. Just last summer Poilievre had this crazy notion that the government was spending millions to build Trudeau a secret mansion at Harrington Lake, and damned if that wasn’t mostly true.

Last month, your newsletter correspondent wrote about lobster fishers in picturesque Malpeque Bay, P.E.I., who are desperate for a new harbour. Strong winds and shifting tides create treacherous conditions in the channel between the fishers’ wharf and the open water. They’re hoping the feds pony up some of the nearly $42-million cost of a new, safer harbour a short drive away. But Ottawa won’t make any promises, and just posted a new dredging contract for up to three years of work that could cost $2 million before tax.

Edmonton’s popular two-term mayor, Don Iveson, announced he won’t run for a third term in 2021. Iveson won 62 per cent of the vote in 2013 and 72.5 per cent of votes in 2017. What’s a popular progressive former mayor to do? Could he look for a different job in the same city, say, at the provincial legislature? Could he be a western voice for a non-Conservative party in the House of Commons? Iveson, who once rode an escalator with Maclean’s and offered a pitch for where Canada should be in 2020, is only 41 years old.

Late last week, Public Safety Minister Bill Blair tabled the RCMP’s 2019 annual report on firearms. One of the report’s tables breaks down the number of firearms licences by province and territory. We crunched the per-capita data, and found that Yukon leads the way at 19.2 licences per 100 residents. Newfoundland and Labrador sits second at 14.7 per 1,000. Alberta sits eighth (7.45), while Ontario is 12th (4.3). P.E.I., at 4.1, has the least licences per capita. (These don’t track overall number of guns owned, simply the number of licences granted. In 2017, the Switzerland-based small-arms survey pegged Canada at 34.7 civilian firearms per 100 people, far behind the American mark of 120.5.)

The indefatigable @GCEdits bot caught a public servant in the act of what appears to be prank Wikipedia editing. At about 2:30 p.m. in Ottawa, a worker bee at Innovation, Science and Economic Development Canada (ISED) edited the running list of eponymous laws—those named after a person, like Murphy’s law—by adding Innopertune Lunch Law: “The principle that no matter how free or ready for lunch you think you are, some task will arise that requires your immediate attention as soon as you sit down to eat.” A perfectly serviceable joke, but our prankster misspelled inopportune and misunderstood the definition of the word eponymous (the entry was scrubbed minutes later). Here’s a better joke: “What did I say to the bored bureaucrat? ISED, do better.“