Politics Insider for March 19: Virtually every expert said massive federal spending was necessary to stave off economic disaster. Yesterday, the feds responded. And snuck in an announcement about the Canada-U.S. border. 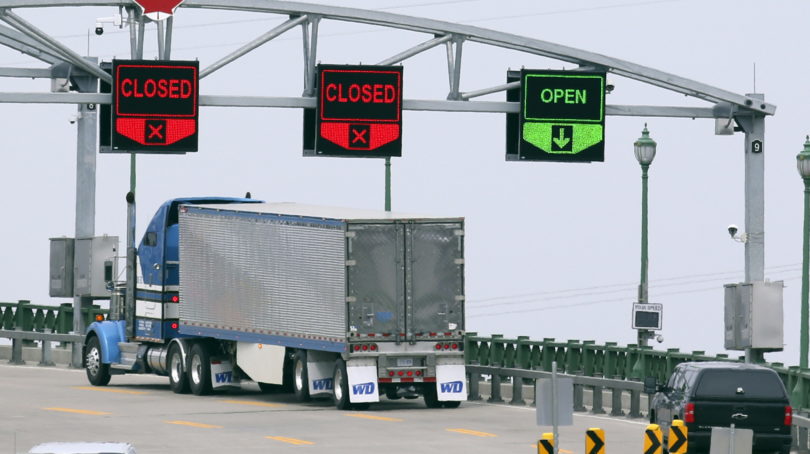 “Before we get into things, I have some news to share regarding the Canada-U.S. border.”

Only during a global pandemic would an unprecedented closure of the longest un-militarized border in the world count as a mere prelude to bigger news. But Prime Minister Justin Trudeau‘s latest address from self-isolation in Ottawa also included an $82-billion package of economic measures—that’s three per cent of GDP—to help stave off economic collapse as coronavirus-inspired social distancing empties streets and shutters shops.

Thirty minutes before Trudeau walked up to his lectern, Donald Trump tweeted what seemed unthinkable even two weeks ago: Canada and the U.S. were working on an agreement to mutually shut their border to non-essential travel. They emphasized that trade, facilitated by critical supply chains, would not stop. Details on how the two sides would pull it off were left to another day, but the nitty-gritty remains a mystery. Bruce Heyman, a former U.S. ambassador to Canada, told the Globe and Mail: “This is going to be much harder than it sounds, and you’re probably going to have some unevenness in how the rule is applied.”

So that was the first news. Next up was the massive federal assistance package whipped up by politicians and number-crunchers in only a few days (recall that only a week ago, Bill Morneau picked a budget date he abandoned soon after). This was a bundle of measures, split between workers and businesses, best suited for bullet points. First up, some of the biggest measures directed at workers:

The feds will also extend the tax-filing deadline for Canadians to June 1, and defer payment owed to the Canada Revenue Agency until September. They’ll subsidize wages for eligible small businesses and non-profits, up to $1,375 per worker and $25,000 per employer. They’ll “provide increased flexibility to lenders” to defer mortgage payments on government-insured loans.

That’s not all. Ottawa will reduce minimum withdrawals from registered retirement income funds, slap a moratorium on student loan payments for six months, earmark $305 million for First Nations, Inuit and Métis communities, send $50 million to women’s shelters to increase capacity and find more than $150 million for homeless people in Canada.

Exhale. Now, more bullet points for what the feds are doing for businesses across Canada:

Parliamentary Budget Officer Yves Giroux tweeted a brief critique of the government plan. In particular, he was puzzled about why retirement income funds—a “response to stock markets” and “long-time issue for some (esp wealthy) groups”—would be part of a pandemic plan. Ken Boessenkool, an economist and former Harper advisor, is advocating for a simpler solution for government: send $2,000 cheques to everyone who pays income tax, and “claw back in next year’s tax form as required.”

What did the opposition say? Outgoing Conservative leader Andrew Scheer is onboard to pass emergency legislation that implements the measures. So is Jagmeet Singh, who also expressed frustration at the pace of assistance—which he says could be weeks when people need help now. The Greens and Bloc Québécois will also vote in favour. Scheer told CTV News the coronavirus crisis has put a pause on partisanship in Ottawa: “This is something unprecedented that really has brought us all together to look at what we can do for people.”

It is time for a national unity government: If this federal government is going to truly represent the people of Canada as they endure a sustained crisis, Scott Gilmore writes in Maclean’s, then it ought to invite opposition leaders into the inner circle. Robert Borden, after all, formed a unity government as Canada battled through the First World War.

Her Majesty’s Loyal Opposition plays a critical role in our parliamentary system. They hold the government to account and force it to justify its decisions. In normal circumstances, this role is played sitting across the aisle from the party in power, not sitting at the same cabinet table. But these are not normal circumstances—they are far closer to the great wars of the 20th century.

Poof, there goes $1 trillion: How did the markets react to the federal funding frenzy? Well, the Loonie sank to 69 cents against the U.S. dollar (the last time the currency fell this low, SARS was making its way to Canada). It didn’t help that oil prices had another atrocious day, plummeting to their lowest level, well, ever. Bloomberg reports that as Canadian markets fail to rebound substantially before they tumble yet again, “almost a trillion dollars has been wiped off Canadian stocks in a month.”