Politics Insider for Dec. 19: Ottawa offers $1.6 billion in loans and other financial support to Alberta oil, the steel tariffs must go, and the Privacy Commissioner has a tip for tokers 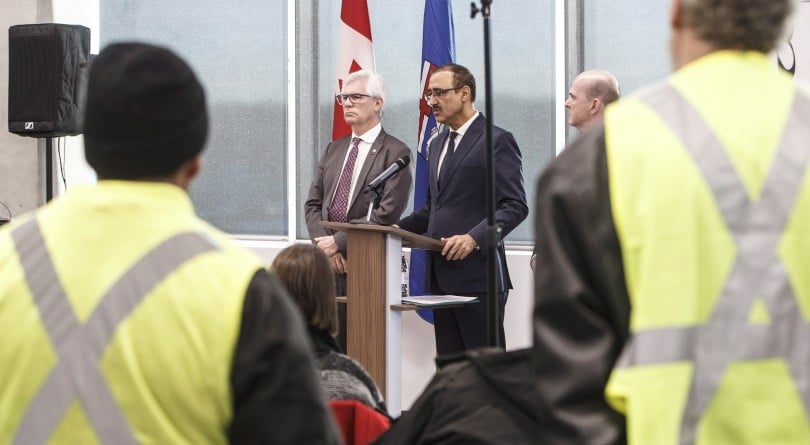 A day after 1,000 Albertans turned out for a pro-pipeline rally—and, apparently, to boo the use of French—the Trudeau government came bearing handouts. Ottawa offered $1.6 billion in loans and other financial aid to energy companies. (Twitter, Globe and Mail)

Most of the support comes in the form of loan guarantees from Export Development Canada, which miffed Alberta NDP Rachel Notley. “We don’t need help finding more markets,” she said. “We need help moving our product, and I don’t know that we could have been much more clear about that. Offering Alberta business owners and industry the opportunity to go further in debt is not any kind of long-term solution.” Still, she said, the aid was “a start.” (Canadian Press)

Even as Federal Natural Resources Minister Amarjeet Sohi was announcing the aid package on Tuesday, global oil prices were in free fall and markets fear overcapacity and a slowing global economy. U.S. oil prices fell seven per cent while the price of Canadian crude tumbled 18 per cent. (Reuters)

Canada is reviving its pitch for the Trump administration to scrap the steel and aluminium tariffs it imposed on Canada last year, arguing they go against Donald Trump‘s own USMCA trade deal. A key component of the deal raised North American content requirements for auto production.  “There is an internal contradiction in having tariffs on Canadian steel even as there is a built-in requirement for North American steel,” said Canada’s foreign affairs minister Chrystia Freeland. “So I do feel the Canadian case, which has always been very strong, is only getting stronger.” (CTV News)

Showing he’s got the best interests of Canadian tokers at heart, Privacy Commissioner Daniel Therrien offered advise to anyone buying legal weed in Canada: use cash, not plastic. “Cannabis is illegal in most jurisdictions outside of Canada. The personal information of cannabis users is therefore very sensitive. Some countries may deny entry to individuals if they know they have purchased cannabis, even lawfully.” Pay with cash and no one ever needs to know you were there. (Canadian Press)