Politics Insider for January 17: Turmoil in Burnaby-South byelection and America calls out China over arrests and death sentence, as China temporarily detains another Canadian 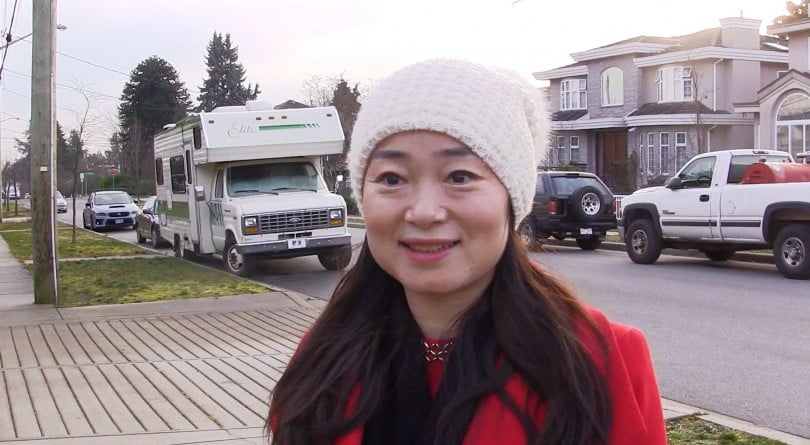 Liberal candidate Karen Wang speaks during an interview in Burnaby, B.C., on Tuesday, Jan. 15, 2019, in this image taken from video. The Liberal candidate running against NDP Leader Jagmeet Singh in a Metro Vancouver byelection has bowed out of the race after singling out Singh's ethnicity in an online post. Karen Wang apologized Wednesday for her comments, saying that the diverse character of Burnaby South is a real source of strength. (Laura Kane/CP)

In the end, the only question was how long it would be before Karen Wang resigned. The Liberal candidate in the byelection for Burnaby-South sent out a message to Chinese voters on the Chinese social media platform WeChat noting that she was the only Chinese candidate in the race and that, well, Jagmeet Singh is not. Specifically, Wang pointed to the NDP leader’s ethnicity in an apparent bid to rally Chinese voters in the riding to her side on the basis of race. The StarMetro Vancouver bureau got hold of the message and translated it, sparking immediate calls for her to step down. (StarMetro Vancouver)

Here is what Wang wrote in her WeChat message: “If we can increase the voting rate, as the only Chinese candidate in this riding, if I can garner 16,000 votes I will easily win the byelection, control the election race and make history! My opponent in this byelection is the NDP candidate Singh of Indian descent!”

And here’s what she said hours later when she dropped out of the race: “In trying to speak about my own story and the importance of people of all different backgrounds getting involved in this important byelection, I made comments online that also referenced Jagmeet Singh’s cultural background. My choice of words wasn’t well-considered and didn’t reflect my intent, and for that, I sincerely apologize to Mr. Singh. I have deep respect for him as the leader of his party and for his public service — and I would never want to diminish that in any way.” (Canadian Press)

The Liberals have until Feb. 4 to name a new candidate for the riding, with the vote to take place on Feb. 25.

The death sentence handed down to a Canadian citizen by a Chinese court was “politically motivated,” the U.S. State Department said in a statement, after U.S. Secretary of State Mike Pompeo spoke with Canada’s Foreign Affairs Minister Chrystia Freeland. Between the death sentence and the arrests of two Canadians, moves widely seen as retaliation for the arrest of a Chinese telecom executive in Vancouver, Freeland described China’s behaviour as “a threat to all countries.”  (Canadian Press, Globe and Mail)

Meanwhile another Canadian, the daughter of a jailed Chinese pro-democracy activist, was temporarily detained at Beijing’s airport on her way from South Korea to Toronto. Ti-Anna Wang, her daughter and husband, were taken into custody for two hours. They were ultimately put back on a plane to South Korea, but Wang described the ordeal as “a shocking, terrifying and senseless ordeal with no purpose but to bully, punish and intimidate me and my family.” Her lawyer, Irwin Cotler (who served as Canada’s justice minister in the Martin government) called it yet another example of China’s “hostage diplomacy.” (Toronto Star)

Ahead of parliament resuming on Jan. 26, political staffers and other employees on the Hill gave the House of Commons’ new digs in the West Block a dry run on Wednesday. (Twitter)

Lastly, here’s a look at what it takes for the speaker of the House of Commons in Britain to keep things functioning through the Brexit turmoil: “OOORRRDDDEEERRR!!!” (Twitter)