Rainbows and unicorns and Huawei's campaign to win over Canadians 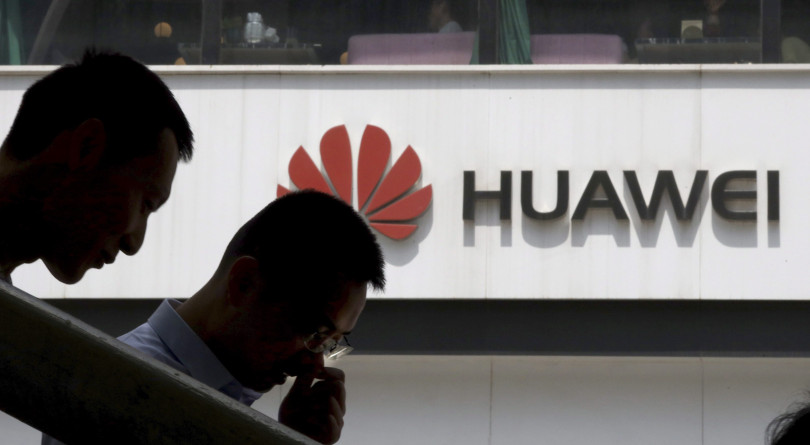 Here comes the sunny again: The revelation over the weekend that Gerald Butts has come back to the Trudeau Liberal fold as a senior campaign advisor offers a hint at the tone of the Liberal offer in 2019 — a return to positivity, writes Andrew MacDougall. Tories beware:

While Butts has a well-deserved reputation as a partisan gunfighter on platforms like Twitter, his true value to the Liberal cause is his optimism. He is a believer in the power of big government to solve big problems, whether that’s climate change or middle class woes. His return is the strongest hint we have yet at the tone of the Liberal offer in 2019.

The 2015 Trudeau offer of more spending, middle-class tax breaks, and increased child support was driven by a relentless optimism, a tone that was meant to jar with the public perception of Stephen Harper’s nearly 10 year-old government. By going positive again the Liberals could build on the best of Trudeau while goading the Conservatives into the kind of behaviour that fits the public narrative about their party. (Maclean’s)

Ignore that other stuff please: Huawei, the Chinese telecom at the centre of worsening trade relations between China and Canada, upped its charm offensive with a media event and ad campaign pushing its role in bringing high-speed wireless to remote communities. “Our motivation is straightforward: in the 21st century, access to the internet is not a luxury – it’s a necessity,” said Alykhan Velshi, Huawei Technologies Canada’s vice-president of corporate affairs. “Everyone deserves to be connected.” Everyone, that is, except the two Canadians detained by Beijing without access to lawyers in retaliation for Canada’s arrest of Huawei executive Meng Wanzhou on a U.S. extradition request. (Globe and Mail)

Velshi took the ostrich approach to questions about Beijing’s requirement that Huawei must co-operate and support China’s national intelligence work: “I don’t know anything about Chinese laws, because they don’t apply to me because I am living here in Canada.” That was “one of the dumbest things you could have possibly said,” replied Carleton University associate professor and national security expert Stephanie Carvin. (CBC News, Carvin’s tweet)

Not like the others: He’s the right-leaning premier who doesn’t quite fit in. In April Dennis King led his Progressive Conservative party in Prince Edward Island to victory, the fifth province to shift from red or orange to blue. But as Jason Markusoff’s interview with King reveals, his politics have taken on a different hue of blue:

Q: Your legislature recently passed a Green private member’s bill to lower P.E.I.’s carbon emissions target to 43 per cent below 2005 levels, instead of 30 per cent. We’re not exactly used to seeing a Conservative-led government take a Liberal government’s target and accelerate it. What happened?

A: I just believe as an island province, we have to be very mindful of the changing climate and the impact it has. I think Prince Edward Island has always been a leader on issues like this. You just saw the change in our legislation to eliminate plastic bags [as of July 2019]. I just think this is one we can’t afford to get wrong. We have to work toward the ultimate goal of carbon neutrality, and have to be serious about how we go about doing it.
…
Q: Modern P.E.I. has never before seen a minority, and no province has had a Green Official Opposition. What’s that been like?

A: Well, it has been very very interesting, for sure. Islanders gave a clear mandate in the election of April 23, and that is they want all parties to work together, regardless of partisan stripe. That’s the attitude I had as a leader in the election. That’s the attitude I had my entire life. It hasn’t been without its challenges, but all government mandates are challenging, whether they’re minority or majority. Overall, we’ve seen probably seen the most collaborative government that’s ever been in the history of Prince Edward Island. (Maclean’s)

A house derided: It’s been, what, 10 months since the last round of hand wringing over the fate of Canada’s most famous derelict house? Clearly in this slow summer pre-election season what was needed was some more anguished rhetoric about 24 Sussex, the official prime minister’s residence that hasn’t actually had a prime minister in it since 2015. In response to questions from the Canadian Press, the Conservatives attacked the Trudeau government for dithering about repairing the home, which is expected to cost close to $100 million. “The renovation costs of 24 Sussex Drive are a failure that Justin Trudeau has been unable to fix in four years,” a spokesperson for Andrew Scheer said in a statement. “This is an unacceptable situation, and unfortunately, taxpayers are being stuck with the bill.” If only the , , ,  government had taken action. (Canadian Press)