Skills training: Can the Liberals go bold in Budget 2019? 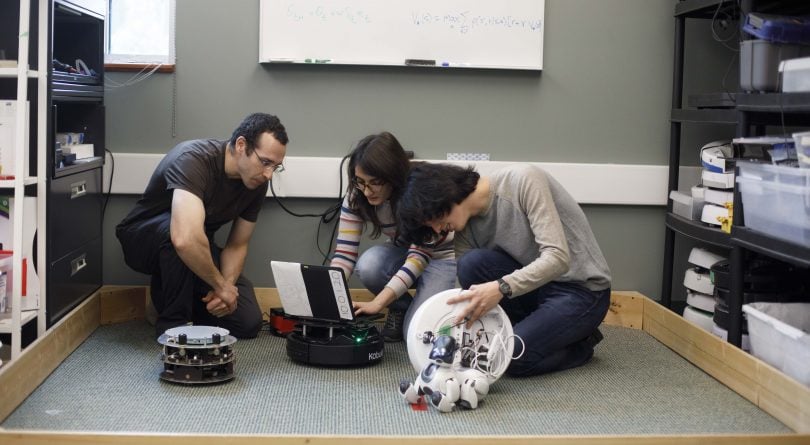 For his last budget before next fall’s federal election, Finance Minister Bill Morneau is signalling that he plans to highlight skills training. It’s a natural policy gap for the Liberals to try to fill. They’ve made a push to help parents raise kids, through their signature Canada Child Benefit. They’ve put serious reforms in the window for the retirement years by enriching the Canada Pension Plan and boosting the Guaranteed Income Supplement. But for what comes between childhood and retirement—the working years when Canadians increasingly worry about having to adjust to technological change—they haven’t staked nearly as clear a claim to bringing in bold policy.

Yet any election-ready skills announcements in Morneau’s 2019 budget, which he’ll table on March 19, are bound to raise awkward questions about what’s happened up to now—or not happened. Way back in his 2017 budget, Morneau committed $225 million over four years to establish something called FutureSkills Lab, an agency with a mandate to devise new ideas in training for a fast-evolving, technology-driven economy. The name has since been dulled down to Future Skills Centre, but its long-awaited launch isn’t expected until mid-February, when the government is also planning to finally announce the members of a long-promised advisory group called the Future Skills Council.

The ponderous pace at which these modest steps have rolled out suggests Ottawa finds moving decisively difficult when it comes to skills policy and programs. It can be a frustratingly complicated field. The provinces have the main jurisdiction over education, making any federal incursion into it a test of federal-provincial diplomacy. Still, pressure for Ottawa to act is mounting as the pace of workplace change, especially with the spread of artificial intelligence, accelerates. “We’re going to have an increasingly large challenge to retrain or upskill existing workers in our workforce,” says Sean Mullin, executive director of the Brookfield Institute at Ryerson University in Toronto.

Mullin’s think tank on innovation has estimated 42 per cent of Canadian workers are at risk of seeing their jobs eliminated or dramatically changed by automation over the next two decades. And Morneau has repeatedly cited this as a pressing problem. But what to do about it? Mullin casts the challenge in sweeping historical terms. The public school system arose to teach millions what they needed to move from farming to industrial work. As more jobs demanded more sophisticated skills, universities and colleges expanded rapidly. “But we don’t have the system right now to take someone who’s 35, 45, whose occupation or even entire sector is being eliminated, and make sure they continue to be productive members of society,” Mullin says.

Some of the most fully thought-out proposals for skills policy focus, so far, not on mid-career upgrades but on the traditional education system designed mainly for young people starting out. For instance, the Business/Higher Education Roundtable, set up in 2015 by the Business Council of Canada, is urging Morneau to make a big push in what’s called “work-integrated learning.” Building on a $73-million, four-year program to subsidize student summer jobs, which the Liberals launched in 2017, the roundtable is asking the government to put up another $320 million over three years, which would be nearly matched by about $300 million from employers, to give more than 80,000 students a chance at that key early work experience.

Another idea would see the federal government boost support for overseas education. The Study Group on Global Education, co-chaired by University of Ottawa professor Roland Paris, a former foreign policy adviser to Prime Minister Justin Trudeau, has been lobbying for federal funding to send many more Canadian students abroad, which the group touts as essential—not some frill—in a globalized economy.

These proposals wouldn’t address the growing anxiety about what to do when, for example, hundreds of middle-aged auto workers in Oshawa, Ont., suddenly find they need to switch jobs. Among the ideas popping up in the pre-budget chatter are so-called “wrap-arounds,” the term used to describe government financial support of, say, child care or transit costs for a working parent who enrols in retraining. There’s also talk of tax incentives for workers to save for taking just that sort of break from work to upgrade skills.

None of these ideas, however, come close to Mullin’s concept of a whole new institutional framework for retraining. Maybe concepts as sweeping as Mullin’s will emerge eventually from the Future Skills Centre or the Future Skills Council—but they’ll be too late for this spring’s budget or the fall election to follow.