SNC-Lavalin: From scandal to soap opera

Politics Insider for March 7: Butts testifies, Wilson-Raybould offers to offer more, and Wernick says no 'threats' were made 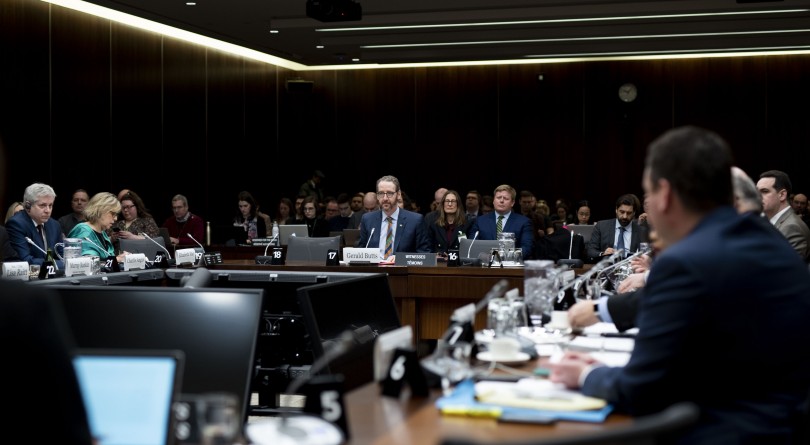 A little over two weeks after he resigned as Prime Minister Justin Trudeau‘s principal secretary, Gerald Butts offered his own truth about what transpired last fall between the PMO and former attorney general Jody Wilson-Raybould over SNC-Lavalin. It was an effort to transform the SNC-Lavalin story from scandal to family soap opera.

Straining to voice respect and affection for Wilson-Raybould, Butts nevertheless contradicted her assertion that she faced sustained pressure to offer a deferred prosecution agreement to SNC-Lavalin so the company could avoid criminal prosecution over fraud and corruption charges. All the PMO wanted, he insisted, was for her to seek outside legal opinion on the matter, because of the jobs at stake. (Maclean’s)

Butts didn’t paint a very stellar picture of the thought process behind either the PMO’s handling of the SNC file, or the decision to shuffle Wilson-Raybould from justice to veterans affairs, writes Paul Wells:

The Prime Minister’s former principal secretary offered real insight into the workings of this government; refused to talk, in systematic ways, about specific elements of the former attorney general’s testimony; and described a political operation whose judgment was, at important moments, hard to admire in retrospect. (Maclean’s)

Check out these highlights from Butts’s testimony. (Maclean’s)

During his testimony, Butts took the committee inside the sausage factory of how cabinet shuffles are made. He said the PMO had originally planned to move Wilson-Raybould to Indigenous Affairs last fall, after that posting opened up with Jane Philpott‘s move to the Treasury Board, but she refused. Wilson-Raybould had spent her life opposing the Indian Act, and Butts says he should have anticipated that. But the offer of the position was still “deeply humiliating,” say experts, akin to “asking Nelson Mandela to administer apartheid.” (CBC News)

Clerk of the Privy Council Michael Wernick also returned to the committee room Wednesday, where he denied he’d made any threats to Wilson-Raybould and insisted “the minister experienced lawful advocacy to consider doing something lawful in the public interest.” (CBC News)

Wernick did reveal that Kevin Lynch, a former Privy Council clerk and now chair at SNC-Lavalin, called him directly to ask “Isn’t there anything that can be done?”  (Globe and Mail)

More commentary and analysis from around the #CdnPoli-sphere:

Wilson-Raybould is ready and willing for a round two of testimony herself. In a statement said said her first round of testimony “was not a complete account but only a detailed summary.” But the Liberals on the committee blocked an opposition motion to immediately invite her back to speak. Instead the committee will reconvene behind closed doors on March 19 to debate whether to invite her back. (Globe and Mail)

We’ll hear from Trudeau himself this morning. He’s set to deliver a statement, in which he’s expected to change his tone on the SNC-Lavalin controversy, admit mistakes were made, and display “contrition” over his handling of the file. (Global News)