Politics Insider for March 13: Scheer's SNC-Lavalin fumble, that sure looks like lobbying, and when the West got out 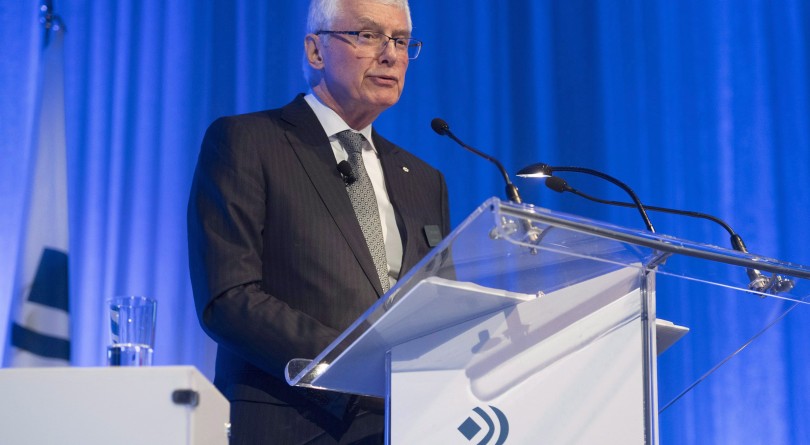 Too soon?: By stumbling his way through the opening weeks of the SNC-Lavalin controversy, Prime Minister Justin Trudeau created any number of opportunities for his political opponents to calmly but ruthlessly dismantle his constantly changing narrative. Instead, Conservative Leader Andrew Scheer fumbled the opportunity with his pre-mature call for Trudeau’s resignation, writes Andrew MacDougall:

If Canadians are impressed by what they’ve seen from Scheer personally in response to SNC, they’re doing a pretty good job of hiding it. While Conservative support has now surpassed that of Trudeau’s Liberals, Scheer’s personal numbers remain below Trudeau’s.

The differential in polling outcomes likely exists because people identify Trudeau much more strongly with his party than Scheer with his, and because the SNC debacle has, to date, been driven more by Trudeau’s missteps than Scheer’s interventions.

To wit, Scheer called for Trudeau’s resignation (checks calendar) 12 days ago and Trudeau is (checks www.pm.gc.ca) still prime minister. Canadians will have noticed the misfire. (Maclean’s)

If it walks like a lobbyist and talks like a lobbyist: Last fall Canada’s former top bureaucrat called up Canada’s current top bureaucrat to talk about SNC-Lavalin. In doing so, Kevin Lynch, now the chair of the engineering company’s board, may have broken lobbying rules. Privy Council Clerk Michael Wernick disclosed the Oct. 15 call during his second round of testimony to the justice committee last week, but the Hill Times found no record of such a call in the federal lobbyist registry. A spokesperson for SNC-Lavalin said Lynch’s call was merely to inform Wernick the company would be issuing a statement after prosecutors refused to offer it a remediation agreement. As Wernick told it, Lynch asked him: “Isn’t there anything that can be done?” (Hill Times)

Ethically speaking: The watchdog looking into whether the PMO broke any federal ethics rules in the SNC-Lavalin affair has taken a “prolonged” medical leave, according to his office, which said the investigation will continue in his absence. Mario Dion later told a reporter he hopes to be back within weeks and said “There’s no delay that will be attributable to this. (CBC News, Twitter)

For your viewing pleasure: Ever wonder what those Senators get up to over there when no one is watching? Soon you can see for yourself. After some “testing and rehearsals” regular video broadcasts from the Senate chamber will begin for the first time on March 18. (CTV News)

When no one wants Alberta’s oil: Twitter fights about pipeline politics, carbon taxes and culture wars are fashionable. But Alberta needs to think long-term—and not just hope for another boom, writes Jen Gerson;

[Alberta] has a bad habit of talking about the need for economic diversification until the next resource boom rolls around to save the day. “On diversification specifically, it’s just one of those words we throw around, but we don’t know what it means or what the actual goals are,” says Trevor Tombe, a professor of economics at the University of Calgary. The problem is that talk of diversification is just that—talk—if the provincial government’s own fiscal situation remains a mess.

Alberta has suffered substantial deficits since the oil price dropped in 2015 and oil revenue tanked with it. Just as a decade of Progressive Conservative governments had done before it, the NDP adopted a strategy of waiting for the oil royalties to come back.

When Alberta doesn’t want Canada: University of Calgary professors David J. Bercuson and Barry Cooper imagine a future when Alberta, Saskatchewan, Manitoba and parts of Ontario and B.C. have split from Canada to form the Republic of the Northwest:

The immediate benefits were obvious. Indeed, gaining them was a major part of the failed negotiations of 2020. How long ago that all seems now!

First there was an end to the corrupting equalization payments. More symbolic, but tied to equalization, came an end to the absurdities of official bilingualism. With the accession of northern British Columbia, the Northern Gateway oil pipeline to Prince Rupert was built in less than two years. The huge new container port, built at the same time, has cut transit times from Chicago to the Western Pacific by three days as compared to shipping through Vancouver or Seattle. (Maclean’s)