Politics Insider for Mar. 9: The latest on COVID-19, the new Ontario Liberal leader and a probably plan to ban conversion therapy. 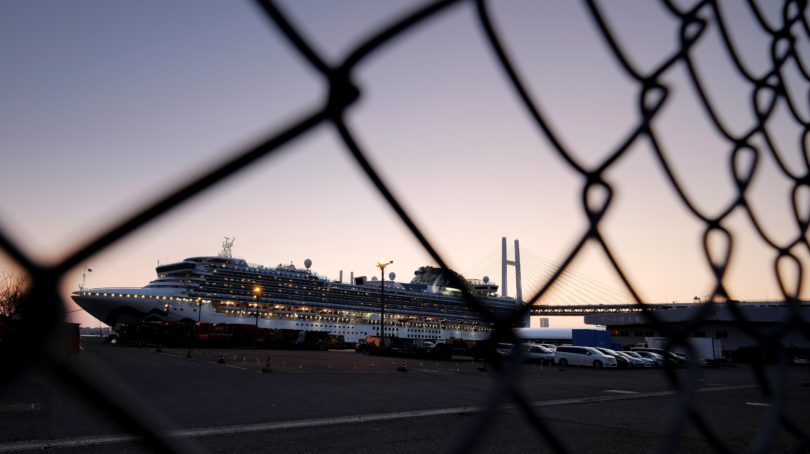 The biggest news of the weekend continues to be COVID-19, which saw new cases pop up worldwide. The Italian government, faced with a ballooning 7,375 cases and 366 deaths, locked down 16 million people in 14 northern regions. Canada, however, remains relatively safe on the global list, with just 60 confirmed cases nationally.

Those don’t include presumptive cases, however. In Alberta, three presumptive cases sprung up on Sunday, as well as one confirmed case. Three of the four are directly related to the Grand Princess cruise ship, which is currently drifting at sea after being quarantined upon a second outing. The beleagured boat is currently holding 3,500 people hostage off the coast of California, including 237 Canadians whom, the government announced, will be repatriated and quarantined for 14 days at Canadian Forces Base Trenton. The moral of the story: stop taking cruises, people. Apparently the Princess isn’t even worth the effort: as one disappointed traveller from Feb. 2020 summarized in their one-star review on CruiseCritic.com that made no mention of the coronavirus, “Worst. Service. Ever.”

While cancellations continue to wreak havoc worldwide, people are wisely travelling less. The problem? The oil industry saw its worst price cut in decades as the Asian stock exchanges opened Monday morning, marking the largest single-day drop since the start of the Gulf War. No word yet on how this will impact the Canadian economy, but surely it will.

Regardless, so far, a majority of Canadians approve of how the Canadian government has handled of the virus. According to a survey by Forum Research, commissioned by the Star, 58 per cent of Canadians feel our national health care system is doing a “good job” so far.

Be proud. Elsewhere in the halls of federal governance, the Liberals are today expected to introduce an amendment to the Criminal Code that bans conversion therapy, the controversial practice that pushes LGBTQ people to “convert” to become heterosexual. Such a ban was one of the Liberals’ promises during their 2019 election campaign, calling the practice “scientifically discredited.” The NDP and Bloc Québécois have conditionally agreed to support the changes, while the Conservatives are amenable to the idea. Private religious organizations, however, have promised to fight the law in court, citing infringement of their religious freedoms.

Facing Ford without fear. The Ontario Liberals have swiftly elected their new leader: Steven Del Duca, a longtime provincial Grit and former cabinet minister. Del Duca won in a landslide first-ballot vote, carrying nearly 59 per cent support. Fans call him intelligent and plainspoken, while critics fear (and opponents gleefully note) that he may carry too much baggage from the disastrous era of Kathleen Wynne, which decimated the party’s standing to just eight seats in the current provincial legislature.

Woman of the north. In Maclean’s, Nadine Yousif profiles Caroline Cochrane, Canada’s only female premier, heading up the government of the Northwest Territories. It’s a rare glimpse at the little-appreciated leader of an overlooked, but critically important territory.

All of it—the hardscrabble background, the tempered feminism, the suspicion of political dogma—have made Cochrane a unique figure on the Canadian political landscape. The N.W.T. legislature may be non-partisan, and the territory itself a minor player in national politics, but she has already been identified as a potential ally of Justin Trudeau at a time when six provinces representing more than half the country’s population are governed by conservative parties.

A budge on the budget. Weeks ahead of the next Liberal budget, a few details have seeped through. A memo sent to Minister of Finance Bill Morneau, obtained by the Canadian Press, indicated that affordability was foremost on Canadians’ minds. Specifically, that meant child care, education and prescription drugs. The Liberals made several election promises to help middle-class Canadians with affordability, including a $535-million expansion of before- and after-school care spaces. It’s unclear whether that promise will make its way into the budget, however.

Rudy can’t fail? Federal Conservative leadership candidate Rudy Husny made the rounds on the Sunday talk shows, pitching himself as the only Francophone candidate, and one who would take the party in a new direction after their recent loss in October. Husny, one of the lesser-known names in the race, is young, fluently bilingual and socially progressive, which makes him seem electable, until you learn that his claim to fame is twice running for parliament against Tom Mulcair, 2011 and 2015, and losing both races by wide five-digit margins. It tarnishes his sales pitch just a bit.