The coronavirus shuts down Ottawa. Welcome to social distancing.

Politics Insider for March 14: The PM and six ministers, along with the Bank of Canada governor and top public health officials, offered a long list of federal action on the coronavirus. Here's what went down on Friday the 13th. 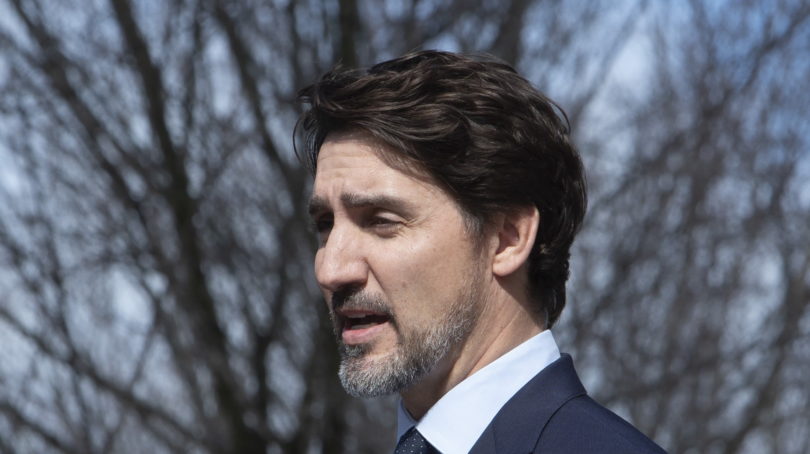 The first time Canadians heard from their Prime Minister yesterday was on old-fashioned CBC Radio, where Justin Trudeau spent a few minutes on The Current talking about his own health, as well as that of his wife Sophie Grégoire Trudeau, who had a day earlier tested positive for the coronavirus. He also told the country that his government would have more to say later in the day. Six of his ministers took to the mic over the next several hours, and Canadians also heard from opposition parties, the governor of the Bank of Canada and seemingly omnipresent public health officials. It was a lot to consume, so we’ll break it down.

The first big news: The House of Commons agreed to suspend its sitting until April 20. Government House Leader Pablo Rodriguez, flanked by his opposition counterparts, explained that the federal budget date—set for March 30 just days ago—would be postponed indefinitely. He also said the suspension could be extended. Tory MP Mark Strahl said the parties enlisted the auditor general of Canada to comb through any government spending not explicitly scrutinized by Parliament in the interim.

Rodriguez & co. also announced the unanimous passage of the new NAFTA implementation bill, which they sent to the Senate before adjourning. The Senate swiftly passed the bill before senators also adjourned until the same date in April. Before long, the new NAFTA had received royal assent and Canada joined the U.S. and Mexico in giving a final stamp of approval to the trade deal.

Ottawa took a breath, then heard from a phalanx of six cabinet ministers, led by Deputy PM Chrystia Freeland. By her side stood Health Minister Patty Hajdu, Public Safety Minister Bill Blair, Transport Minister Marc Garneau and Rodriguez. Theresa Tam, the chief public health officer, was there, too, along with her deputy Howard Njoo. They announced a lot of things:

When the ministers wrapped up, Trudeau walked out of his residence at Rideau Cottage to a waiting lectern where he built on his morning radio interview. Trudeau confirmed what Canadians already knew: he will remain in self-isolation, along with his three kids, and Sophie will live in quarantine as she recovers. The PM also alluded to “significant fiscal fire power” at the feds’ disposal as they fight the virus. He mentioned Finance Minister Bill Morneau would have more to say on that.

Shortly after 2 p.m., Morneau entered the National Press Theatre where his cabinet colleagues had stood minutes before. He sat with Stephen Poloz, the governor of the Bank of Canada, and Jeremy Rudin, the superintendent of the Office of the Superintendent of Financial Institutions. Morneau hinted further at a “significant stimulus program” that he said would come next week. But they had more announcements:

South of the border, U.S. President Donald Trump declared a national emergency as coronavirus cases spike. Earlier, Trudeau had said the two countries were “working very closely with our counterparts in the United States to coordinate our efforts at the border and to align our efforts.” Trump, however, told a reporter that when he spoke to the PM the border never came up. Several reporters asked Trump if he was certain of his own clean bill of health, given his close contact recently with a Brazilian official who tested positive. Eventually, Trump claimed he’d probably be tested (“for other reasons”) at a time to be determined later (“we’re working on a schedule”). Watch his full press conference here.

Scott Gilmore, meanwhile, asks whether Canada will need to close the border to travellers. “The single most likely vector for the coronavirus to spread into Canada, without question, is the movement of people across our southern border.”

With March Break around the corner, public spaces usually teeming with families in the nation’s capital are closed. Every national museum is shuttered temporarily, as are all city facilities. And federal bureaucrats across the country will, if their jobs can swing it, work from home. This is social distancing, Ottawa-style.