The feds find $350 million for struggling charities. But is it enough? 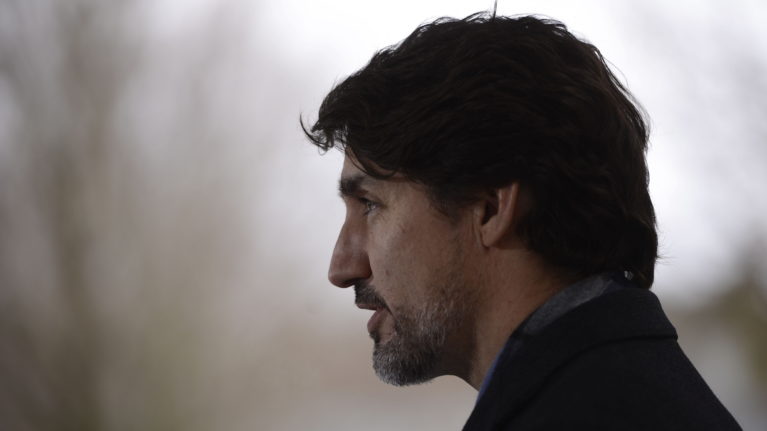 Every few days, Prime Minister Justin Trudeau checks another swath of Canadians off his list of those in dire need of emergency assistance. Yesterday, Trudeau announced $350 million for charities that have witnessed donations plummet during the pandemic. The Emergency Coalition of Canadian Charities had called for $10 billion in stabilization funding. (Read the rest of Trudeau’s remarks here.)

The PM also announced a new calculator for businesses that hope to qualify for the soon-to-be-launched federal wage subsidy. Applications open next Monday—start your engines soon, right here—and money will flow in early May.

Beef might get a bit pricier, said Trudeau, after a meat-processing plant in southern Alberta announced a temporary closure due to a coronavirus outbreak. The facility operated by Cargill is typically responsible for more than one-third of Canada’s beef-processing capacity, CBC News reported. The feds are keeping a close eye on the situation. “We are not, at this point, anticipating shortages of beef, but prices might go up,” said Trudeau. “We will, of course, be monitoring that very, very carefully.”

The doomed 30-year battle to stop a pandemic: Public-health experts who study pandemics have spent decades trying to keep the attention of politicians. Paul Wells‘s exhaustive account of those efforts includes exclusive interviews with preeminent officials who came closest to readying their countries for disaster. Canada’s coronavirus ill-preparedness, he writes, didn’t start or end in Canada.

You will be disappointed or relieved to learn that, despite this grim little stroll down memory lane, this is not a story that attempts to blame Justin Trudeau for a global pandemic. The “severe acute respiratory syndrome coronavirus 2,” to use the devious beastie’s formal name, had already jumped plenty of international firewalls before it started to wreak havoc in Canada. The most lurid example of system failure and leadership abdication, with a human cost proportionately far higher than in Canada, was taking place next door in Donald Trump’s United States.

If you’re not a trader on oil markets, you might have been confused by the news that the price of oil dipped into negative territory this week. Bryan Borzykowski breaks down why the price crash is happening and why Canada’s economic future is even darker than analysts are predicting. He also scrounges for a tiny silver lining. Spoiler alert: it’s tiny.

The killer’s name: As Nova Scotia reeled from the murderous rampage that took the lives of one Mountie, at least 21 others and eventually the suspected killer himself, Trudeau implored journalists to focus on the victims, not the gunman. “I want to ask the media to avoid mentioning the name and showing the picture of the person involved. Do not give him the gift of infamy,” he said. Terry Glavin, writing in Maclean’s, took umbrage at that particular instruction.

Are we not all shocked and grieving and united in our sorrow and disbelief? Isn’t Trudeau himself proposing a wall between journalists who merely choose to name the killer and those of us who would expect them to, and editors who will ignore Trudeau’s advice and those of us who would want them to? Wouldn’t a wall like that immediately divide the mourners into Trudeau’s more ardent supporters on one side, and his equally fervent detractors on the other?

As scientists scramble to find a COVID-19 vaccine, the Public Health Agency of Canada recently published some timely polling on Canadians’ views of vaccines. The vast majority of the general public and health-care providers support vaccination, but there’s one startling exception: midwives. Only 72 per cent said vaccines were “an effective way to reduce the risk of disease,” and 68 per cent said they’re “generally safe.” Those averages among other health-care workers were typically greater than 90 per cent. Read the full report from Environics Research.

Yesterday’s talker in Ottawa came in the form of a healthy dollop of gossip, courtesy of former Aussie PM Malcolm Turnbull. The National Post quoted heavily from Turnbull’s just-released autobiography, A Bigger Picture, in which shade was thrown at Trudeau’s conduct during Trans-Pacific Partnership negotiations in 2017. One real quote: “‘Justin,’ I said, ‘we’re not here to talk about your socks.’ ”

The two leaders’ trading of smiles in the so-called “family photo” at that year’s APEC conference masked all the behind-closed-doors theatrics. (This surely barely registers in Australia’s scandal-ridden political landscape. Just google Barnaby Joyce for the proof.)