The five stages of China's fury towards Canada

Politics Insider for January 18: Liberals say no to Wang rejoining Burnaby South race, why Andrew Scheer has the most to lose in the byelection, and Canada-China relations find a way to get worse 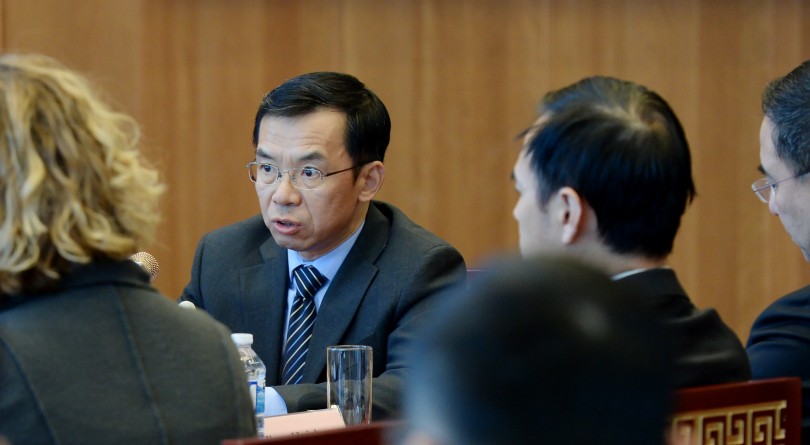 Chinese Ambassador to Canada Lu Shaye meets with media at the Embassy of the People's Republic of China in Ottawa on Thursday, January 17, 2019. THE CANADIAN PRESS/Sean Kilpatrick

We’re often told not to pay too much attention to byelections, but as anyone who has driven past a car crash can attest, it’s hard not to gawk.

The day after Karen Wang resigned as Liberal candidate over a racially-tinged social media post, Wang announced she wanted back into the race as a Liberal if Prime Minister Justin Trudeau would have her. The Liberals would not, with the party saying her WeChat message highlighting Jagmeet Singh’s Indian heritage was out of line with its principles. That’s left Wang vowing to run as an independent as she tries to clear her name and reputation: “Recently, I have been labelled a racist, which really, really makes me hurt. I feel like I am abused and I am insulted, and this is not me at all. I am not a racist.” (Canadian Press)

As one local reporter described it, Wang’s first press conference since her resignation was a “gong show“—complete with a librarian chasing the former candidate and her attendant media throng off library property, a crying mother and a rambling statement from Wang that included the requisite defence that an underling did it. (Burnaby Now)

The Liberals have until Feb. 4 to pick a new candidate. Here’s a look at six possible picks, ranging from the safe (Cyrus Eduljee who lost the Liberal riding nomination to Wang) to the “long shot”, former premier Christy Clark. (The Georgia Straight)

NDP leader Jagmeet Singh, who is running in the riding to win a seat in the House ahead of the federal election, continues to face persistent questions about whether he’ll step down as leader if he loses. No, he insists to the CBC in an interview that will air in full this weekend. Presumably the CBC also asked about his embarrassing national flub of seeming to be unaware of developments in the Canada-China feud. (CBC News)

Yet for all the struggles faced by the Liberals and NDP, it’s the Conservative who might have the most to worry about coming out of the Burnaby South byelection. A poll in the riding put the candidate for Maxime Bernier’s People’s Party at nine per cent, a showing that, were it replicated on a national scale, would make it utterly impossible for Andrew Scheer to win, writes Stephen Maher:

If Max’s candidate gets that many votes, it will be a severe blow to Scheer’s hopes and dreams.

Max has been signing up old grass roots Reform Party organizers, and he has launched riding associations across the country. He could fail to elect any MPs in 2019 but still spoil Conservative chances in the splits, particularly in Ontario, and allow Trudeau to benefit, as Jean Chretien did before Stephen Harper united Reform and the Progressive Conservatives. (Maclean’s)

Canada-China relations reach new depths: Since police in Vancouver arrested Huawei CFO Meng Wanzhou on a U.S. warrant, China’s response has moved through several phases as it demanded Meng’s release. First there was finger wagging, something which Canadians are fairly familiar with by now. Then came the retaliatory arrests of two Canadians. Moving on, China arranged a show trial to met out the death penalty to a Canadian convicted of drug trafficking and previously sentenced to 15 years. Now we’re at the insults and threats stage.

A day after Canada’s foreign minister Chrystia Freeland said “the arbitrary detentions of Canadians … represent a way of behaving which is a threat to all countries” a spokesperson for China’s foreign ministry said Freeland “can’t help speaking without thinking.” (Canadian Press)

Meanwhile China’s ambassador to Canada Lu Shaye spoke with journalists and delivered two warnings. Canada must stop its efforts to rally other countries to support it in the dispute—in particular Freeland’s plan to use the World Economic Forum next week to enlist allies. And secondly, should Canada ban Huawei from developing the country’s 5G network, he said, “there will be repercussions.” (Globe and Mail)