The House of Commons takes a stand on the G-word

Politics Insider for Feb. 22: The House votes on whether to call China's treatment of Uighurs 'genocide,' François Legault appears to have vanquished the decades-old political order in Quebec, and Justin Trudeau gears up for his first meeting with Joe Biden 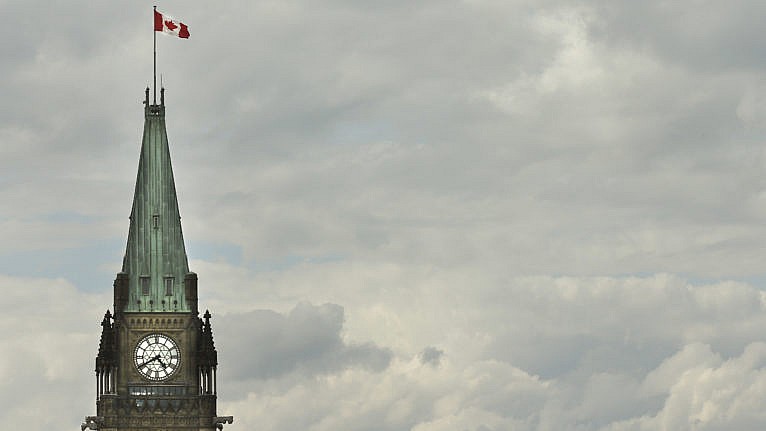 CORRECTION, Feb. 22, 2021: The newsletter version of this post, which is sent to Politics Insiders subscribers, incorrectly referred to the accusations against former chief of the defence staff Jonathan Vance. He is facing accusations of inappropriate behaviour with two female subordinates. Maclean’s regrets the error.

Today, the House of Commons is set to vote on a motion on whether to label China’s treatment of Uighurs—which reportedly involves forced sterilizations and abortions, as well as mass surveillance, indoctrination and labour camps—constitutes genocide. The motion, which is non-binding and makes no recommendations for actions the government should take, is supported by both the Conservatives and New Democrats, and puts the ruling Liberals in a difficult spot as they navigate how to handle the detainment of the two Michaels, the domestic situation with Huawei and the arrest of Meng Wanzhou.

Meanwhile, the Chinese ambassador to Canada, Cong Peiwu, proactively offered an interview to the Canadian Press on Saturday, in which he denied all accusations of mistreatment against the Muslim minority group. Cong held the long-standing party line that Uighurs are merely getting vocational and language training in the Xinjiang region.

Speaking out. You may not have heard of Maj. Kellie Brennan, but she’s the first woman to come forward and speak publicly about the misconduct accusations lobbed against former chief of the defence staff Jonathan Vance. Brennan gave a lengthy one-on-one TV interview with The West Block on Sunday, describing, in detail, how her relationship with Vance spiralled into one of secrecy and uneven power dynamics.

In Parliament today, the Defence committee will hold a meeting to investigate the allegations against Vance. Plenty of people will be brought in for interviews, including retired Supreme Court justice Marie Deschamps, who led the 2015 inquiry into sexual harassment in Canada’s military; professors Michel Drapeau and Maya Eichler; and senior officials at the department of defence, such as Denise Preston, who heads the Sexual Misconduct Response Centre, and Brig. Gen. Andrew Atherton, director general of professional military conduct.

The Coalition Avenir Québec has been riding a wave of popularity since their election in 2018, and, despite Premier François Legault stumbling through the coronavirus pandemic, he and his party remain poised to win a landslide reelection, if one were held today. How did his team pull it off? What happened to the tug of war between the provincial Liberals and the Parti Québécois, who traded reigns for the past 50 years? Philippe J. Fournier answers that question in his latest 338Canada column.

Legault has successfully siphoned away support from former PQ voters who, although Quebec independence would still be the ideal outcome, have settled for the CAQ’s approach to governing. As for the QLP, many francophone voters who had been supporting the Quebec Liberals not for their policies, but to stop the PQ from preparing a third referendum, discovered they no longer needed to vote for the QLP and gave Legault’s CAQ a shot in 2018. To wit: In the 2014 election, the Philippe Couillard Liberals had swept all ridings from the Outaouais (5 seats), Mauricie (5 seats) and Eastern Townships (6 seats) regions. Four years later, the CAQ won 12 of those seats, and the QLP was reduced to only two.

Tomorrow, Prime Minister Justin Trudeau will meet (virtually) with U.S. President Joe Biden, marking the latter’s first meeting with a foreign leader since taking office. The one-on-one chat is expected to last more than an hour, and will touch on China, Keystone XL, cross-border supply chains and economic recovery. It’s all very standard, though the most interesting part might be comparing the two leaders’ read-outs after the meeting.

On Friday, Trudeau announced that his government would be extending the Canada Recovery Benefit and the Canada Recovery Caregiving Benefit by 12 weeks, while increasing EI availability to 50 weeks total and doubling the length of the Canada Recovery Sickness Benefit from covering two to four weeks of missed work due to sickness. All this comes at an estimated cost of $12.1 billion.

Watch out this week for news about filling the governor general position. Dominic LeBlanc, president of the Queen’s Privy Council, said on Rosemary Barton Live yesterday that the government would soon have news about a reformed, expedited system for selecting a new GG.

On a related note, on Saturday night, the feds released a new version of the report that brought down Julie Payette—this time, with some redactions removed. The new information includes a long letter from October, addressed to the Privy Council Office and written by the law firm Blake, Cassels & Graydon, which raised concerns about the “procedural fairness” of the third-party review of Payette’s office.

Birch Narrows Dene Nation, a First Nation in Saskatchewan, has erected a blockade and issued a cease-and-desist notice to stop a Toronto-based uranium company after the latter entered their land without permission. The company, Baseload Energy, had been in talks with the First Nation before taking any action, and said it obtained all legal permissions to conduct a land survey—which Baselode board chair Stephen Stewart said was ecologically harmless. But Stewart also acknowledged that they didn’t ask permission from the First Nations to conduct the survey, which was happening on a trap line used for hunting, trapping and fishing. One step forward, two steps back.

At a meeting of the Public Safety and Security Committee today, Liberal MP Pam Damoff will introduce a motion to censure Sheldon Clare, president of Canada’s National Firearms Association, for comments made on a video podcast last week. On the program, Clare said an acquaintance suggested they “revisit our old woodworking and metalworking skills and construct guillotines again. And that would really be the best kind of committee of public safety, to get that re-established.” Clare denies that he was inciting violence, arguing he was merely repeating what someone told him. Stay tuned to see if the House of Commons committee disagrees.

Who exactly is Anita Anand? The national procurement minister was largely unknown before being plucked into the low-key cabinet gig in 2019. Now, she’s in charge of getting Canada the vaccines it desperately needs. The Globe and Mail ran a lengthy profile of the rookie minister on Saturday, for those looking for a political long-read this fine Monday.