The Liberal supporters who'd like Trudeau held to a minority. Yes, they exist. 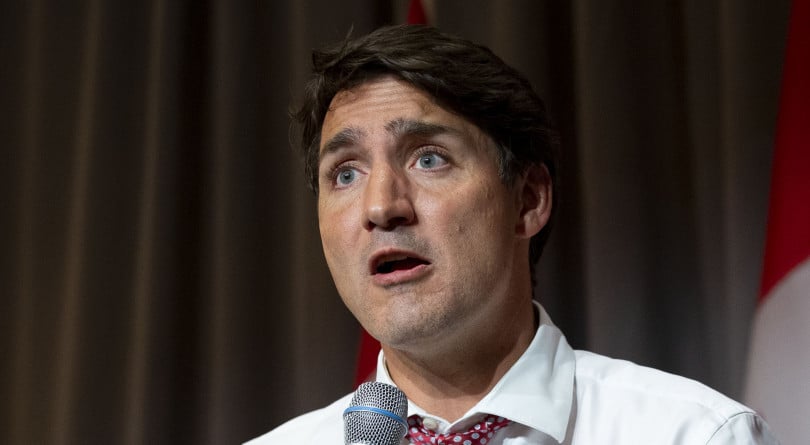 ‘That individual of whom I know’: With polls showing that two-thirds of voters support parties that want to see the price on carbon rise from where it is now (the Liberals, NDP, Greens and Bloc), Andrew Scheer doubled down on his plan to scrap carbon pricing, vowing that his government’s first act would be to axe the tax. If that sounds at all familiar, Doug Ford swept to power in Ontario on a promise to make scrapping the province’s cap and trade program his first act as Premier. Not that Scheer is capable of acknowledging Ford in anything but the most passive of language. “Doug Ford and I have met previously, we’ve chatted previously,” he said in a radio interview Thursday morning.

‘Four more (reined in) years’: We all know by now polls are showing a very likely minority government come Monday night. What might surprise you is that a significant share of partisan Liberals are actually hoping their boss is held to a minority, according to a new poll done by Innovative Research Group for Maclean’s:

“There are some voters within the base of every party that would be happy to see their party have a minority because they’re not completely sold on everything their party wants to do—which I think is healthy,” says Greg Lyle, the president of Innovative Research. “Leaders don’t get a blank cheque, even from their own people.” (Read more.)

Minority problem: One minority government scenario that’s getting a lot of attention is this: What happens if Scheer wins more seats than Trudeau, but not enough to form a majority? As Carleton University Professor Philippe Lagassé explains here, the Constitution would allow for Trudeau, as the current prime minister, to tell the Governor General that he wants to form a government and attempt to win a confidence vote in the House. However, by tradition, the party that wins a plurality of votes (the most, but not a majority) has almost always gone on to form government. (The only exception was in 1925.)

At a campaign stop Scheer called on Trudeau to resign if the Liberals wins fewer minority seats than the Conservatives. Meanwhile in an interview with CTV he went further about how he’d navigate a minority, seemingly asserting he could hold power without the support of other parties in the House: “We’re not going to ask other parties for support. We’re going to put our platform out to Canadians about how we’re going to lower taxes, make life more affordable. And we will implement that agenda. We expect that other parties will respect the fact that whichever party wins the most seats gets to form the government and that they will understand that if Canadians — when Canadians — endorse our platform, that we would have the right to implement it.”

Like father like son: While we’re on the subject of past elections, this campaign bears striking similarities to the one Pierre Trudeau fought in 1972 to just barely secure his second term. John Geddes spoke with John English, historian and author of the Trudeau Sr. biography Just Watch Me: The Life of Pierre Elliott Trudeau, 1968-2000 about the many parallels between then and now, and the lessons they offer:

That 1972 campaign was fought to a virtual draw between his Liberals and Robert Stanfield’s Conservatives, leaving a chastened Trudeau relying on NDP support in order to remain to power with a minority government.

It’s hardly necessary to remark on that there’s an echo in the air. If Justin Trudeau is reduced to an NDP-backed minority on Oct. 21, he’ll have been knocked down a peg from his surprise 2015 majority triumph in a way that’s uncannily similar to how his father was proved to be a mere mortal only four years after his storied “Trudeaumania” victory in 1968. (Read more.)

How do you say mud in Chinese?: A day after Trudeau soulfully revealed that he regrets his failure to defeat divisiveness and unite Canadians, the Liberals got down into the muck pile that has become Chinese-language political advertising right alongside their Conservative rivals. Earlier the Conservatives ran Chinese language ads falsely claiming that Trudeau plans to legalize hard drugs like cocaine. Now the Liberals have countered with their own ads targeting the Chinese community. One shows Scheer with the Chinese character for “false” stamped across his face, while the other claims the Conservatives would see the streets flooded with assault rifles.