Paul Wells: At first, it was 'imminent'. Then it was 'in the coming days'. Now it's just 'next steps.' Are governments even capable of following through? 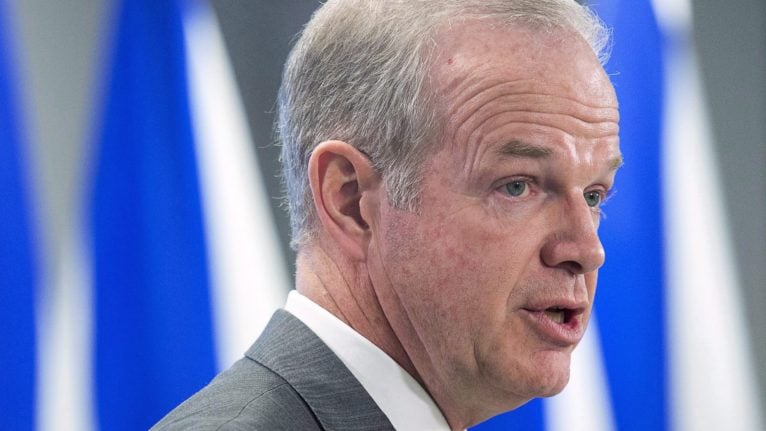 Remember that public inquiry into the worst mass murder in Canadian history? The inquiry that’s been “imminent”—that’s the word Nova Scotia justice minister Mark Furey chose—for six weeks? The one Justin Trudeau said three weeks ago he wanted to announce “in the coming days”?

It’s still not happening, and as far as I can tell both the federal and Nova Scotia governments hope you’ll forget they ever mentioned it.

I write for Maclean’s magazine. I’m writing another column on why there’s still no public inquiry into the April shootings in and around Portapique. I thought I’d check with the minister’s office to see whether you can provide my readers any update on progress toward an inquiry. Will there be one? When? What’s its structure? Will it reflect the concerns of 26 women’s advocacy and social-service organizations that called last week for a prompt, public, independent inquiry with subpoena power?

Thanks for any help you can provide. I’ll be filing my column around mid-day tomorrow, Thursday.

“The tragedy that took place in Portapique, Nova Scotia has left Canadians with many questions. We are united in our grief as we mourn the loss of 22 innocent lives, and we stand with Nova Scotians in the search for these important answers.

Minister Blair has been in close contact with Nova Scotia’s Attorney General and Minister of Justice, Minister Furey, throughout this difficult period. Our governments are working together to ensure that we take all lessons to be learned from this tragedy, and both are considering all possible tools and avenues of investigation. We will do everything possible to ensure tragedies like this one never happen again.”

I intend no criticism here of Mary-Liz Power. This is the way of the world: when you send questions to a cabinet minister’s office these days, or indeed to most large organizations in or out of government, you should not expect to be starting a conversation so much as you are initiating a process of talking-point formation. The person who transmits the resulting product is its author only in the sense that, say, a federal budget is an opportunity to find out what Bill Morneau thinks about anything.

But I note that there is no answer in this mopey villanelle to any of my actual questions. Will there be an inquiry? Blair’s office doesn’t say. When? They don’t say. What’s its structure? They don’t say. Will it reflect the concerns of passionate professionals working for women’s safety and deliver a prompt, public, independent inquiry with subpoena power? They don’t say. If I had not already been ground down by years of this shit, I would be cross.

If it’s any consolation, somebody with some involvement in… in… in whatever the two governments are doing sent me this bonus line, “on background,” so I cannot further specify whom I heard from. “We are in close contact with the government of Nova Scotia and will be announcing next steps in due course.”

This is progress. No, wait, what’s the opposite of progress? This is that. An inquiry that was “imminent” on June 2 and would be announced “in the coming days” on June 25 is now coming “in due course”—if it’s even still an inquiry. I mean, now it’s just “next steps.”

An hour later, this arrived from Jill McKenzie, a communications advisor to Furey, the Nova Scotia justice minister.

“We recognize that Nova Scotians are looking for, and deserve, answers about the tragic events that happened in April. The Department of Justice is actively engaged with the federal government on this matter and an announcement is forthcoming. The Minister of Justice will respond to the Coalition directly regarding their letter.”

This also answers none of my questions, although there’s some hope Furey’s reply to the letter from women’s groups will provide more detail. That it’s taken him nine days so far to write back to them, and counting, is discouraging but perhaps not conclusive.

Meanwhile, let’s look at how politicians used to make decisions, since you too, dear reader, are probably forgetting what that looks like.

On May 7, 1945, Germany surrendered to the Allies. In Halifax, a bustling port city with much of Canada’s Atlantic fleet in the harbour, Rear Admiral Leonard W. Murray sent thousands of sailors into town to celebrate. They did, boisterously and at times violently. Murray sent more ashore the next day. Looting and property damage were rampant and by the end of the second day, three people were dead.

May 7 and 8, 1945 were a Monday and Tuesday. On Thursday, May 10, the government of Canada appointed Roy Kellock, who’d been a Supreme Court justice for seven months, to lead an inquiry into the Halifax riots. Kellock reported on July 28.

That’s two days to call the inquiry and just over two months for it to report. Incidentally, Prime Minister Mackenzie King was out of the country the week of the riots, at founding meetings for the United Nations in San Francisco, so the Kellock Commission was ordered by Finance Minister J.L. Ilsley in his capacity as acting Prime Minister. In the old days, people made decisions without waiting around for permission.

I get that life was simpler then. Governments had less capacity. There was no internal mechanism for figuring out how a riot happened, so the feds appointed a judge. It would have been surprising if an inquiry into the Nova Scotia murders had been called in only two days.

But the growth of governments’ capacity and complexity is supposed to enhance their capability, not make them seize up. It’s starting to look like the job of convening an inquiry they say they want is simply beyond the abilities of Justin Trudeau, Stephen McNeil, and the governments they say they lead.

I’ll let you know by next Thursday whether any of that changes.