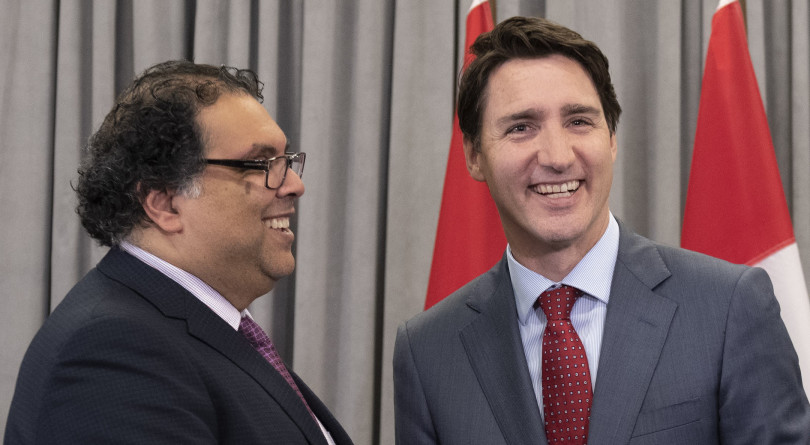 On second thought:  “Where did it all go so wrong?” is a question almost every federal party, save for the Bloc Quebecois, is asking themselves this week. But the Conservatives, as the biggest losers on election night — at least when their goals are contrasted with their results — are doing the most second-guessing.

At TVO Matt Gurney spoke with an unnamed Conservative campaign staffer about the decision to sideline Doug Ford (“Ford needed to go away until his popularity bounced back. But that didn’t mean the entire campaign. And we could have used his team. There are still people in the Ontario party that could have helped us do better because they know how to win in the 416/905, but, when we decided to break from Ford, we broke from all of them.”) and Andrew Scheer’s social conservatism (“We should have dragged Scheer to a Pride parade. That hurt us in the GTA. Abortion hurt us in Quebec; same-sex marriage hurt us in the GTA.”)

Conservative pundits, party officials and at least one past prime minister have weighed in on whether Scheer should get a chance for a do-over as Conservative leader in the next election. Scheer has reflected on his performance and concluded he’s up to the task: “It’s always difficult to fall short of goals that we’ve set ourselves. There’s no one more disappointed than me in the results of the campaign, but there’s no one more eager to get it right and fix the issues that didn’t work this time.”

Incidentally, good luck dragging Scheer to a Pride parade. ‘Not me,’ says he.

Green leaves: Elizabeth May doesn’t see herself as leader of the Green Party if the next election isn’t for another four years. She made the announcement at a press conference Thursday, noting she isn’t going away just yet. “I don’t think I will stay on as leader for four more years. I will run again, I hope. As long as my health holds up I’d love to be the Member of Parliament for Saanich-Gulf Islands for another term and I’d love to work with another leader. For the near term I think it’s very important for the health of the party that I continue as leader.”

The West wants in… to Trudeau’s cabinet: With the Liberals completely shut out of Alberta and Saskatchewan at a time when Western sensibilities are, shall we saw, raw, Trudeau has to find some way to add a Western voice to his cabinet when he doesn’t have any Western MPs to chose from. He’s got two options — tap a Western senator or go completely outside Parliament.

Political scientist David Moscrop favours the first approach, which he describes as a “a simple, elegant and partial solution“:

There are currently six senators from Alberta, four of whom sit as independents, one unaffiliated (the government liaison), and one Conservative. Inviting one of them to sit at the cabinet table would be both symbolically and substantively valuable. There are no longer regional ministers in the cabinet, since Trudeau did away with them, but regional representation remains present (albeit informally) and important to represent the federation. Symbolically, having an Albertan at the table would send a signal to the province that the government wants them at the table. Substantively, an Albertan with ties to home could help facilitate a more productive relationship between Ottawa and the province. It wouldn’t be a panacea, as no such thing exists, but it would help. Read more ››

On the other hand Trudeau can appoint anyone he wants to cabinet, and one name swirling around — after Trudeau himself dropped it during his first post-election interview — is Calgary Mayor Naheed Nenshi. Experts note there are options for bringing him into Parliament through the red chamber’s door, and Nenshi himself hasn’t ruled out the idea: “I’ve got a pretty big job now, but I’m also a loyal Canadian. I am a non-partisan, that’s why I wear purple every day, it’s red and blue. And I am always willing to help anybody who is seeking public service to do what’s best for this place. But no he did not offer me a job.”

‘It needs to stop’: As if we needed a reminder that the darkest aspects of the election campaign are still with us, a vandal scrawled a crude slur across the front window of Ottawa Centre MP Catherine McKenna’s campaign office. “I don’t even have words to describe what kind of person would do this,” she said. “It’s the same as the trolls on Twitter. It needs to stop.” The vulgar act of vandalism was condemned by politicians from all sides of the political spectrum including Jagmeet Singh, Doug Ford and Lisa MacLeod, who tweeted “My heart breaks on how she will have to explain this to her children.” As for the coverage the graffiti has received, news outlets have blurred or censored the word in photos but maybe that’s actually the wrong approach.