The secrets of Parliament Hill: Inside the heart of Canada's democracy

Parliament's Centre Block was rebuilt after a devastating 1916 fire. Learn about three key rooms in that iconic building. 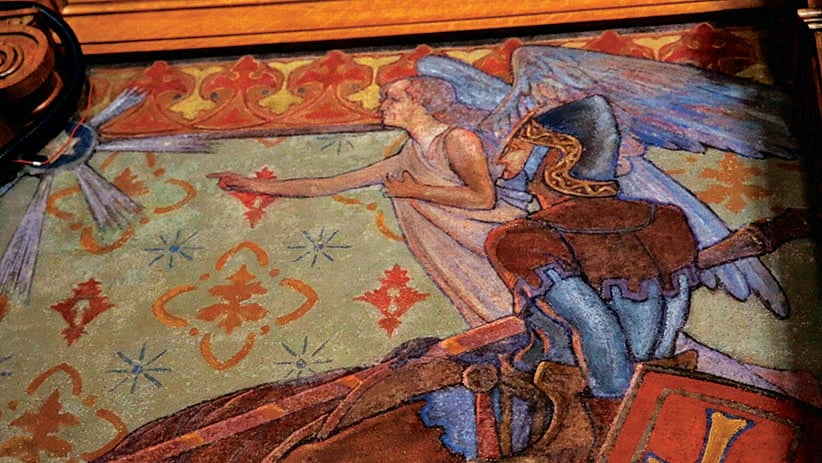 Mural detail from the Opposition Leader’s office on Parliament Hill. It is believed that Mackenzie King asked to have his mother’s face painting into the face of this angel. (Photograph by Carla Antonio)

On Feb. 3, 1916, fire destroyed Canada’s original Parliament building, which had officially opened in 1866. After the charred rubble was cleared, the Centre Block we know today rose in its place, complete with its iconic Peace Tower. Johanna Mizgala, curator of the House of Commons heritage collection, spoke with Maclean’s about Toronto architect John Pearson’s vision for the building he put at the heart of Canadian democracy. In these videos, we take you inside three key rooms, as Mizgala describes them and discusses what Pearson was trying to achieve.

Related from macleans.ca: How a new Centre Block rose, a century ago, from Parliament’s ashes