Politics Insider for April 23: Trudeau announces $9 billion in funding for students, the rumours of a secret lakeside mansion for the PM are debunked and a wormhole expert wants to lead the Green Party 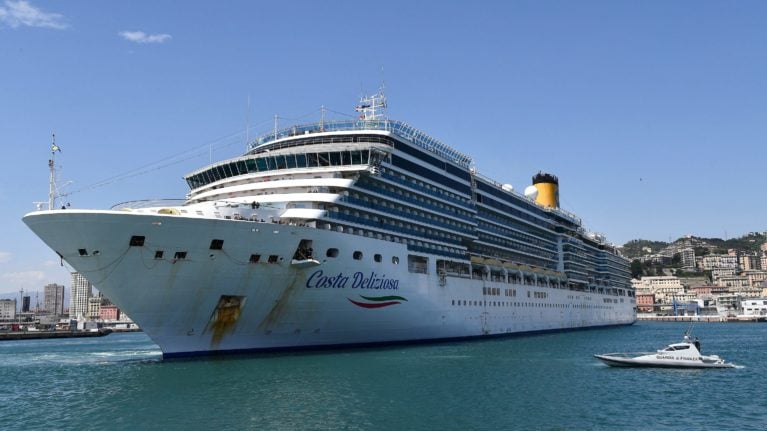 The Costa Deliziosa cruise ship undergoes a docking maneuver at the port of Genoa, Italy, on April 22.(Luca Zennaro/EPA/CP)

Add another emergency aid acronym to Canada’s growing lexicon: CESB (pronounced sess-bee?). Prime Minister Justin Trudeau yesterday announced the Canada Emergency Student Benefit, a nearly $9-billion program for post-secondary students and recent grads, doled out in $1,250 monthly payments from May until August ($1,750 for applicants with dependents or disabilities). The money, not surprisingly, needs new legislation to start flowing. Jagmeet Singh said the money won’t be enough to pay the same bills as everyone else—and repeated his consistent call for a universal $2,000 benefit.

The PM also announced the Canada Student Service Grant, which gifts up to $5,000 to students who “help their communities” during the pandemic. Trudeau also announced a beefing-up of the federal summer jobs program and expanded financial assistance. Click here for the details. (Read a full transcript of Trudeau’s remarks.)

This latest tranche of funding bumps total emergency-aid spending to $145.6 billion, according to a new federal costing (spotted by the eagle eyes of CBC News’s Aaron Wherry) that perhaps oddly categorizes a wage subsidy as “support for individuals.” When the feds lump in their “liquidity support” for businesses—in the form of new loans and tax deferrals—the whopping $230.6 billion total amounts to 10 per cent of Canada’s GDP.

Meanwhile, Conservative MPs are watching for cracks in the federal coronavirus response. Dan Albas, Karen Vecchio and Stephanie Kusie wrote a letter to cabinet that said pregnant women are being denied the Canada Emergency Response Benefit—and, anecdotally, they’re being told they “must start taking their maternity benefits immediately, even if their child is not due for several months.”

When the Costa Deliziosa docked yesterday in Genoa, Italy, the cruise ship’s arrival marked the moment at which there were officially zero Canadian passengers still at sea. But some Canadians do remain onboard cruise ships. A Global Affairs Canada update said the feds are tracking 86 vessels with 300 Canadian crew.

Lest anyone thinks lobbyists aren’t lobbying these days, The Logic‘s coast-to-coast analysis of federal, provincial and municipal registries reveals the opposite is true. “There are 657 organizations that have registered to lobby on some aspect of the pandemic in recent weeks,” they report, citing medical technology companies as “among the most prominent.”

The federal government has dropped a five-year legal fight against court rulings that solitary confinement is unconstitutional. The Globe and Mail reports that Ottawa gave notice in court filings that its lawyers are off the case as the feds “wholly discontinues the appeal.” Back in 2016, Scott Gilmore wrote in Maclean’s about the “52 months of torture” faced by Thunder Bay inmate Adam Capay, who ultimately spent more than 1,600 days “in a Plexiglas box, in an empty cellblock with no windows, and with the lights kept on for 24 hours.”

This morning, Statistics Canada is publishing its first analysis of a massive COVID-19 crowdsourcing initiative. More than 200,000 Canadians signed up for the voluntary survey that’ll tell the story of how the pandemic is hitting home for Canadians. The nation’s statisticians are also launching maps that show the neighbourhood-level impact of the coronavirus. Check all the results here.

Remember the rumours of a “brand new lakeside mansion,” alleged to have been surreptitiously built on Trudeau’s orders at Harrington Lake? A combination of Google Maps and Apple Maps archived satellite imagery that appeared to show new construction at the PM’s retreat in Gatineau Park roused suspicions among certain critics of the PM, including MP Pierre Poilievre. Well, the Canadian Press called the National Capital Commission and got some answers: the new building is a relocated guest house, known as the “farmhouse,” and its rehabilitation is no secret at all.

Amita Kuttner is the Green Party’s newest leadership candidate—and could be Canada’s first non-binary party leader. Kuttner holds a PhD in astronomy and astrophysics and has researched black holes, wormholes, quantum effects and the early universe. Kuttner is also a trained opera singer and lives on an island, off the grid, in a home “powered by solar and micro-hydro power.”