Politics Insider for Mar. 30: Cracking down on domestic travel, additional funding for vulnerable Canadians and a reluctantly postponed Tory race 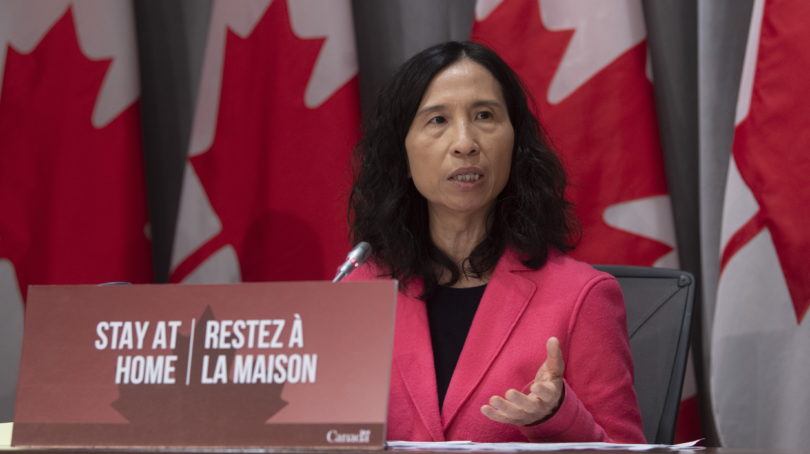 Have a cough? No travel for you. Starting today at noon, Canadians showing symptoms of COVID-19 are officially barred from travelling—even domestically. That means anyone with a cough, fever or difficulty breathing, who for whatever reason still thought it would be a good idea to get on an airplane in the first place, will officially be denied boarding by airlines and intercity rail companies, which will start screening for the above symptoms. Commuter trains, such as the GO Train in Ontario, and bus companies are exempt from these rules, because they’re under provincial jurisdiction, but the federal government says they’re in talks to pressure the provinces to enact similar legislation. Justin Trudeau detailed these measures in his daily coronavirus update on Saturday, the transcript of which you can read here.

The measures come at a critical juncture for Canada: hopefully, this week is when we’ll start to see whether the curve really starts to flatten. Theresa Tam, Canada’s chief public health officer, said she’s watching Ontario, Quebec and Alberta in particular, where the virus has spread quickly within communities, for signs that social distancing is actually reducing the rate at which new cases pop up. “I still think it’s a little too early to tell because we are only at the end of March, but next week will be very important in terms of looking at those trends,” she said.

As of Sunday night, Canada has more than 6,200 confirmed cases, with more than 60 deaths. Over the weekend, the number of confirmed cases shot up by about 2,000, largely due to an increased amount of testing and an influx of Canadians returning home from abroad.

How’s my governing? Of the Liberal government’s anxieties this week, public opinion, at least, is not one. According to a new EKOS poll, “confidence in the federal government is at 75 per cent, the highest score EKOS has ever recorded,” while 67 per cent of Canadians approve of how Trudeau has handled the situation. Philippe J. Fournier parses the data in this week’s 338Canada column:

Several of Canada’s premiers also score above their usual levels among their respective voters according to EKOS, namely Doug Ford (67 per cent), John Horgan (68 per cent) and Jason Kenney (65 per cent). However, no premier in the country is as much appreciated by his constituents as Quebec Premier François Legault, with a stunning 95 per cent (not a typo) approval rating.

Better safe than sorry. On Sunday, Sophie Grégoire Trudeau was cleared of COVID-19 by her doctor, but her husband will remain in self-isolation for two more weeks to be safe. Watching the pandemic unfold in human-scale, especially among our politicians, is sobering stuff. To wit, look no further than Governor General Julie Payette, who revealed on Saturday that her cousin died of cancer with just one person able to be by her side in those final hours due to quarantine restrictions.

Add another Canadian politician to the list of personally affected: Peter MacKay, the frontrunner for the federal Conservative party, is reportedly self-isolating after his family took a trip to Mexico from Mar. 10 to Mar 18. (To clarify: MacKay did not go, but his wife and three children did.) MacKay kept his distance after their return and moved into a hotel to focus on his leadership campaign. On Sunday, he decided to join his family for the duration of their 14-day self-isolation.

Why now? Because he suddenly has the time. The Conservatives officially decided to postpone their leadership race, though it sounds like it was less of a decision than a requirement. They cited business closures as a main reason they simply couldn’t host it on June 27 as planned, even if they wanted to. Several candidates have been calling for this postponement for weeks, including three who dropped out due to being unable to reach the fundraising milestones. (They, alas, cannot re-enter.) The one exception was always MacKay, who this past week, before the Tories’ announcement, aggressively pushed (in a series of increasingly strange tweets) for the leadership race to not be postponed. Maybe tweets… don’t actually make much of an impact?

Deleted tweet on the Prairie. Speaking of Tory tweets, Saskatchewan’s Minister of Highways, Greg Ottenbreit, tweeted a photo of a biblical passage on Saturday, which described a moment when God created an epidemic and said if people “pray to me and repent and turn away from the evil they have been doing,” they would be forgiven and their land would be restored. In his tweet, he wrote, “I guess it worked a few thousand years ago …couldn’t hurt.” He deleted the tweet shortly after, realizing it implied that prayer was the sole answer to all this chaos.

What does the end look like? Amir Attaran—a biomedical scientist, a lawyer, and a professor in the Faculty of Law and the School of Epidemiology and Public Health at the University of Ottawa—outlines in Maclean’s what the COVID-19 endgame looks like in five simple steps. Step one, which we’re sort of in the midst of, is a total lockdown, with subsequent steps involving tiers of society allowed back outside. The first tier would presumably be young, healthy people, with anyone infected by the virus able to receive help from our de-stressed health-care system. (Of all current hospitalized cases of COVID-19, people under 40 comprise 12 per cent.)

The holdup now is that some provinces are sabotaging social distancing for their pet industries. Ontario has declared all manufacturing and construction is essential, as if all goods are in equal demand and quarantined Ontarians cannot live without home renovations. Alberta considers the oil sands essential, although bitumen is being sold at a loss, and tens of thousands of employees from across Canada are stuffed into work camps that are superb incubators for acquiring and then dispersing infection and death to every corner of this country.

Sincerely, Satan. As certain politicians debate the value of re-opening businesses in just a week or two, Tabatha Southey received a timely letter from Lucifer himself, who wanted to clarify that inviting the deaths of thousands of people in the name of the economy was not a sacrifice he was especially interested in.