This week's 338Canada projection: A look at where the pollsters agree and disagree

Philippe J. Fournier: The poll average shows an incredibly close race at the top, but no consensus on where NDP support stands 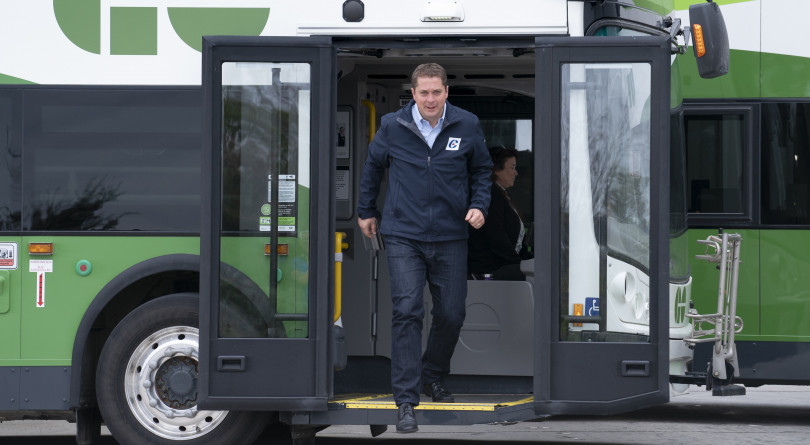 The 43rd general election campaign was launched on Wednesday and leaders have begun to tour the country hoping to convince Canadians to trust them with their vote. Canadians will elect its new Parliament on Oct. 21, five weeks from tomorrow. Already plenty of fresh data has been published about the state of the race, so let’s get right into it:

Compared to earlier this summer, federal polls have tightened up in the past weeks on where Liberal and Conservative support currently stand.

Let’s compare polls from the past two weeks to the 338Canada poll average (taken on the middle field date for each poll). Here are the results for the LPC (x-axis) and CPC (y-axis): 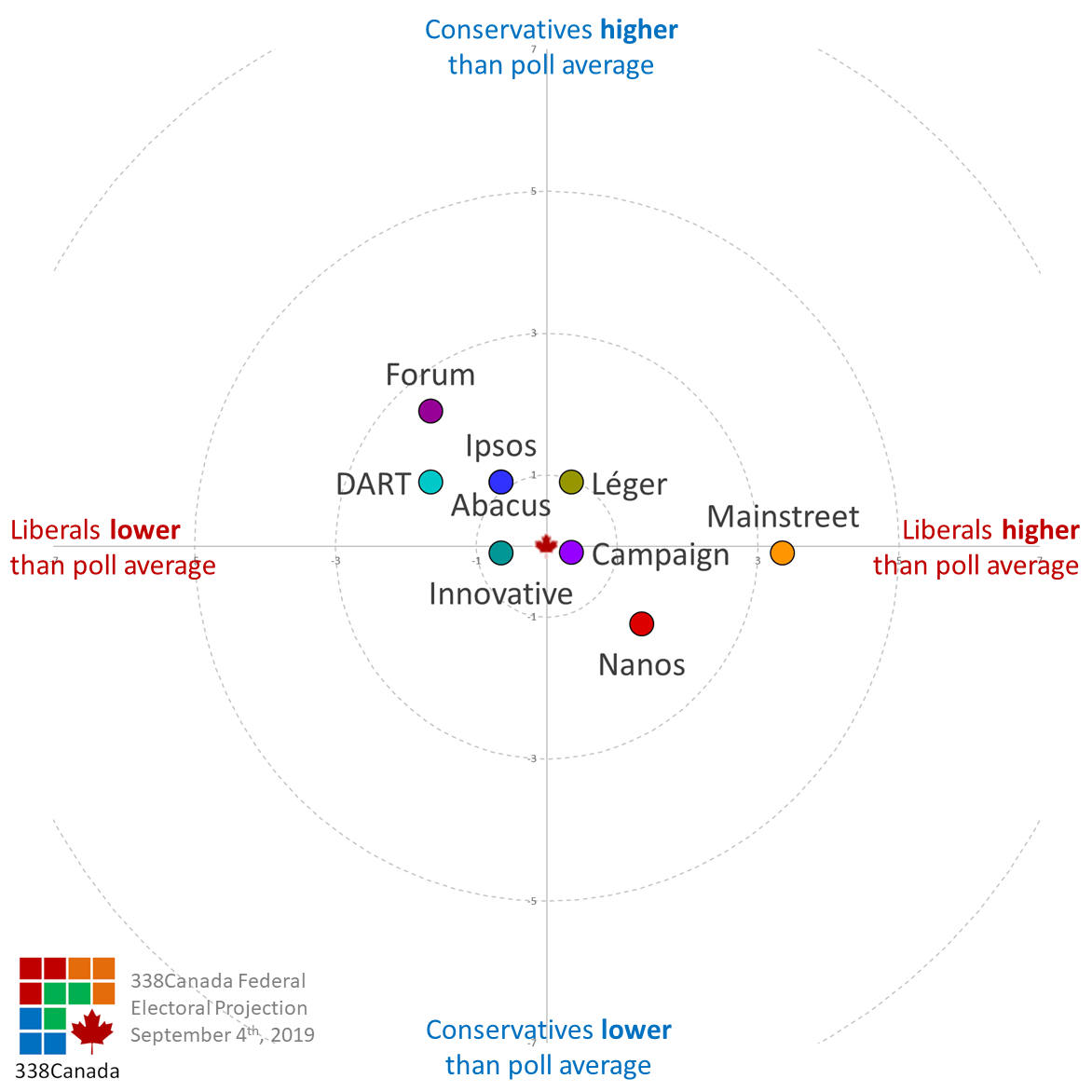 Interestingly, all polls currently stand within a three-and-a-half-point radius of the average on the LPC-CPC chart. What does it all mean? If the results of these polls appear to be telling dramatically different stories, it is because the race is incredibly close at the top. If, say, the Conservatives were leading on average by 12 points, two polls that measured CPC+9 or CPC+15 would not especially stand out. But Mainstreet at LPC+3 and Forum at CPC+4? There is a world of difference between those outcomes.

Let’s graph the same chart, but with the NDP (x-axis) and Greens (y-axis): 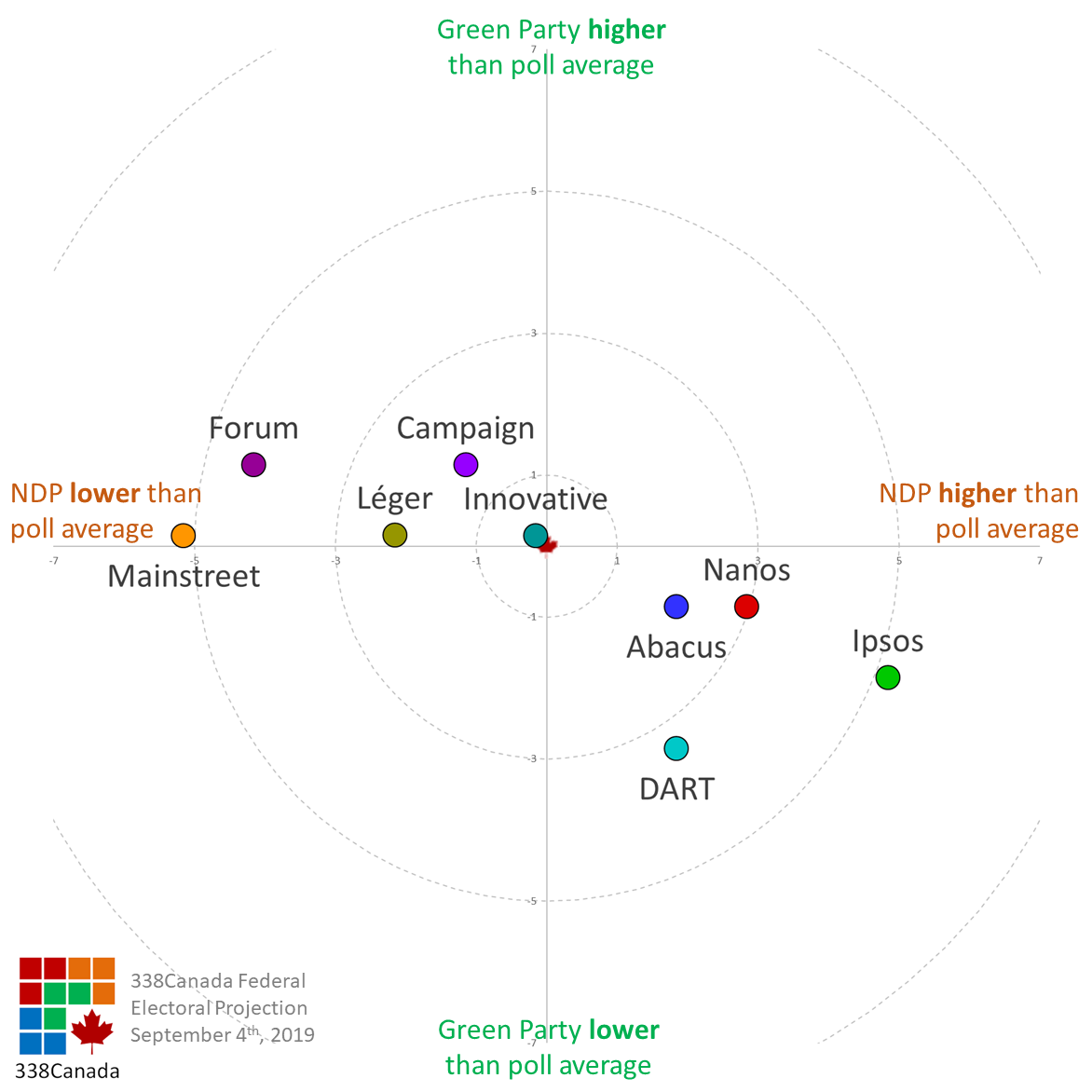 We notice there is significant disagreement among Canadian pollsters on where the NDP stands: Forum and Mainstreet, both using IVR technology (Interactive Voice Response, or automated calls), are polling the NDP in single digits (so was EKOS in late August, in yet another IVR poll) and on the verge of total collapse.

Other firms such as Ipsos, DART and Abacus—all internet panels—have the NDP ranging from 15 to 18 per cent. Nanos (which conducts live telephone polls) has the NDP at 16 per cent—a mere three points below its 2015 results. (Here is Mainstreet President Quito Maggi on the divergence between IVR and panel polls.) We will keep a close eye on these numbers as we go deeper into the campaign, but it is still curious that top line numbers generally agree, and it is the NDP support that pollsters can’t seem to agree on right now.

Here is the 338Canada popular vote projection from a weighted average of the aforementioned polls (see complete list of polls here and details on methodology here): 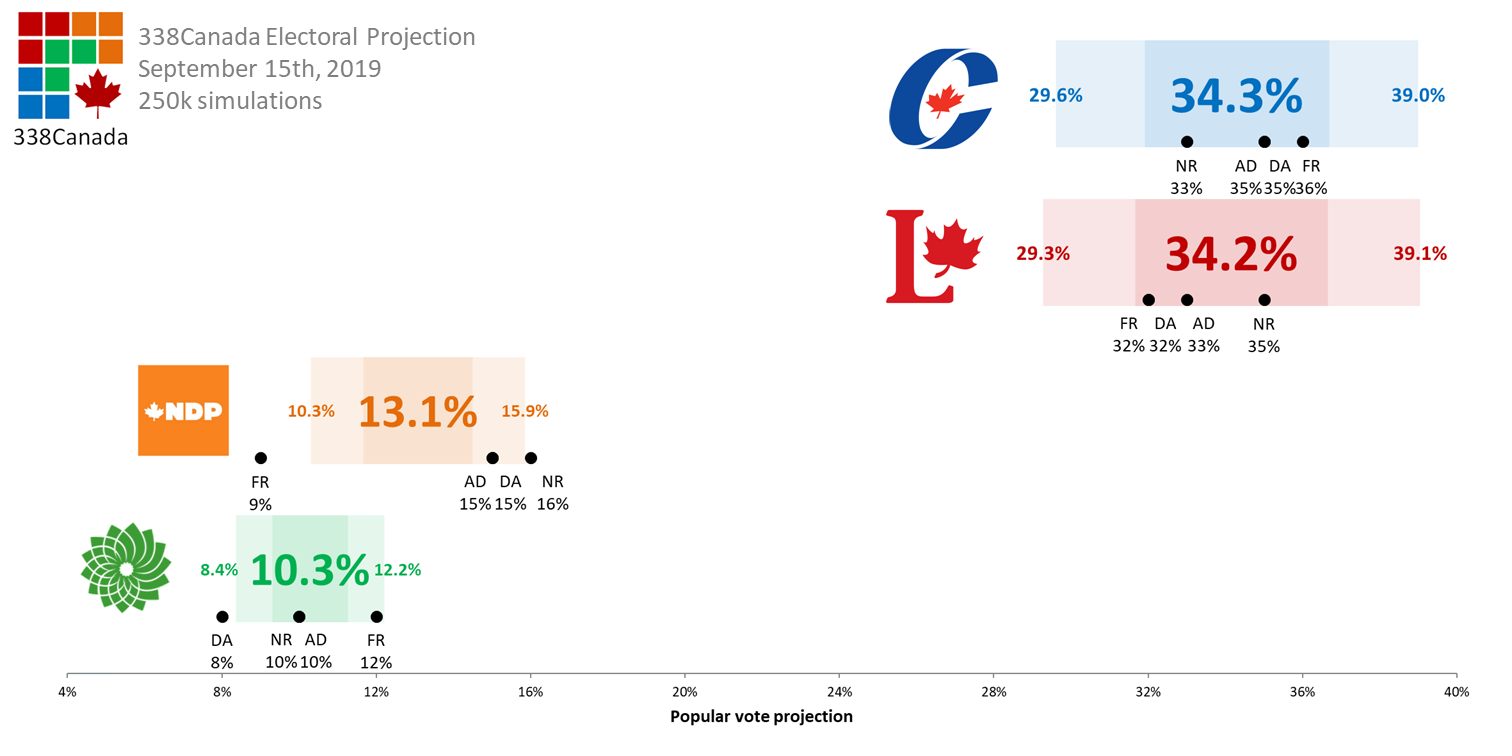 Unsurprisingly, the Conservatives and Liberals are tied—as they have been for weeks now—at 34 per cent apiece. The NDP remains a distant third at 13 per cent. The Greens remain at 10 per cent.

The regional breakdown once again favours the Liberals in terms of seats. Here is the 338Canada national seat projection: 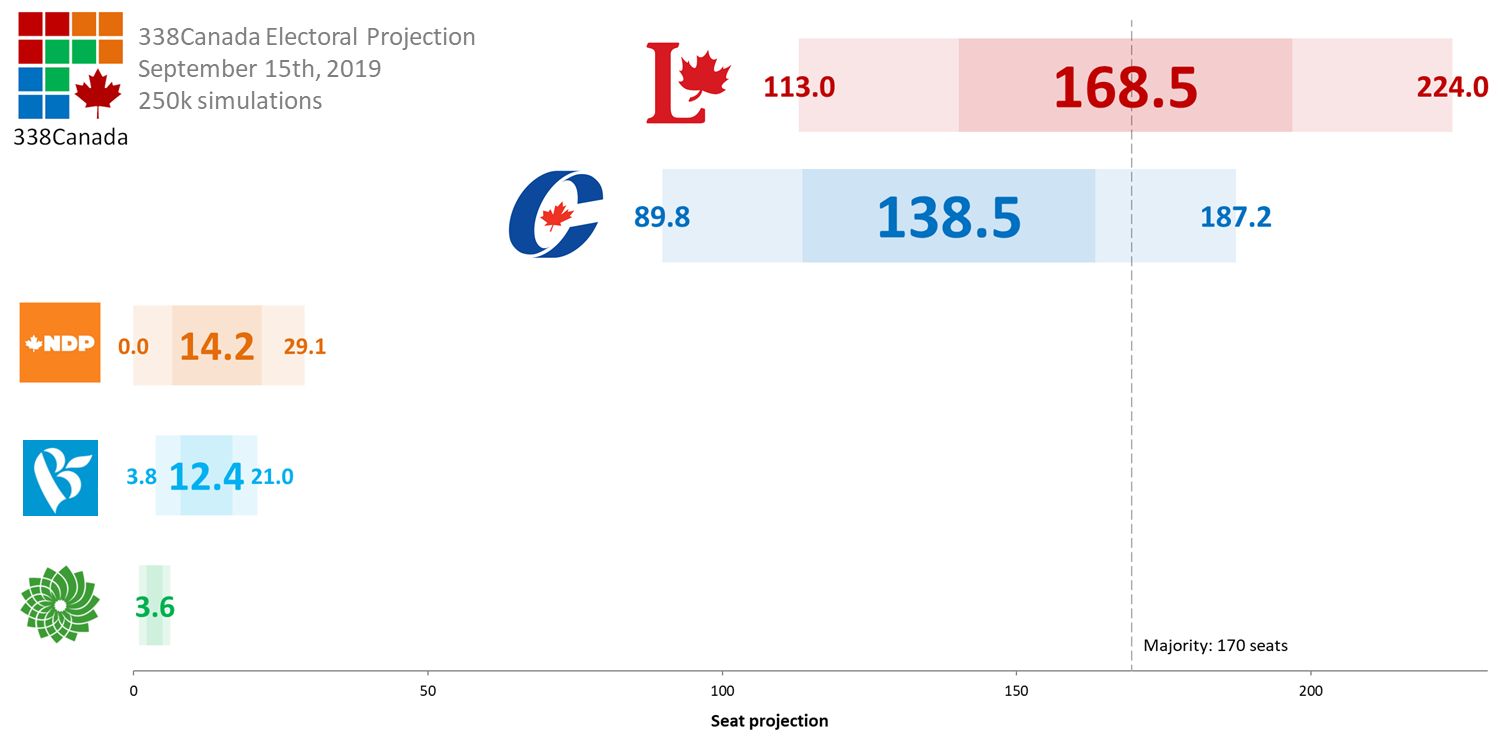 The Liberals lead with an average of 169 seats, 30 seats ahead of the Conservative average of 139. However, as was mentioned last week, the Liberals still lead in districts that are projected either leaning or toss ups, which explains in part why the confidence intervals remain so wide.

More polls are expected this week and we will know whether the first days of this campaign—which included the Maclean’s/Citytv leaders debate—have moved the needle at all.